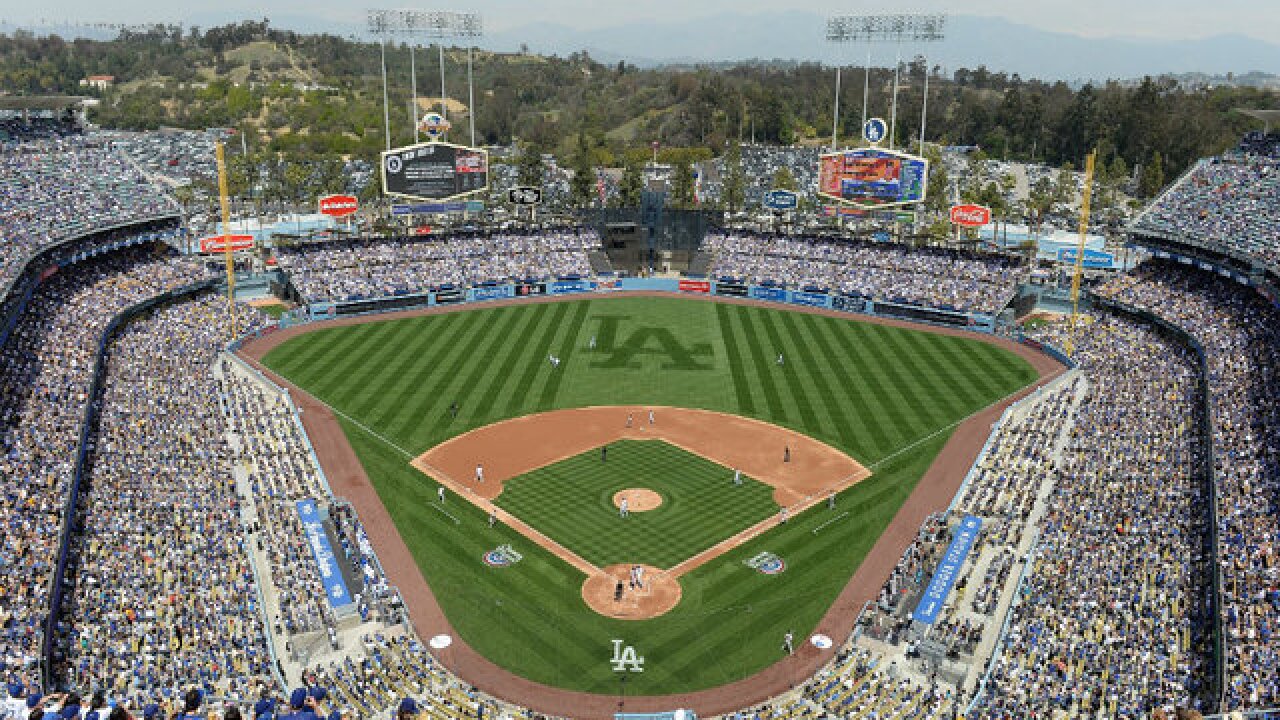 (KGTV) - An exhibition game between the Los Angeles Dodgers and Los Angeles Angels ended earlier than expected Tuesday night after a sewage leak at Dodger Stadium.

A pipe under the stadium ruptured for unknown reasons, sending sewage onto the field and into the stands near the third-base side.

Grounds crews made several attempts to clean up the leak, but the foul smell and constant flow prompted officials to call the game in the bottom of the fifth inning.

The Dodgers were leading 4-3 at the time and were awarded the victory.

Dodgers President/CEO Stan Kasten said, "Apparently there was a pipe backup on two different levels of the stadium. We don't know exactly where the backup was, or what caused it. It had something to do with a main pipe here, as well as main pipe outside the stadium."

The Dodgers’ 2018 season opener is scheduled for Thursday afternoon, but team officials said they are confident the stadium will be cleaned up and ready to go for Opening Day.