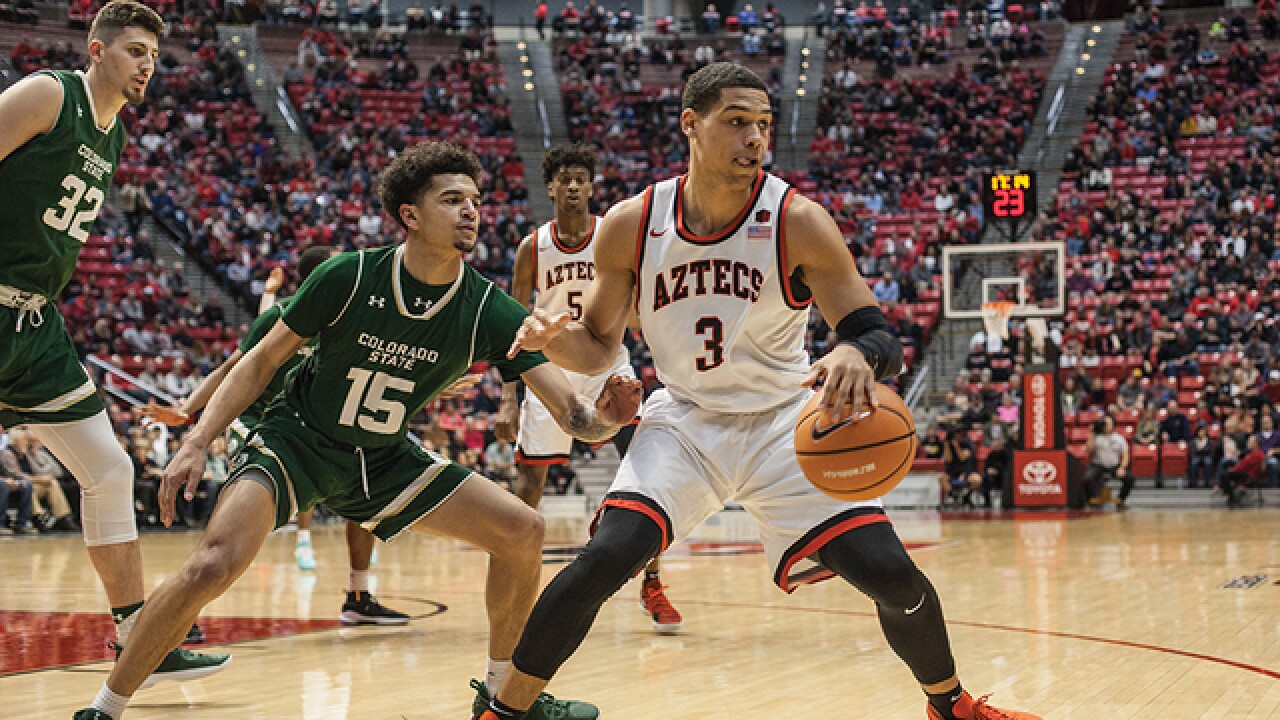 He is a captain of a 12-8 Aztecs team, one which has let second-half leads slip away in every one of its losses.

A once promising season appears to be in a downward spiral that is sending the team to the depths of the Mountain West Conference.

Whether it be blown second-half leads, blown out ankles (Kell), cases of walking pneumonia (Kell) or playing against opponents who make late-game shots better suited for the Harlem Globetrotters (looking at you Boise), this team can not seem to catch a break.

But don’t count on head coach Brian Dutcher to tell you that.

“I mean in the end you always get what you deserve in basketball,” Dutcher said after the team blew a 10-point halftime lead in a loss against the University of New Mexico on Jan. 20.

The Aztecs followed up the loss with a home victory against Colorado State University on Jan. 24, but proceeded to lose another game (and slim early second-half lead) in an 88-78 road loss to the University of Nevada, Las Vegas on Jan. 27.

Kell, whose leadership on the court has been invaluable at times, played only three minutes in the game after spraining his ankle for the second time this season.

Or, to be more specific, his other ankle.