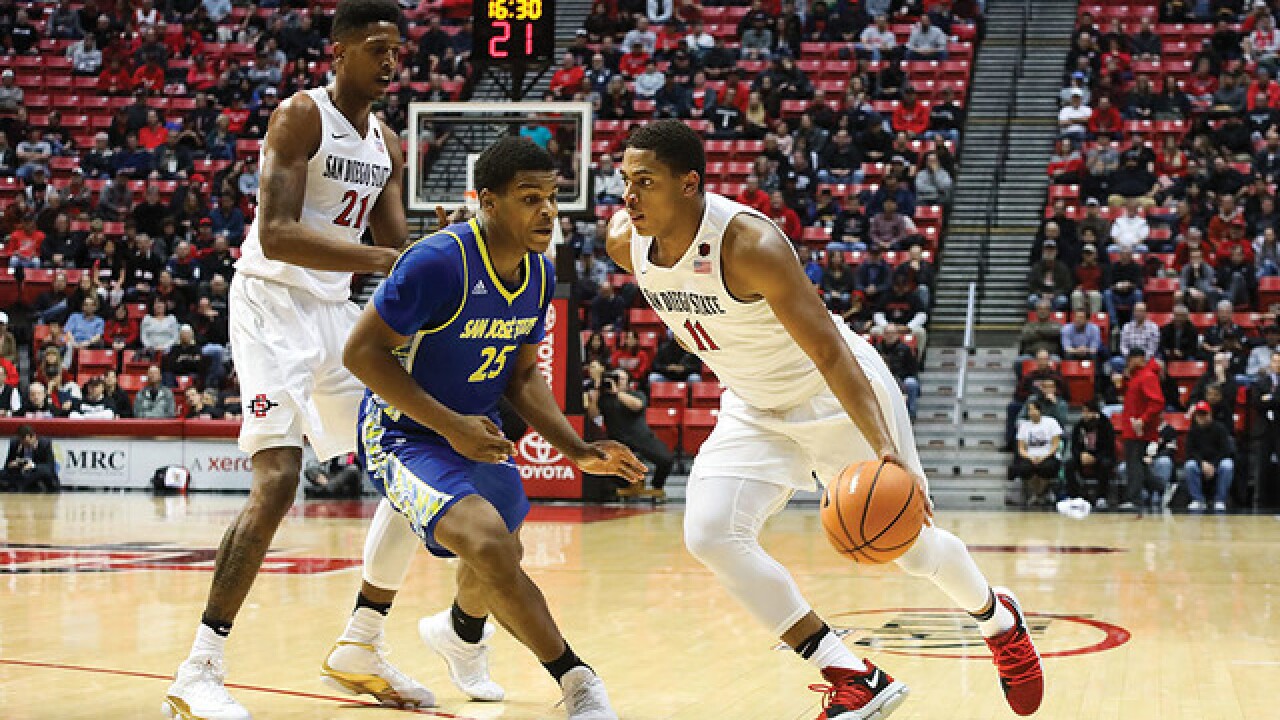 One of the pinnacle moments in San Diego State men’s basketball came on March 8, 2014.

In front of a sold-out Viejas Arena – and an incredulous Reggie Miller – the scrappy, Sweet 16-bound No. 10 Aztecs defeated The University of New Mexico to claim a Mountain West Conference championship.

Facing a 41-25 deficit late in the second half, SDSU completed a 19-1 run on its way to a 51-48 win and a court storming by the ‘The Show,’ which at that point was still known as being the most raucous crowd in college basketball.

That team was highlighted by its senior leadership, defensive intensity and ability to turn up the heat when the game was on the line.

The 2017-18 Aztecs are missing on all three fronts, something we saw come to the forefront in their embarrasing 79-75 loss to New Mexico last Saturday.