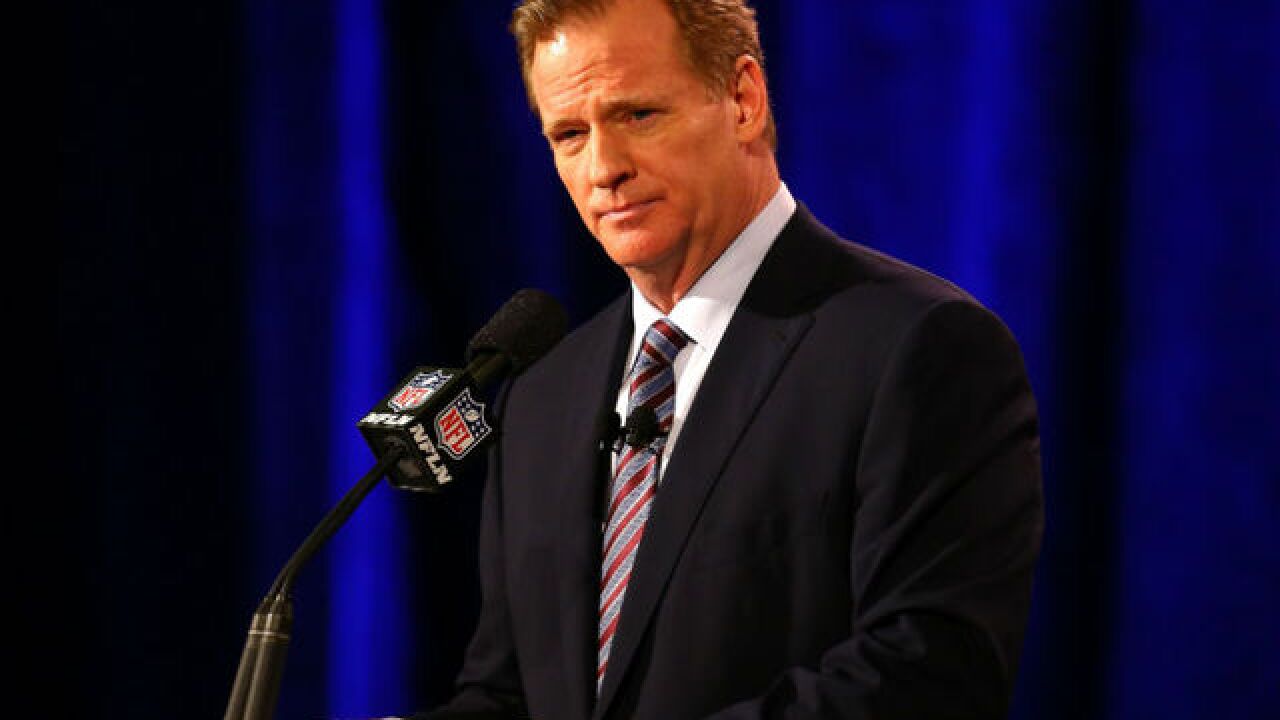 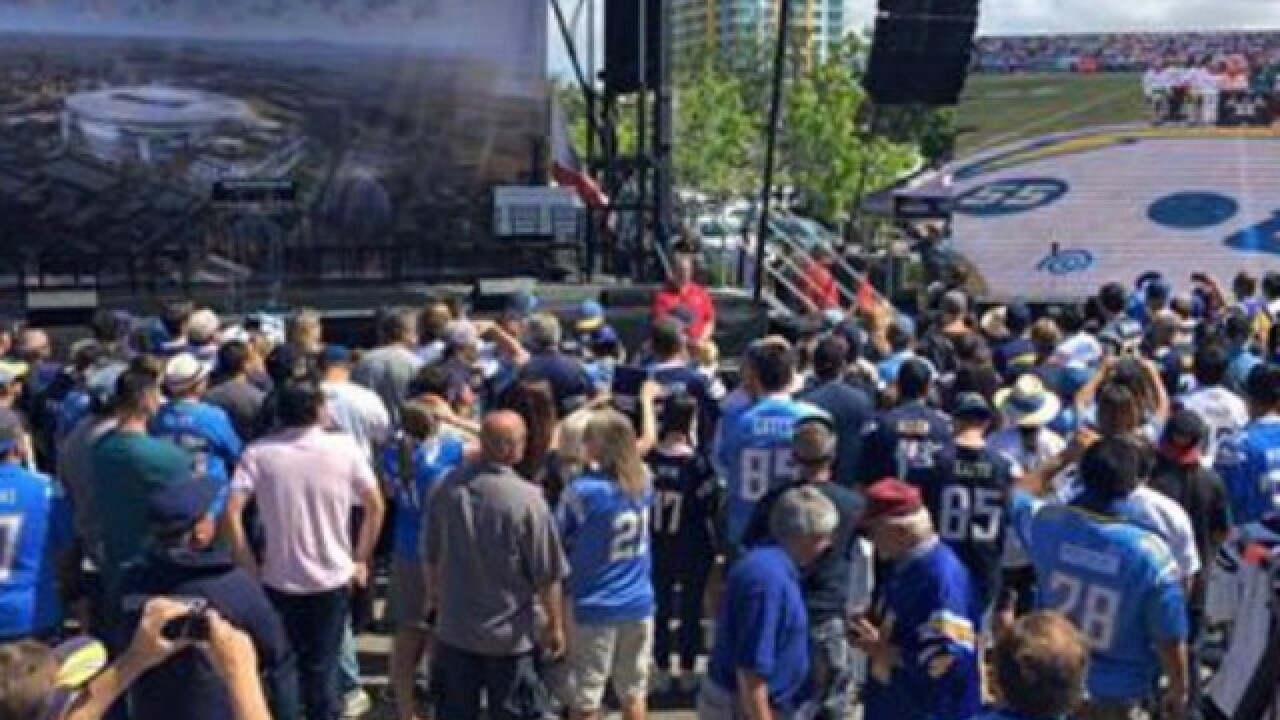 By: City News Service
Posted at 2:00 PM, Apr 19, 2016
SAN DIEGO - Hundreds of San Diego Chargers fans turned out Saturday morning for the team's signature drive kick-off event to qualify a stadium ballot measure at the East Village site of the proposed 61,500-seat facility.
"I know there's a lot of work to be done. I hope I'm still around to play in it," Chargers quarterback Philip Rivers said. "Let's get it done and go Chargers."
The event was held at the Padres tailgate parking lot at 13th and K streets.
"We have a tough road ahead of us. Once we win it, there's going to be a stadium right where you're standing," team owner Dean Spanos told the cheering crowd.
National Football League Commissioner Roger Goodell thanked the crowd for showing its passion and said it would be a great site for a Super Bowl.

RELATED | Chargers reveal downtown stadium, convention center expansion renderings
"We support the Spanos family for making it work here for the Chargers," Goodell said. "The Chargers belong in San Diego."
Former Chargers running back LaDainian Tomlinson, who travelled from Texas to appear at the event, approached the podium to loud cheers and chants of "L-T, L-T, L-T!" He reminded the crowd that the Chargers have been in the community for 55 years, the same number worn by former Charger linebacker Junior Seau.
"Let's build a stadium for the next 55 years, San Diego, you deserve it," Tomlinson said. "Thank you so much San Diego, I love you!"
The Chargers need about 67,000 valid signatures to qualify an initiative for the November general election ballot that would, if passed, raise the city of San Diego's hotel room tax to 16.5 percent to pay for construction of a $1.8 billion stadium and convention center annex. Only voters registered in the City of San Diego can sign the petition.
The hotel room tax is 10.5 percent, with an additional 2 percent fee that pays for tourism promotion, making the increase effectively 4 percent. The initiative would require two-thirds voter approval in November because of the tax hike.
The Chargers have pledged to chip in $350 million and use a $300 million loan from the NFL.
Team officials held the event for city residents to learn more about the plans, register to vote and sign the petitions. The event included food, live music and confetti.
It comes after the Chargers, over the past couple of days, unveiled conceptual renderings of how their project would appear when complete, and announced an agreement with organized labor over the terms of employment for thousands of workers in the building trades.
"Don't let them tell you we can't do something great," Rep. Scott Peters (D-San Diego) said. "Make sure this project is awesome."
The event was also attended by Reps. Juan Vargas, (D-San Diego) and Darrell Issa, (R-Vista), but not San Diego Mayor Kevin Faulconer.
"This is good for San Diego, I want to ask the mayor to get behind this," Vargas said. "Mayor, get off your duff, let's go."
Not everyone at the event was enthusiastic about the proposed project. April Boling of the San Diego County Taxpayers Association visited the site for TV interviews before the event got under way.
"I want the Chargers to remain in San Diego and I support a reasonable public contribution for a stadium, but I won't sign the Chargers' measure because it is not a good deal for taxpayers," Boling said in a written statement. "If voters think the Chargers have presented a good deal for San Diego they should sign the team's measure and vote for it in November, but if they don't they should decline and spare taxpayers the costs of placing it on the ballot."
The Chargers have been asking for a Qualcomm Stadium replacement for more than 15 years. In January, NFL owners rejected their plans to build a playing facility in Carson jointly with the Oakland Raiders, after which Spanos announced he would give San Diego another try.
Spanos said he has an agreement in place to have the Chargers become the second team in a future Inglewood stadium with the Los Angeles Rams, if the San Diego effort falls through.
More information about the proposal and where to sign the petition can be found at www.signforsandiego.com.
City News Service Modified 2016