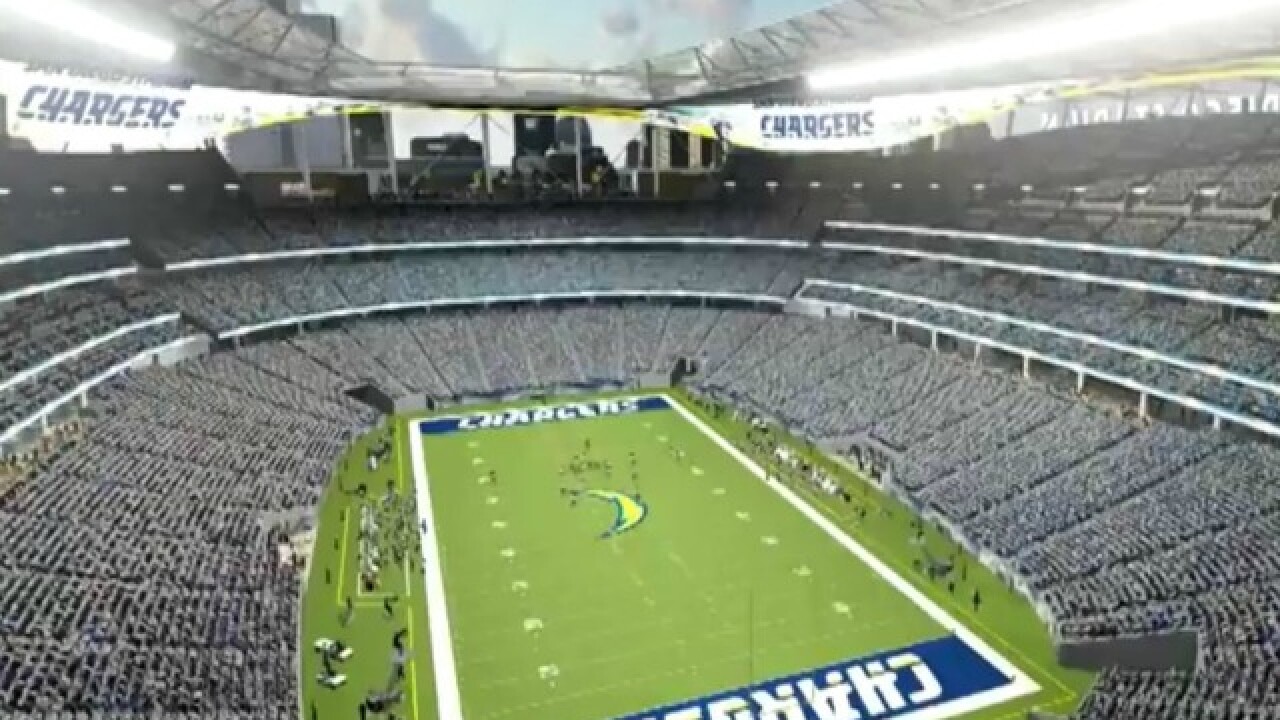 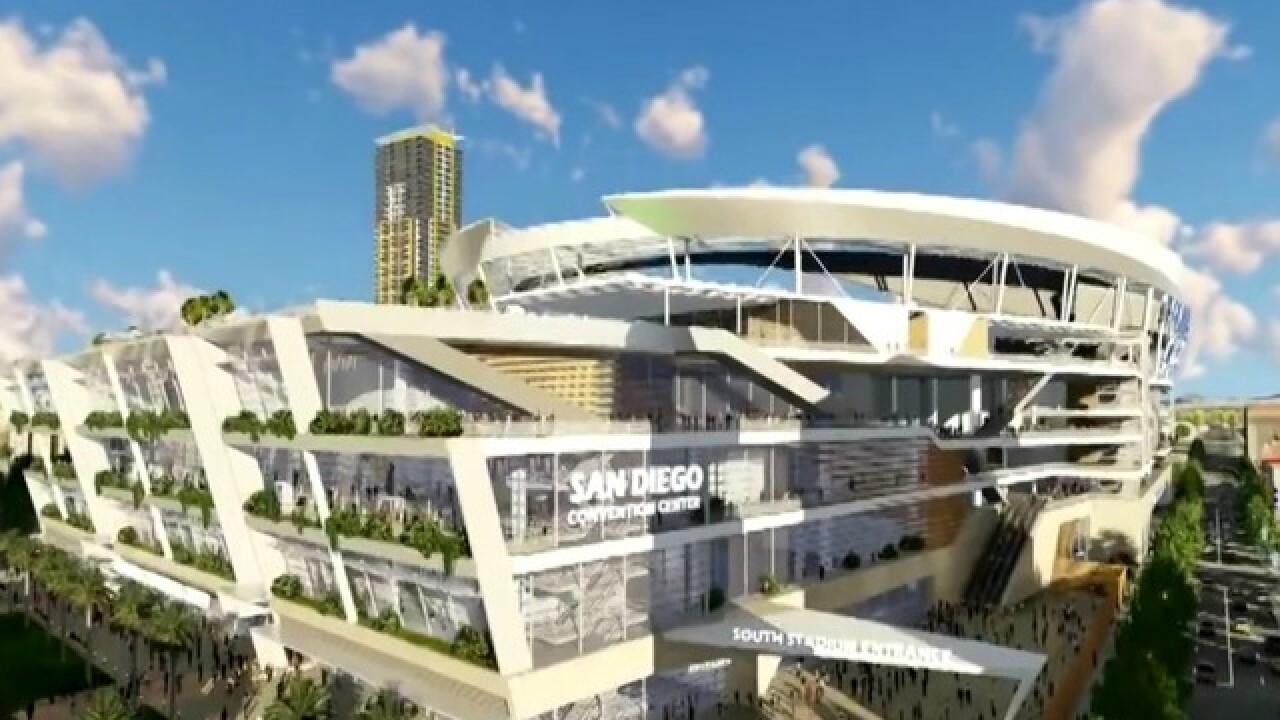 Called "Heart of San Diego," the video begins with Fouts talking about the qualities of San Diego, Chargers fans and his 15 years with the team that "created lasting memories."

Computer animation shows the design of the 61,500-seat stadium, both inside and outside with how it fits in the proposed site in the East Village, near Petco Park.

The funding plan for the project will go before voters in November. It calls for an increase in the city's hotel room tax along with contributions from the Chargers and National Football League.

"This project would not impose any new taxes on San Diego citizens," Fouts said in the narration.

"Instead, it would be paid for by tourists, convention-goers and out-of-town business people staying at local hotels," he said. "What could be sweeter than Raiders, Broncos and Patriots fans all helping pay for the project when they pay their hotel bill?"

Because of the tax hike, the project will require the Chargers' initiative to gain two-thirds voter support in the election.

"It's been heartwarming to see how many people have embraced our vision for downtown," team Chairman Dean Spanos said at the end of the video.

"This new facility will be much more than a stadium, it will be a world-class event center for San Diego that will create new convention space and attract new sports and entertainment events year-round," Spanos said. "I hope you'll take some time to consider our proposal and know that we're here to listen and respond."

Earlier this week, the city of San Diego's Tourism Marketing District released a consultant's report critical of the team's proposal.

Among other things, the study conducted by Convention, Sports & Entertainment Facilities Consulting of Chicago, said the complex would generate only $2.3 million in additional annual hotel room tax revenue, while costing $67 million a year in public investment.

The report also stated the 385,000-square-foot annex is too far from the existing convention center to be used by a single meeting, that event planners prefer the location of the current center and its proximity to hotels, and that the proposed annex floor space would be unacceptable, among other things.

Area tourism industry leaders back expansion of the convention center at its current site, believing that will allow Comic-Con International to remain in San Diego and attract the largest trade shows, which go to cities with larger facilities.