Chargers QB Philip Rivers gets emotional when addressing future with team, in NFL 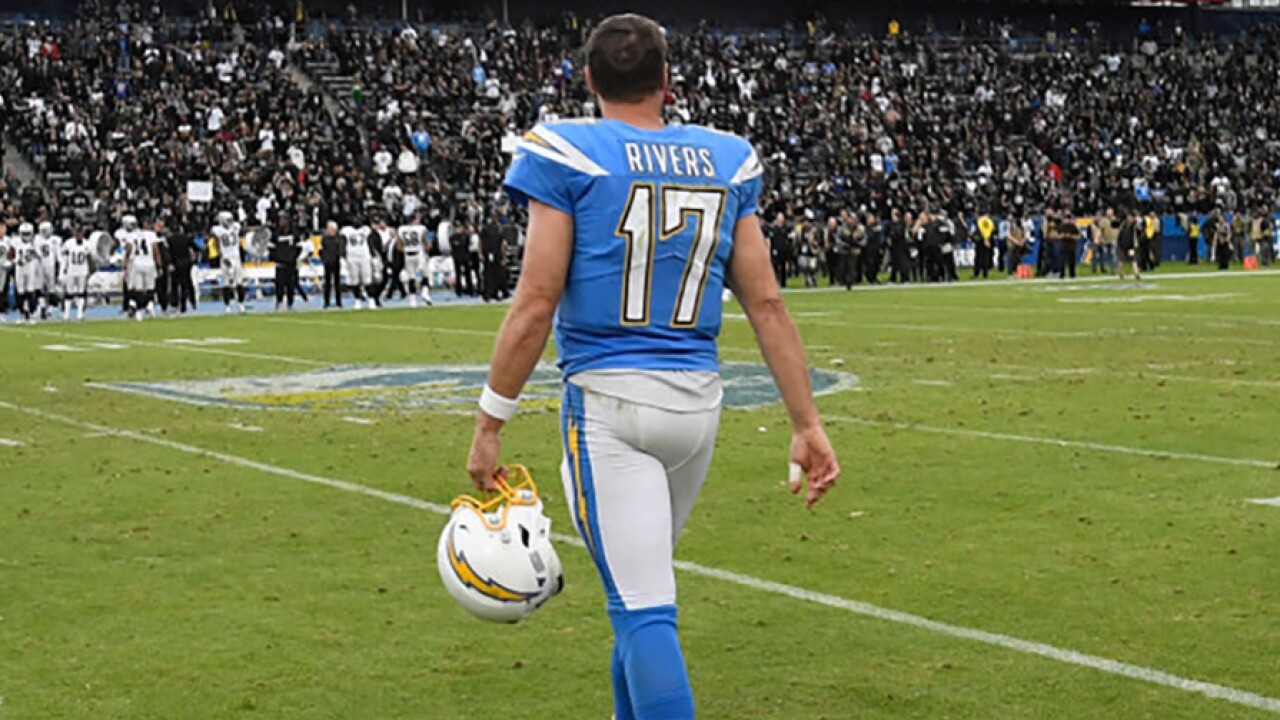 (KGTV) -- The 2019 NFL season ended in disappointing fashion Sunday for Chargers quarterback Philip Rivers, and with that came questions about whether this was the end of the veteran signal-caller’s time with the team.

Following Los Angeles’ 31-21 loss at Kansas City that dropped them to a season-ending 5-11 record, an emotional Rivers addressed his future with the Chargers and in the NFL.

“I can say I gave it everything I had, every week. And maybe it means an interception when it’s fourth-and-18, and you’re down 10. Because I don’t care if it’s gonna say, ‘Two interceptions’ -- I really don’t, I ain’t quittin’. I think that, doing it with so many guys over 14 years and going to the locker room, win or lose, and saying, ‘Dadgum it, we fell short, or we won,’ but shoot, I couldn’t have tried any harder,” said Rivers.

The 38-year-old acknowledged that he “didn’t do enough this year to help us win” but believes he still has what it takes to succeed in the league.

“As far as can I do it? No question. Do I still want to? Absolutely,” Rivers said. “I’m very thankful for the 16 years and if there’s another, I’ll be thankful for that one.”

QB1 is all heart. pic.twitter.com/kNalRfkWY7

The longtime Chargers quarterback hits free agency for the first time this offseason, and while there have been critics citing a decline in his effectiveness, Rivers said he plans to play football next season -- but will it be in a Bolts uniform or with another franchise?

“I plan to play football … where that’s going to be will get sorted out in the next, what is it, three months? I’ve never been in this position,” he told reporters.

Rivers added, “If one of 32 teams want me and it’s the right situation, I can start that 225th game in a row, I’ll be running out there.”

The then-San Diego Chargers traded for Rivers during the 2004 NFL Draft. The North Carolina State product has been their starting quarterback since 2006.