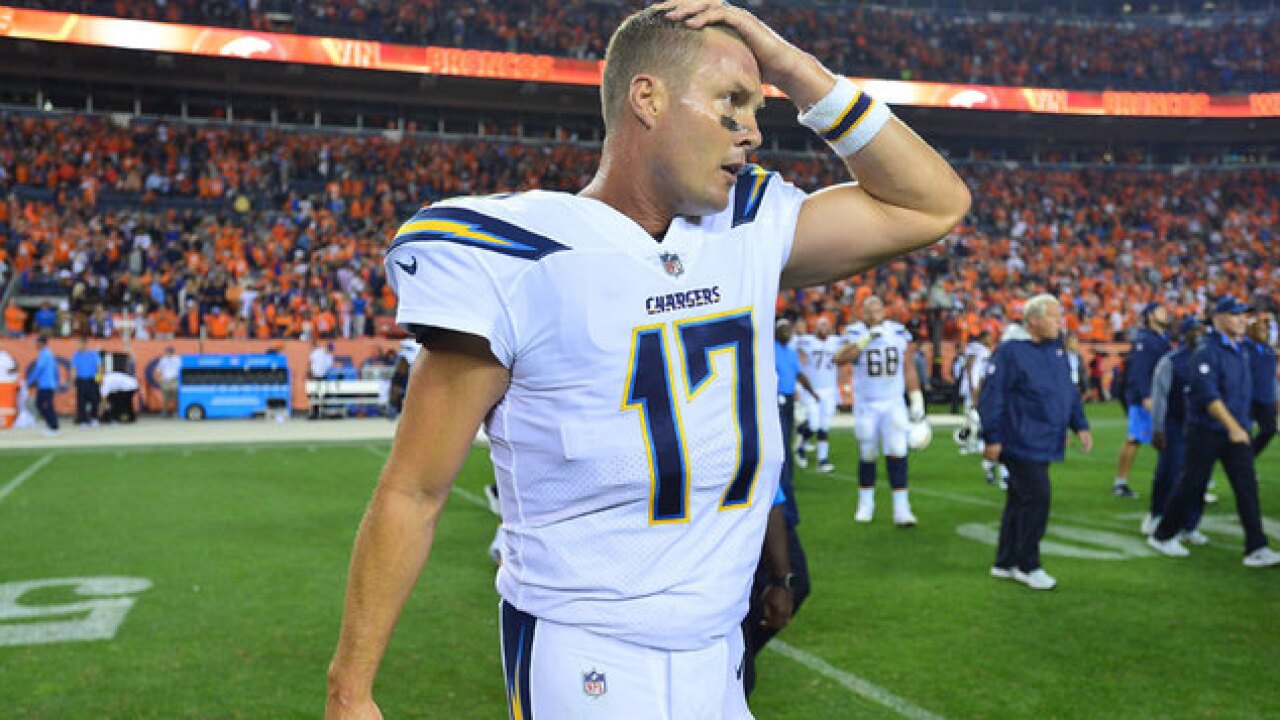 (KGTV) – The Chargers' Philip Rivers era is over.

The Los Angeles Chargers announced Monday that the longtime quarterback will not be back with the team for the 2020 season. According to the Chargers, Rivers and the team “mutually agreed” to part ways.

Rivers, 38, will enter free agency for the first time in his NFL career. At the end of the 2019 season, he told the media that he intended to play in 2020 -- whether it was for the franchise he's been with since 2004 or another team.

In a statement posted on the Chargers’ website Rivers said: "I am very grateful to the Spanos family and the Chargers organization for the last 16 years. In anything you do, it's the people you do it with that make it special. There are so many relationships and memories with coaches, support staff and teammates that will last forever, and for that I am so thankful.

I never took for granted the opportunity to lead this team out on to the field for 235 games. We had a lot of great moments, beginning in San Diego and then finishing in LA. I wish my teammates and coaches nothing but the best moving forward.

I'm not sure what the future holds, but my family and I look forward to seeing what God has planned for us next.

Nunc Coepi."
General manager Tom Telesco said, "As we talked through various scenarios, it became apparent that it would be best for Philip and the Chargers to turn the page on what has truly been a remarkable run."

In 2004, the then-San Diego Chargers selected QB Eli Manning with the first overall pick before trading his rights to the New York Giants for the rights to Rivers, who was chosen three picks later.

The North Carolina State product took over as starting quarterback in 2006, going 14-2 in his first full season under center.

Rivers holds 30 franchise records. His 224 consecutive regular-season starts are second-most among quarterbacks in NFL history and his 123 wins are ninth. He is one of six quarterbacks to eclipse 50,000 career yards.