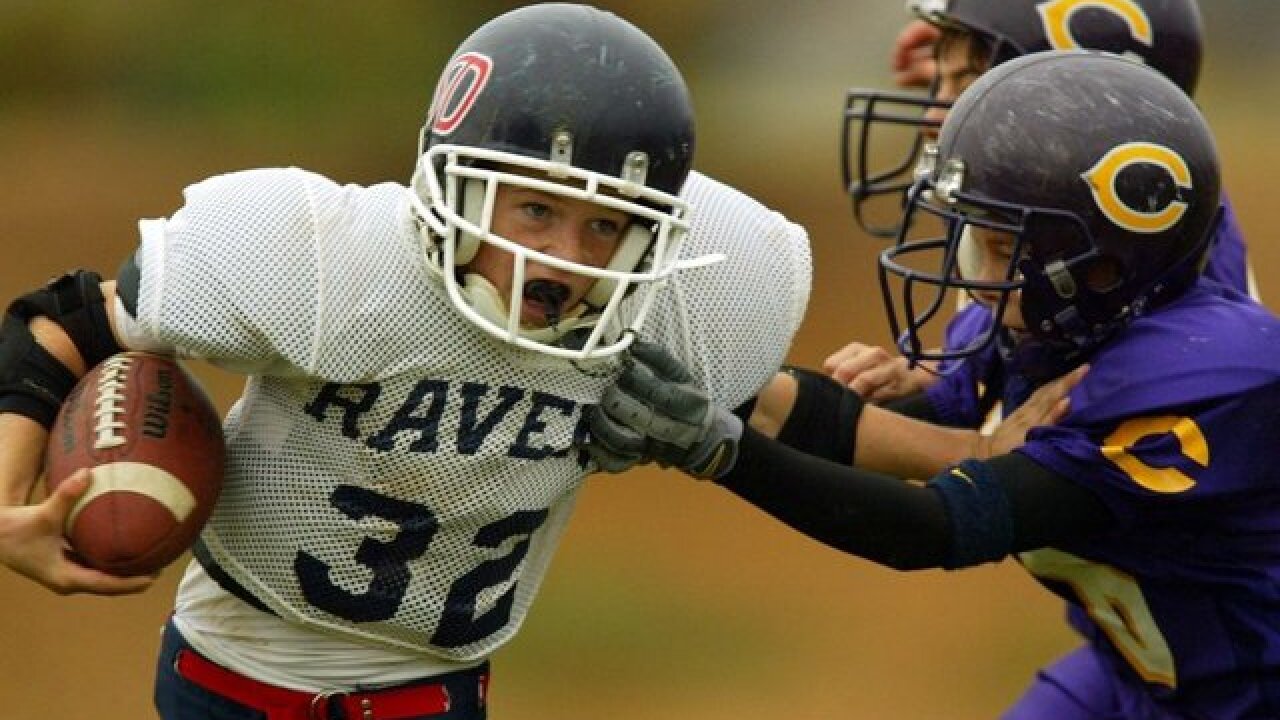 The Safe Youth Football Act, sponsored by Gonzalez Fletcher (D-San Diego) and Assemblyman Kevin McCarty (D-Sacramento), will "protect children from brain injury by establishing a minimum age to play in organized tackle football programs. This bill would follow the advice of medical professions and allow high-contact elements from football programs only at the high school level. This standard will prevent young athletes from sustaining long-term brain damage caused by repetitive tackling, hitting and blocking."

The bill aims to prevent children from experiencing traumatic brain injuries such as chronic traumatic encephalopathy (CTE). The disorder has been especially common among football players. The onset of the disease occurs years after the injuries and symptoms can include depression, memory loss and dementia. It is diagnosable only after death.

According to research, children who play contact sports during their most critical years of brain development are at a significantly greater risk for neurological impairments and CTE later in life.

While the bill bans tackle football until high school, its authors say flag football would be an adequate alternative, as it "provides a positive, competitive and safer opportunity to learn the skills necessary to be successful at football."

Dr. Bennet Omalu, the author of the book "Concussion," said, "The research is clear -- when children participate in high-impact, high-contact sports, there is a 100% risk of exposure to brain damage. Once you know the risk involved in something, what's the first thing you do? Protect children from it."

Since 2014, the state has worked to strengthen concussion protocols for youth sports, but Gonzalez Fletcher said, "… head injuries sustained at a young age can harm kids for the rest of their lives. Developing skills through flag football before high school is sound public policy from a health and safety standpoint."

McCarty added, "The Super Bowl may be over, but the risk of brain injury to kids who play tackle football remains. We have an obligation to protect children from dangerous, long-term injuries resulting from tackle football, especially brain trauma. California should follow the lead of football legends like New Orleans Saints' Drew Brees, who took his concerns for his own kids and created a non-contact youth flag football league. The Golden State's children need to know that no touchdown or interception is worth long-term damage to their brains caused by tackle football."

The state Assembly will consider the bill in the coming months. If passed, California would be the first U.S. state to set a minimum age requirement for youth tackle football.

Similar bills have been proposed in Illinois, Maryland and New York.

The Superbowl may be over, but the risk of brain injury to kids who play tackle football remains. We have an obligation to protect children from long-term injuries resulting from tackle football, especially brain trauma. W/ @LorenaSGonzalez @bennetomalu9168 pic.twitter.com/4OYJXMsE2y