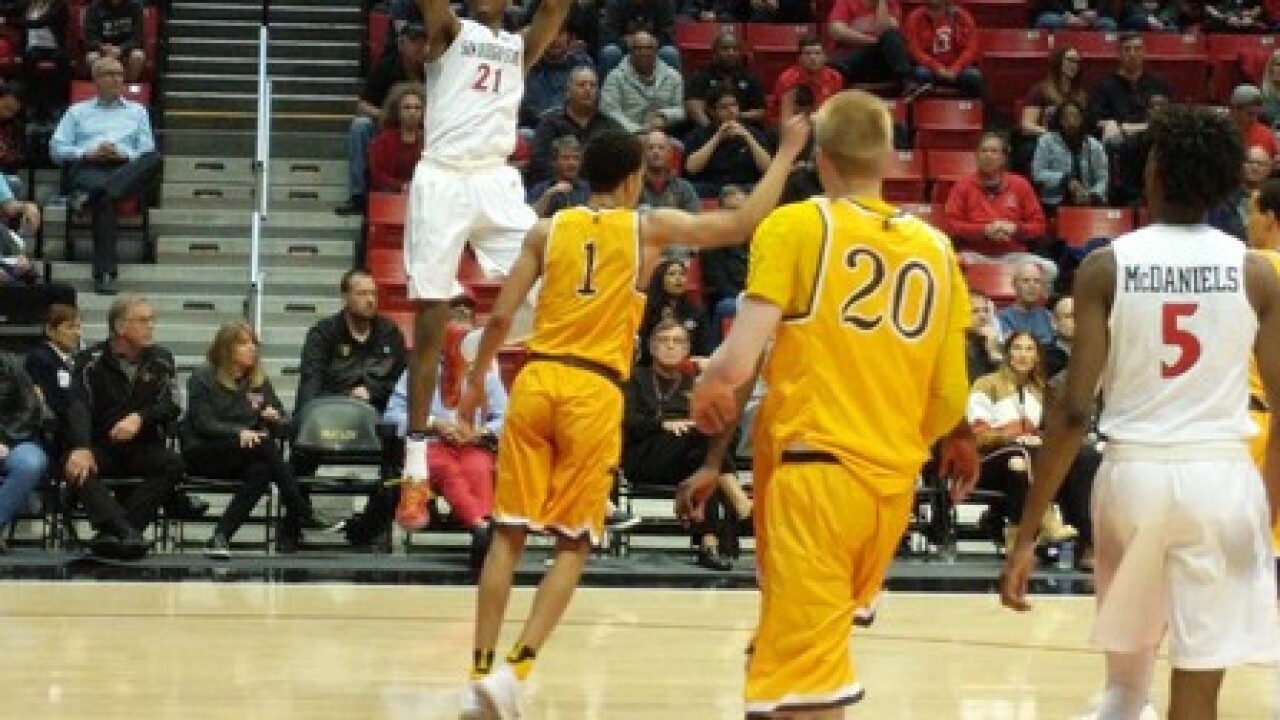 The Daily Aztec
Abraham Jewett
<p>Malik Pope goes up for a shot during the Aztecs 87-77 victory over Wyoming at Viejas Arena on Feb. 14.</p>

SAN DIEGO ( Daily Aztec ) - The last time San Diego State men’s basketball faced off against the University of Wyoming this season, the Cowboys were victorious by double digits in Laramie.

This time, back home in San Diego, the Aztecs called for backup.

“We had a great bench performance tonight,” head coach Brian Dutcher said. “They stepped up, playing with no fear. It was great to have that type of production off the bench.”

Sophomore forward Nolan Narain and freshman guard Jordan Schakel both had career highs in points off the bench, finishing with 18 and 14 points, respectively.

“You’re talking about a redshirt sophomore and a true freshman, and they stepped up,” Dutcher said. “Neither one of them plays with any fear at all.”