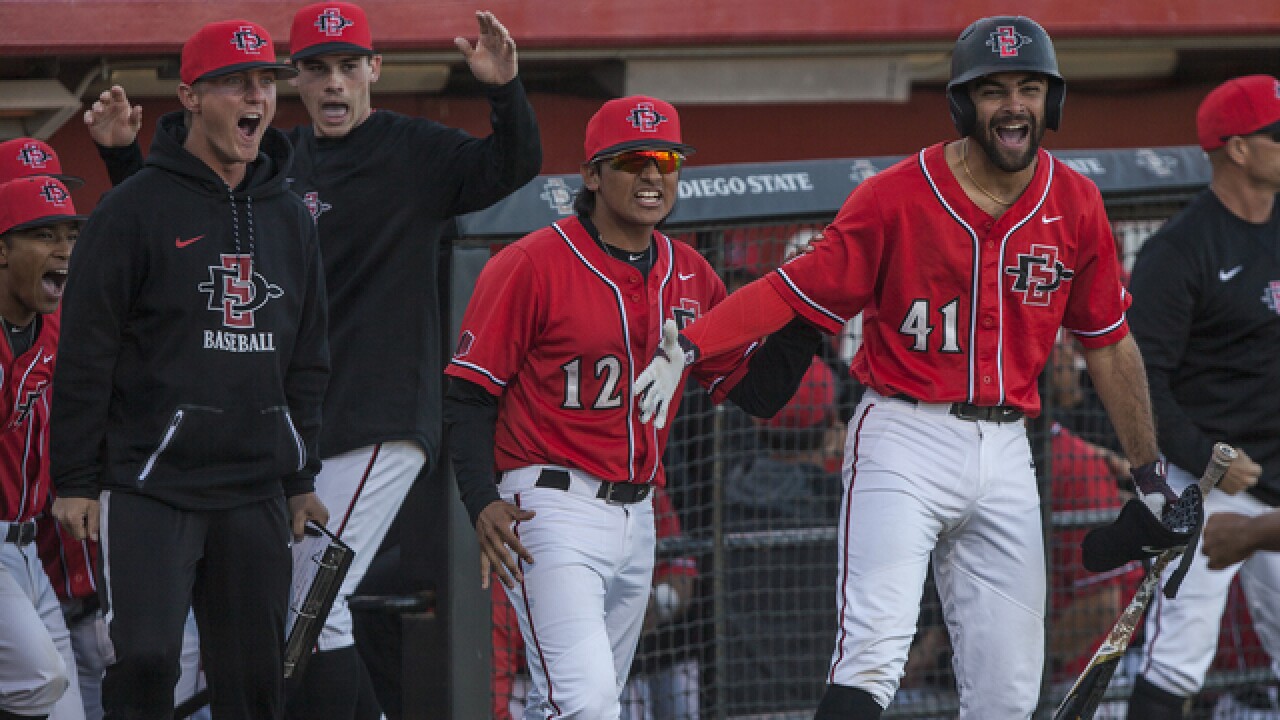 The Daily Aztec
Kelly Smiley
<p>SDSU players celebrated outside the dugout amidst a four-run eighth inning during the Aztecs 5-4 win over Grand Canyon on Feb. 25 at Tony Gwynn Stadium.</p>

SAN DIEGO (Daily Aztec) - San Diego State baseball used a late rally to come from behind and win the final game of the 2018 Tony Gwynn Legacy, defeating Grand Canyon University by a score of 5-4 at Tony Gwynn Stadium on Feb. 25.

The Aztecs were facing a 4-1 deficit going into the bottom of the eighth inning, but were able to push four runs across to take the lead.

Redshirt junior outfielder Chad Bible played pinch-hit hero for SDSU in the inning, coming in with two outs and delivering a two-run double to left center to tie the game at four apiece.

“It was huge for the Aztecs today,” Bible said. “I’m happy that I contributed to this win, it meant a lot for the team, especially since we weren’t playing our A-game today.”

Senior outfielder Denz’l Chapman came in to pinch run for Bible, and scored the eventual game winner after beating the throw to the plate following a single by sophomore outfielder Julian Escobedo.

“Everyone’s contributing, everyone’s trying to get on, so the least I can do is get a hit and hopefully get the game winning hit,” Escobedo said.

SDSU improves to 5-2 on the season with the win, while Grand Canyon falls to a record of 2-5.

“I think we showed a lot of character,” head coach Mark Martinez said. “I think we came out a little bit flat, but what I did tell the team is that good teams can win ugly, and I feel like we have a pretty good program and we are headed in the right direction.”