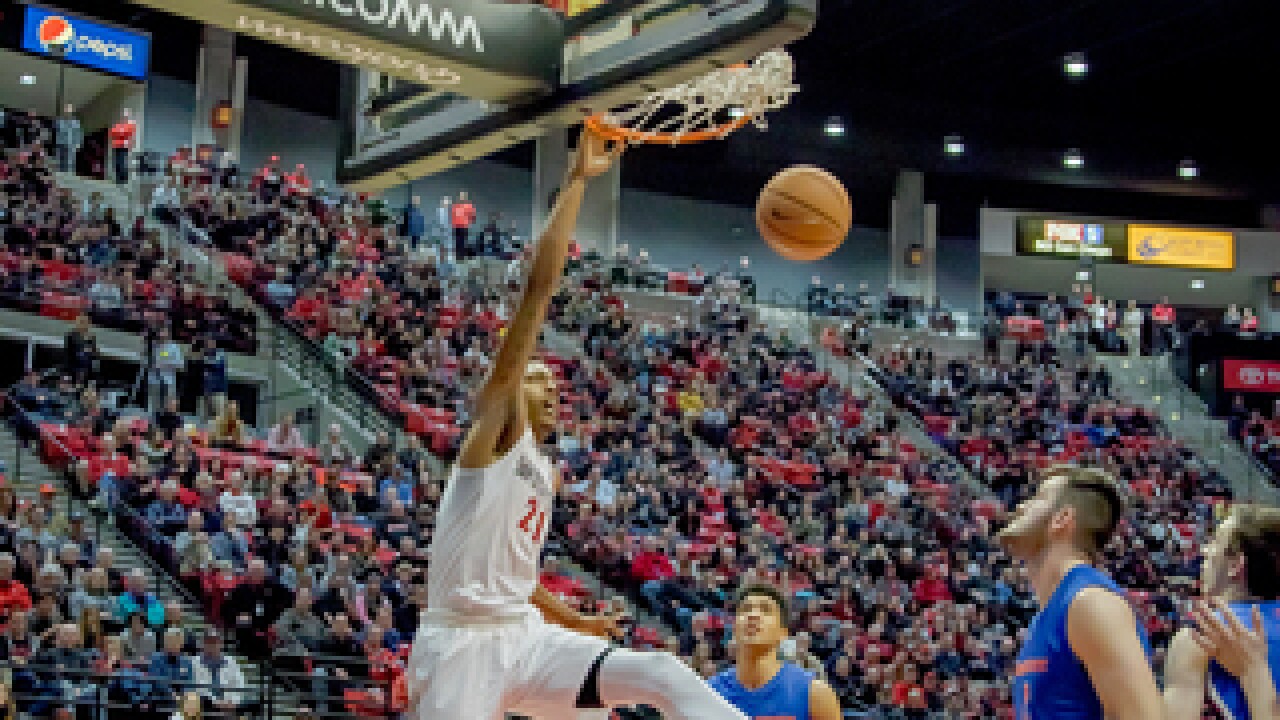 The Daily Aztec
Sam Mayo
<p>Senior forward Malik Pope throws down a dunk during the Aztecs 72-64 victory over Boise State on Feb. 27 at Viejas Arena.</p>

SAN DIEGO (Daily Aztec) - San Diego State men’s basketball came into Tuesday night needing a win to keep pace in the hunt for the fifth seed - and a first round bye - in the Mountain West Conference tournament.

The Aztecs rallied from a nine-point first half deficit, and controlled the majority of the second half in a 72-64 victory over Boise State University (22-7, 12-5 MW) at Viejas Arena.

With its fifth win in a row SDSU now sits alone in the fifth seed for the Mountain West Conference tournament - one-half game ahead of Wyoming - with a conference record of 10-7.

“I told our guys I’m so proud of the way they’ve come together down the stretch,” head coach Brian Dutcher said. “That’s when you want to be playing your best basketball, early March.”

“We’ve always had high confidence in ourselves but now that we’re rolling... I feel like our confidence is high and we’ve just got to keep it like that, stay together and just play hard," McDaniels said.

Back in January senior guard Chandler Hutchison torched the Aztecs for 44 points, in an 83-80 win at Boise.

This time around the Aztecs were able to limit Hutchison to 18 points, on four of 14 shooting.