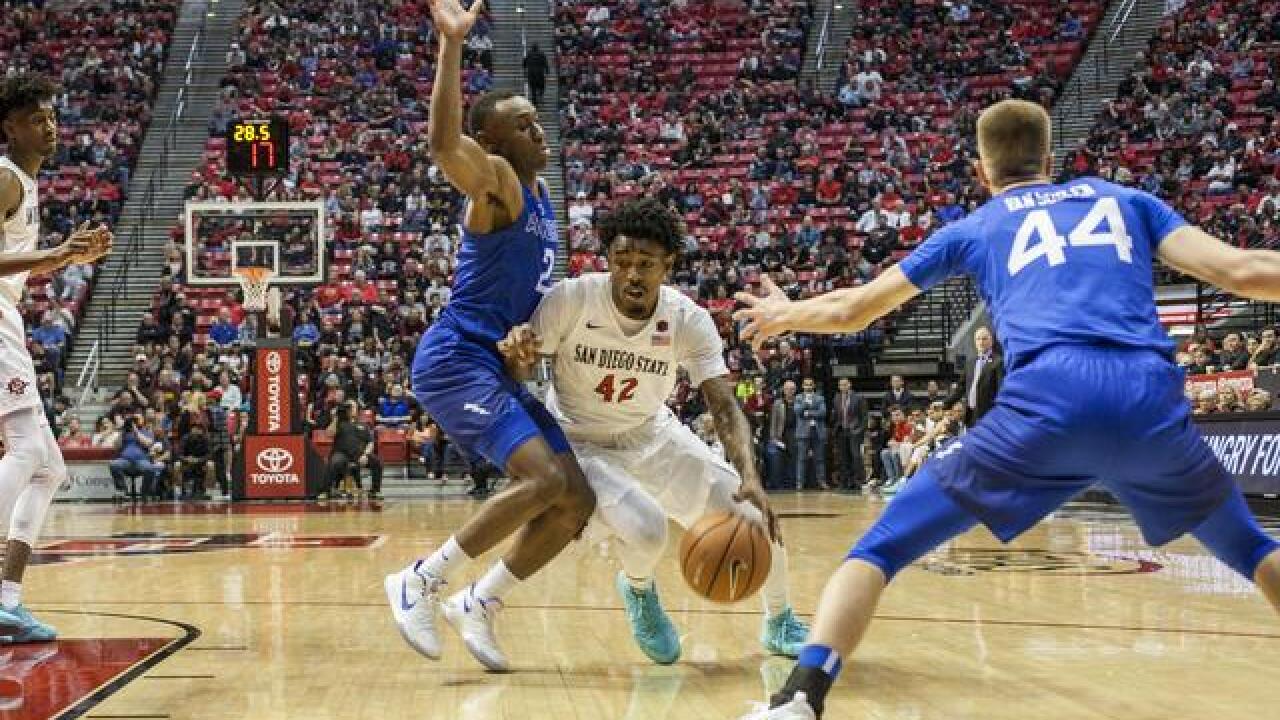 The Daily Aztec
Kelly Smiley
<p>Jeremy Hemsley drives to the basket during the Aztecs 81-50 victory over Air Force at Viejas Arena on Feb. 3.</p>

SAN DIEGO (Daily Aztec) - San Diego State men’s basketball may be in a hole in the Mountain West Conference, but the team continues to find itself on the winning end at Viejas Arena.

The home court success kept on rolling Saturday night, with the Aztecs defeating Air Force Academy by a final score of 81-50.

“We made some early threes to start this game so that always opens the game up,” head coach Brian Dutcher said. “We’ve been pretty dominant at home in the conference.”

The Aztecs, who remain in eighth place in the conference with a record of 5-5, improved to 9-2 at home this season and 13-8 overall.

“I think we know what’s at stake,” junior guard Jeremy Hemsley said. “We know how close we are to march so I don’t think anybody is taking anything lightly.”