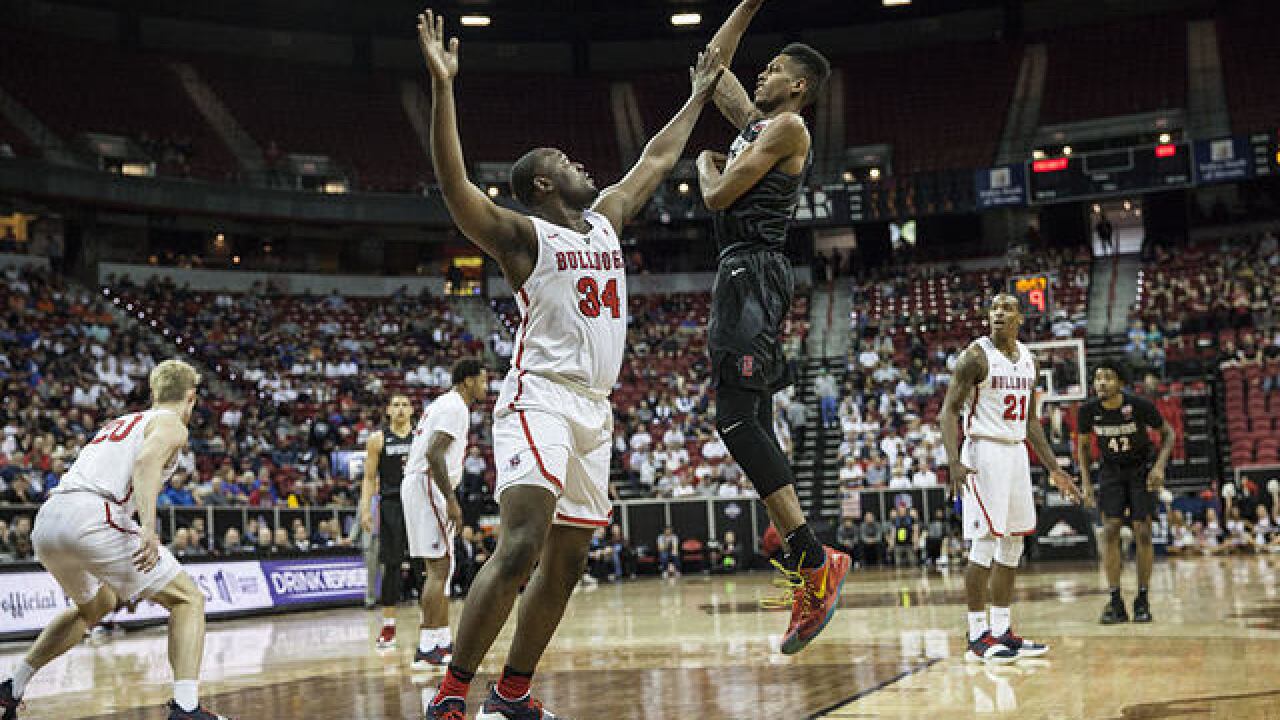 The Aztecs defeated the then-No.21 ranked Wolf Pack 79-74, ending their opponents six-game winning streak and extending their own season-best streak to six games.

Come Friday evening, SDSU’s opponent will be the same, but the setting, as well as the stakes, will be much different.

The Thomas and Mack Center will play host, as the Aztecs and Wolf Pack face off in a semifinal matchup which will determine who moves onto the tournaments final game, and who leaves Sin City empty-handed.

The Aztecs defeated Fresno State University to make it to the semifinals, while Nevada rallied against a fired up UNLV team, which let a halftime lead slip away against the tournaments No. 1 seed.

“(Nevada’s) a fantastic team,” head coach Brian Dutcher said about the Aztecs upcoming opponent, after the teams 64-52 victory over Fresno on Thursday night. “We can all see that. What they’ve done with their body of work this year. And it’s going to be a real challenge.”