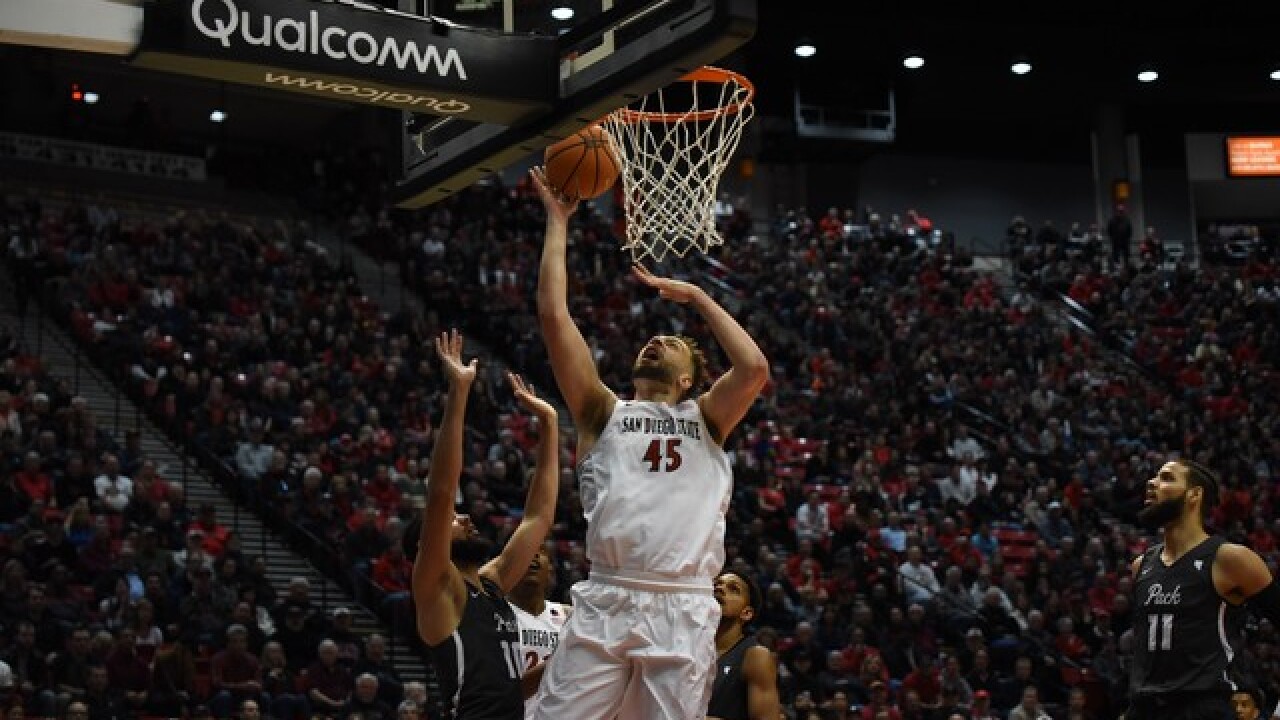 The Daily Aztec
Joe Kendall
<p>Senior center Kameron Rooks goes up for a layup during the Aztecs 79-74 victory over No. 21 Nevada on March 3 at Viejas Arena</p>

SAN DIEGO (Daily Aztec) - By the time San Diego State men’s basketball tipped off at 7:00 p.m. on Saturday night, the fate of its Mountain West Conference tournament seeding was in its own hands.

Just an hour before, the University of Wyoming lost to Boise State University, paving the way for SDSU to clinch the No. 5 seed – and the first-round bye that comes with it – in the conference tournament starting on March 7.

The Aztecs took care of business, defeating the MW regular season champion No. 21 University of Nevada by a score of 79-74 in front of a packed house of 12,414 at Viejas Arena.

“We believe we’re the best team in this conference, so we have to prove it every time we go out there,” head coach Brian Dutcher said. “I thought our kids did it tonight.”

SDSU led 72-64 with just under three minutes to play, before the Wolf Pack stormed back behind eight points from junior forward Jordan Caroline (29 points, six rebounds) to pull within 74-72 with 1:07 left.

The Aztecs then cleared the floor for senior guard Trey Kell (17 points, nine assists, five rebounds), who proceeded to swish a jumper with a man in his face to give the team a 76-72 lead.

"I just decided I had the confidence in myself, I know its a shot I could get to at any time," Kell said. "I saw he was giving me space, so I just rose up. I'm glad I made the shot for the team."

The shot broke the back of the Wolf Pack, who missed a shot and had a turnover on their next two possessions before the Aztecs sealed the game at the free-throw line.