Aztecs react to No. 11 seeding in NCAA Tournament; to play No. 6 Houston 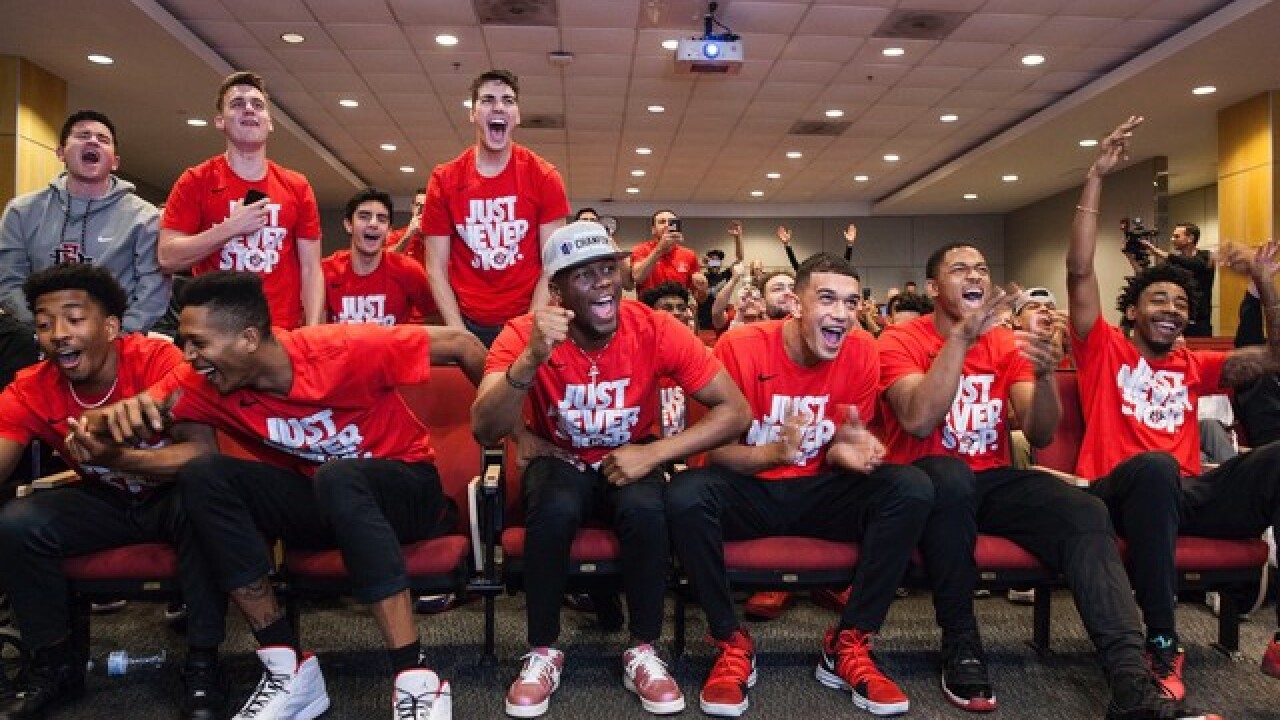 The Daily Aztec
Kelly Smiley
<p>Members of the San Diego State men's basketball team react to the teams 11 seed in the upcoming NCAA Tournament at the Fowler Athletic Center on March 11. The Aztecs will play No. 6 seed University of Houston in the Round of 64 on March 15 in Wichita, Kansas.</p>

The Aztecs reacted with cheers as it was announced that the team will fly to Wichita, Kansas, as the No. 11 seed in the West Region, to face off against No. 6 University of Houston in the tournament’s first round on March 15.

Houston (26-7) comes out of the American Athletic Conference, meaning that the first-round will be a battle of mid-major teams.

Senior guard Trey Kell, named the MVP of the Mountain West tournament just a day prior, said that he does not view Houston any differently than a team from a Power Five Conference, and expects both teams to come out fighting.

Kell was apart of the SDSU team in 2014-15 which made it to the Round of 32 in the tournament, and the senior said that he is excited for this years team to get to experience the magic of an NCAA tournament run.

“The main thing I’m so excited about is everyone gets to experience what the tournament is about, watching it from the couch and just hearing about it doesn’t do it justice,” Kell said. “You have to experience it and be in it to understand how crazy and how magical it really is.”