Aztecs eliminated from NCAA Tournament after 67-65 loss to Houston 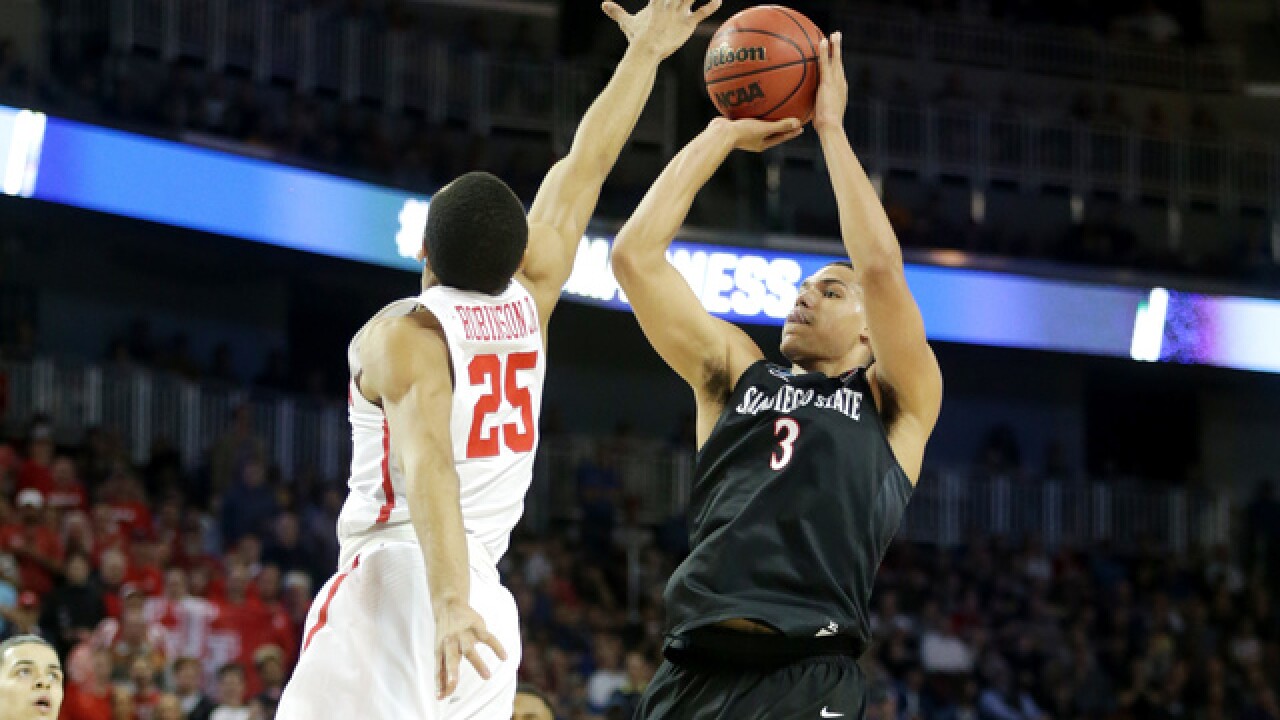 Image copyright 2018 Getty Images. All rights reserved. This material may not be published, broadcast, rewritten, or redistributed.
Jeff Gross
<p>WICHITA, KS - MARCH 15: Trey Kell #3 of the San Diego State Aztecs attempts a shot defended by Galen Robinson Jr. #25 of the Houston Cougars during the second half of the first round of the 2018 NCAA Men's Basketball Tournament at INTRUST Arena on March 15, 2018 in Wichita, Kansas. The Houston Cougars defeated the San Diego State Aztecs 67-65. (Photo by Jeff Gross/Getty Images)</p>

WICHITA, Kan. (KGTV) -- The NCAA Tournament ended Thursday night for the Aztecs after the team lost to the Houston Cougars 67-65.

Rob Gray drove for a wind-milling layup that just trickled over the rim with 1.1 seconds left, and Trey Kell's off-balance 3-pointer at the buzzer was no good, giving No. 6 seed Houston a 67-65 victory over San Diego State in the first round of the NCAA Tournament on Thursday night.

Devin Watson had just tied the game for the Aztecs with a turnaround 3-pointer, his second in a matter of seconds, when Gray dribbled up floor with 29 seconds left.

He allowed the clock to tick down to six seconds before crossing over, scooting under two defenders and scooping up his shot.

The layup gave him 39 points and the Cougars (27-7) their first tournament win since 1984.Devin Davis and Corey Davis Jr. added nine points apiece for Houston, which lost two players to fouls down the stretch, and struggled to contain the Aztecs' big front line.