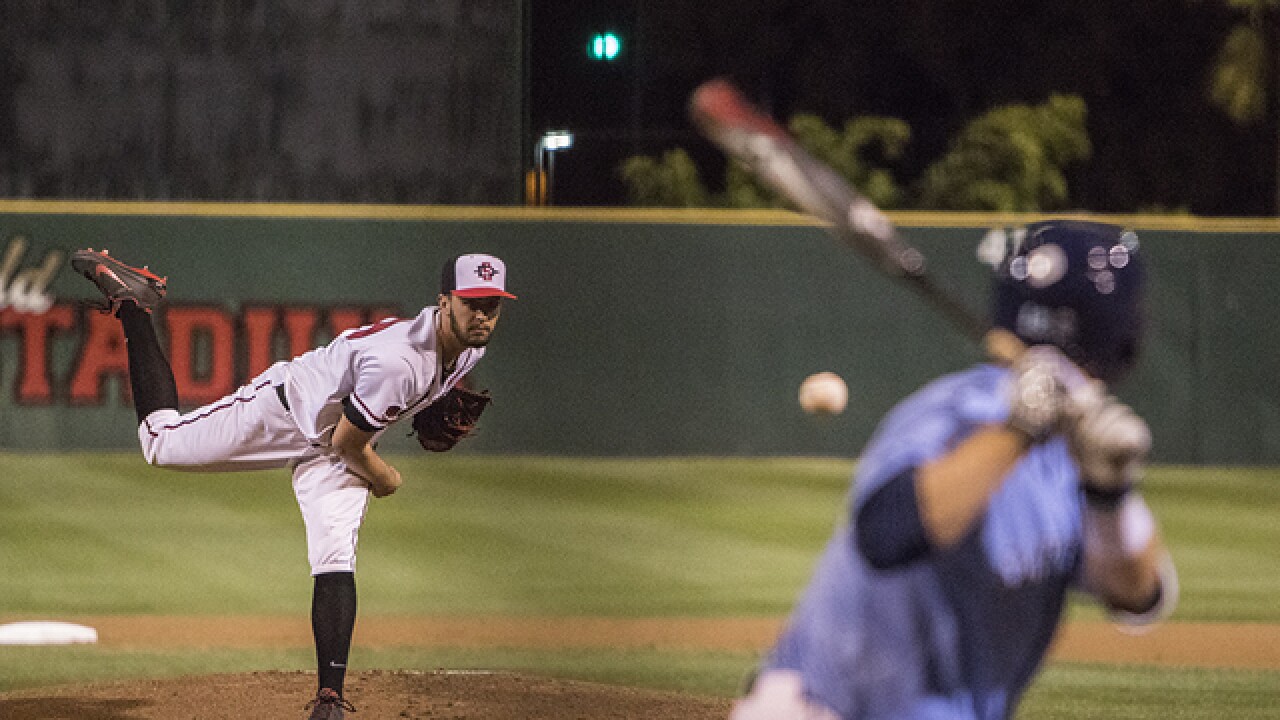 The Daily Aztec
Weicheng Han
<p>Daniel Ritcheson throws a pitch during the Aztecs 3-2 loss to USD on Feb. 20 at Tony Gwynn Stadium.</p>

The loss drops the Aztecs record on the season to 3-1, while USD improves to 3-2.

Senior Jorge Fernandez was saddled with the loss in the game, while junior pitcher Justin Friedman came away with the win for the Toreros.

USD struck in the top of the extra frame for the game winning run after sophomore catcher Dante Gutierrez doubled down the left field line, following an error by senior shortstop David Hensley.

SDSU started the game by sending freshman right hander Daniel Ritcheson to the mound for his first collegiate start, where he lasted 4.1 innings, allowing six baserunners.

Ritcheson’s only blemish of the night came off a second inning home run from senior outfielder Daniel Gardner.

“I made one bad pitch and the guy hit it really hard, but we’re all confident going into the weekend,” Ritcheson said. “We did a great job today, we were picking everybody up”

“(Ritcheson’s) a big arm and a big prospect for us coming into the season, we expected a a lot of big things from him and we’re gonna bring him around slowly,” Peraza said. “We’re gonna give him another couple starts in the midweek and we’ll see how he settles in.”

His Toreros counterpart, fellow freshman righty Gabriel Ponce, allowed one run while striking out six through five innings of work.

Aztecs senior outfielder Chase Calabuig recorded his second hit of the night in the fourth inning, which led to the teams first run after an errant pickoff attempt sailed past the first baseman and junior infielder Jordan Verdon singled him home.