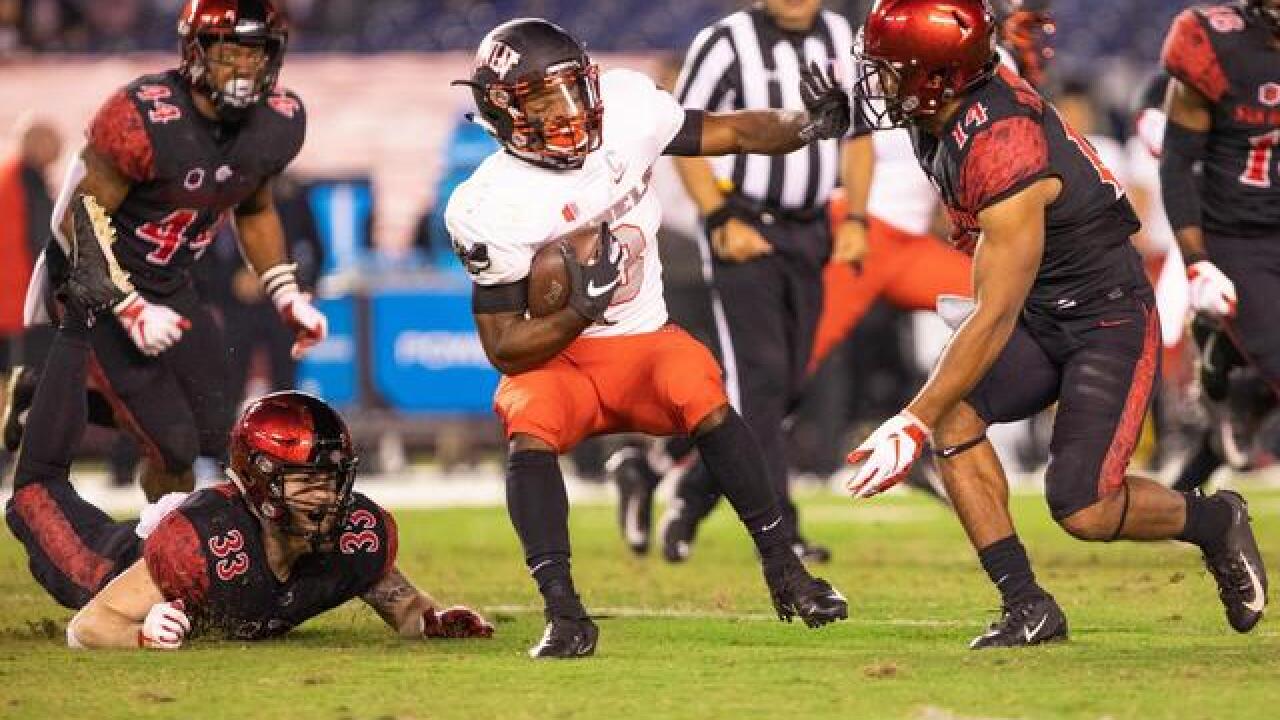 SDSU (7-3, 4-2 MW) saw its lead evaporate after two fourth-quarter Rebel touchdowns, before an interception thrown by junior quarterback Ryan Agnew with 1:23 left in the game sealed the fate of the Scarlet and Black.

Agnew finished with 187 yards and a touchdown, but failed to lead the Aztecs to any points in the fourth quarter.

“They didn’t change anything defensively,” Agnew said. “They just wanted it more than we did.”

UNLV (3-7, 1-5 MW) completed its comeback after senior running back Lexington Thomas’ second touchdown run of the night, a 75-yard score with 1:53 left to play.

Senior defensive back Parker Baldwin said the defense suffered a let down with the Aztecs holding a big lead.

SDSU head coach Rocky Long made the switch from senior quarterback Christian Chapman to Agnew in the second quarter.

Going into the game, it was expected that the Aztecs would deploy a dual-quarterback system, but Chapman was never re-inserted following a second quarter 13-yard touchdown pass to sophomore wide receiver Tim Wilson Jr.