Aztecs fall to No. 4 Arkansas, 5-2, after ninth inning letdown 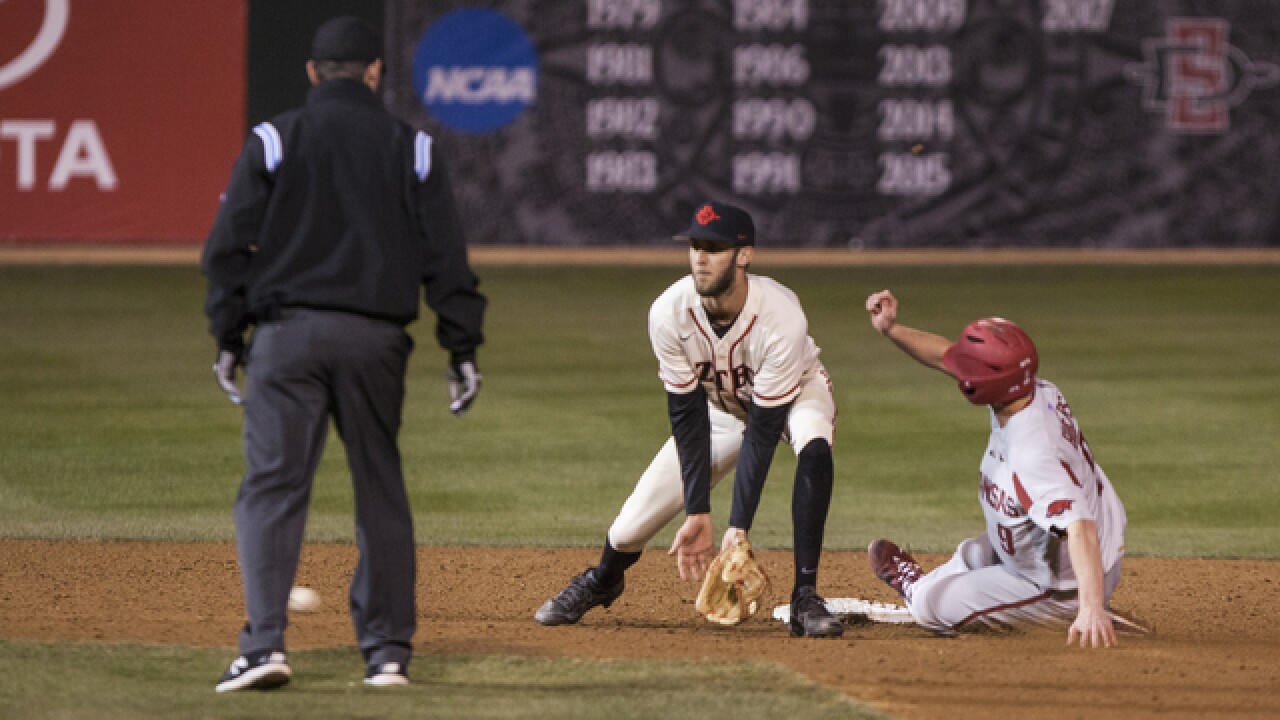 The Daily Aztec
Kelly Smiley
<p>Arkansas junior shortstop Jax Biggers beats the throw to second base during the Aztecs 5-2 loss to the No. 4 Razorbacks on Feb. 24 at Tony Gwynn Stadium.</p>

SAN DIEGO (Daily Aztec) - San Diego State baseball held tough with No. 4 University of Arkansas for eight innings, but a three-run ninth gave the Razorbacks a 5-2 win on a chilly Saturday night at Tony Gwynn Stadium.

The defeat drops the Aztecs to 4-2 on the season, while Arkansas improves its record to 5-1.

Sophomore southpaw Matt Cronin (2-0) picked up the win for the Razorbacks, while freshman righthander Daniel Ritcheson (0-1) suffered his first loss of the season.

The score was tied at two apiece in the top of the ninth inning, but Arkansas would score three runs in the frame without recording a single hit.

Senior infielder Jared Gates walked to get on base to start the inning, and pinch running sophomore Jordan McFarland scored the winning run after a throwing error by senior third baseman Grant Mayeaux brought him home on a sacrifice bunt.

SDSU went down in order in the bottom half of the inning after a flyout and two strikeouts.

Aztecs head coach Mark Martinez said that his team did a good job sticking with one of the top ranked teams in the country, but allowing free bases was their undoing.

“We only gave up three hits, so it’s obvious we’re good enough to handle (Arkansas),” Martinez said. “I think where we got ourselves in trouble was walking people… the mistakes were free bases and a big error on that bunt play.”