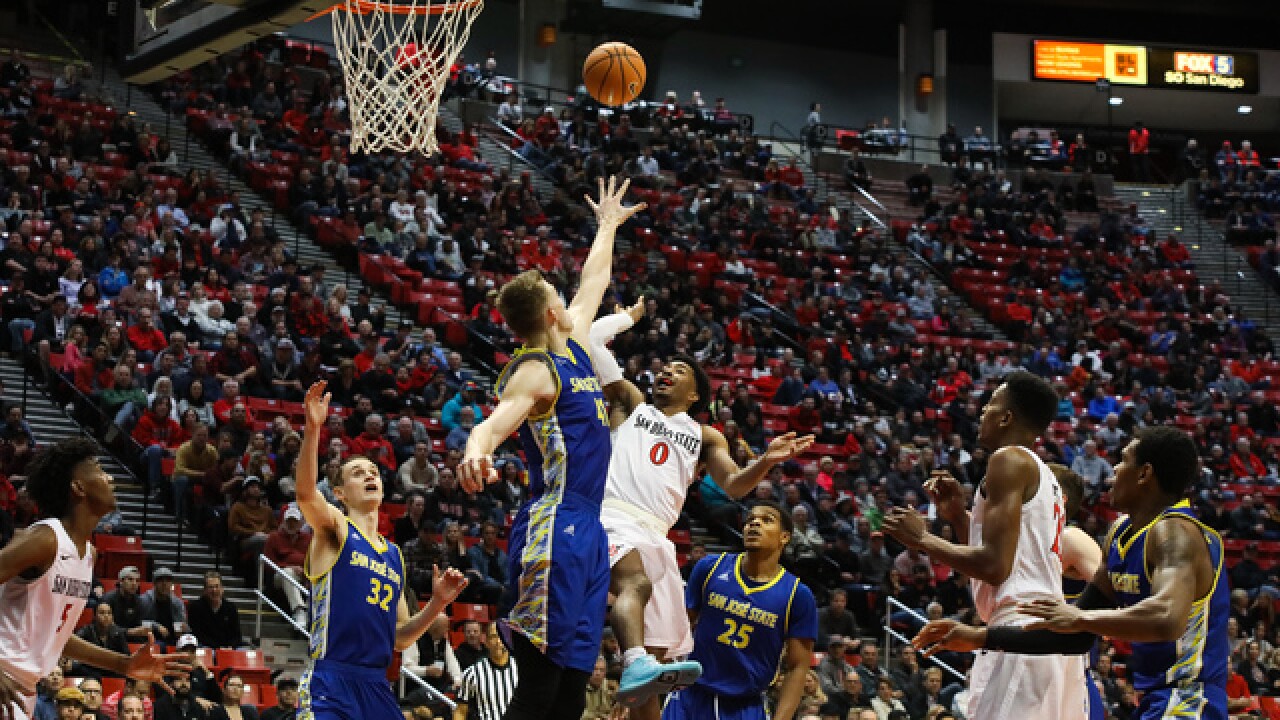 The Daily Aztec
Samantha Bonpensiero
<p> </p><p>Devin Watson goes up for a shot during the Aztecs 85-49 victory over San Jose State on Jan. 9 at Viejas Arena.</p>

BOISE (Daily Aztec) - Chandler Hutchison stood at the free throw line with 12.1 seconds left on the clock as Boise State held onto an 83-80 lead over San Diego State men’s basketball.

The Broncos senior guard  bounced the ball two times, paused for a moment, and clanked his shot off the back of the rim.

The miss was a rare mistake for Hutchison, who finished with a career high 44 points on 15 of 21 shooting, setting a Boise State school record for points scored in a single game.

Aztecs freshman forward Matt Mitchell snagged the rebound and passed the ball to junior guard Devin Watson, who ran down the court and launched a deep three point shot which clanked off the side of the rim.

Mitchell grabbed the rebound and ran to the far right corner, putting up a last second three-point heave over two Broncos defenders.

The ball hit the rim and bounced directly up in the air, hanging precariously before falling to the court as the buzzer sounded and Boise State (15-3, 5-1 MW) rejoiced.

Another road game, another tough loss for the Aztecs.