Aztecs escape with 4-3 victory over Michigan 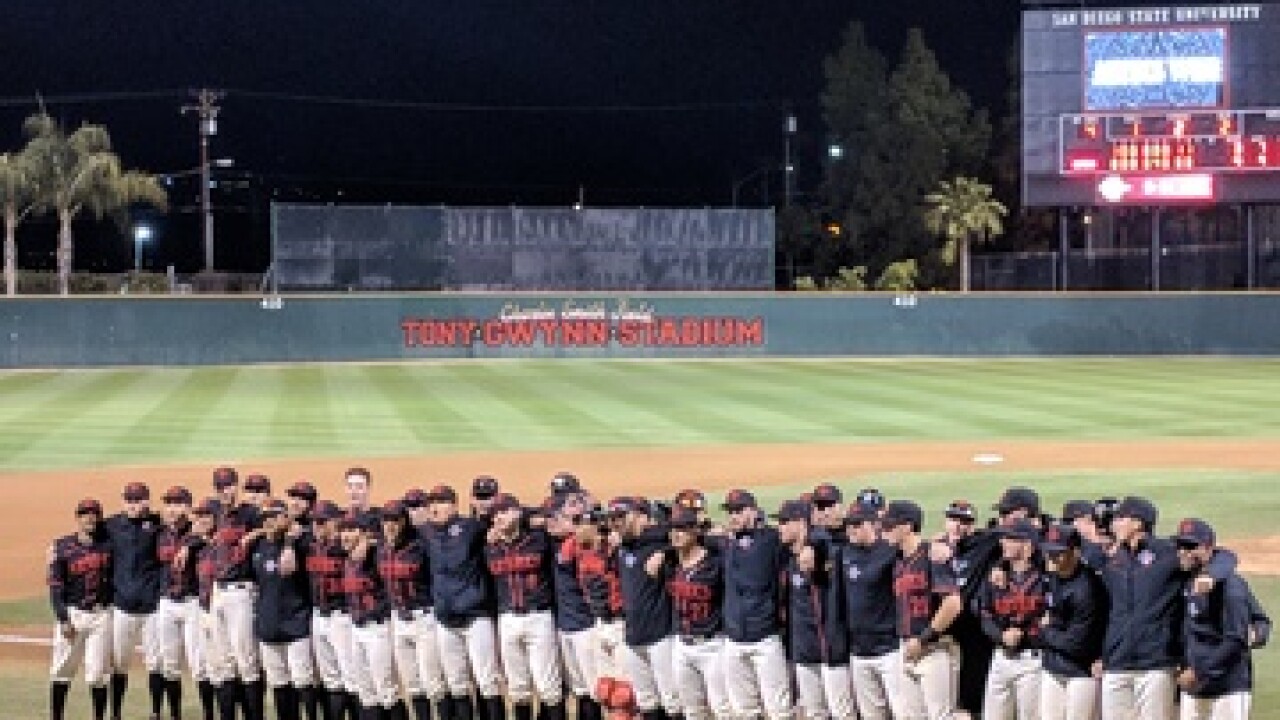 Senior right fielder Chase Calabuig nailed Wolverines right fielder Christian Bullock at the plate to get out of the inning, after a single by outfielder Jonathan Engelmann.

Junior second baseman Ako Thomas was able to score from third on the hit, but Bullock was no match for Calabuig’s big arm.

“I don’t even know who the first baseman was… I was throwing all the way through,” Calabuig said.

Senior pitcher Jorge Fernandez came on in the ninth and earned his second save of the year.

With the victory the Aztecs improve to 6-2 on the year, while the Wolverines lose their fourth straight game and drop to 2-5.