Aztecs eliminated from NCAA Tournament after 67-65 heartbreak against Houston 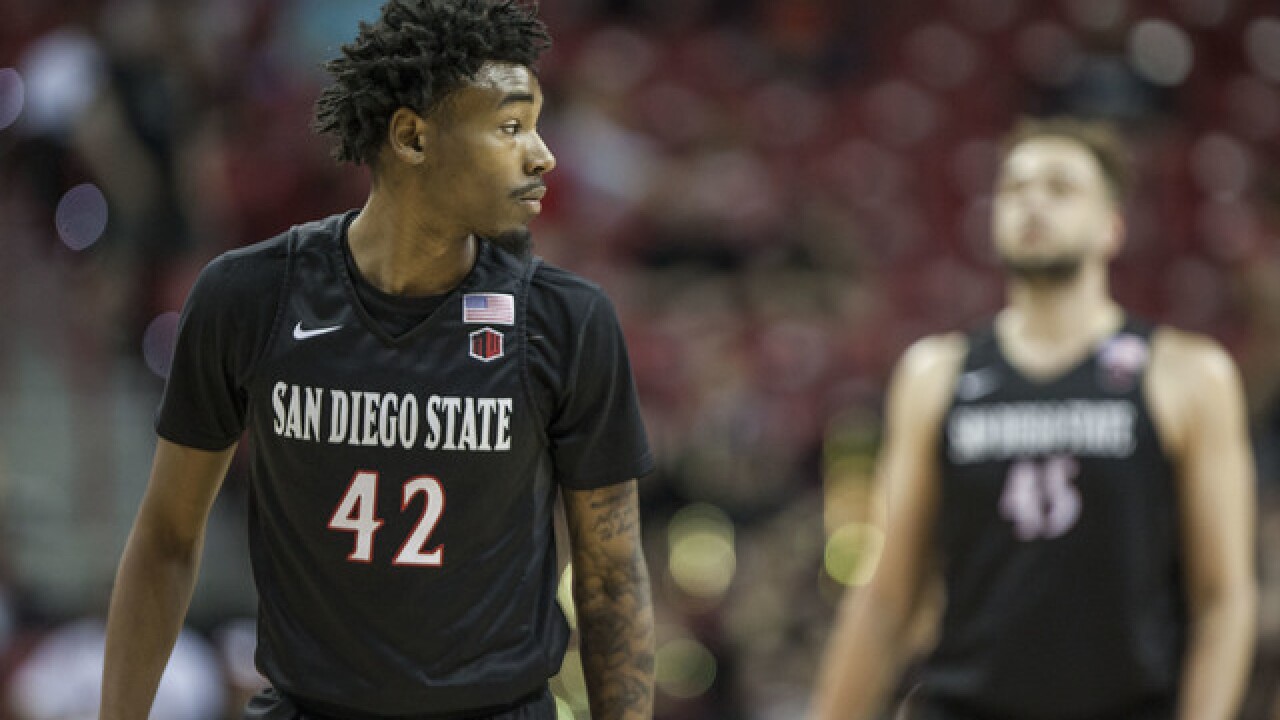 The Daily Aztec
Kelly Smiley
<p>Junior guard Jeremy Hemsley looks on during the Aztecs 90-73 victory over Nevada on March 9 at the Thomas & Mack Center in Las Vegas.</p>

These are all names of players who have singlehandedly beaten San Diego State men’s basketball this season.

Hutchison scored a career-high 44 points for Boise State, during a close 83-80 victory over the Aztecs back in January.

In December, Dalton scored a career-high 36 points, as his Wyoming Cowboys dismissed SDSU 82-69 in Laramie.

Tonight, Gray had a career-high 39 points, including the game-winning layup with one second left to lift Houston to a 67-65 victory and eliminate the Aztecs from the NCAA tournament.

Gray was the only player to touch the ball on the Cougars last possession, and split the defense to score his seventh straight point for his team.

A full-court heave from freshman forward Matt Mitchell landed in the hands of Trey Kell, but the senior guard was off to the left on a wide open 26-foot three-point attempt as time expired.

Kell immediately buried his head underneath his jersey.

A game, a season, a career over.

Defeat snatched from the jaws of victory.