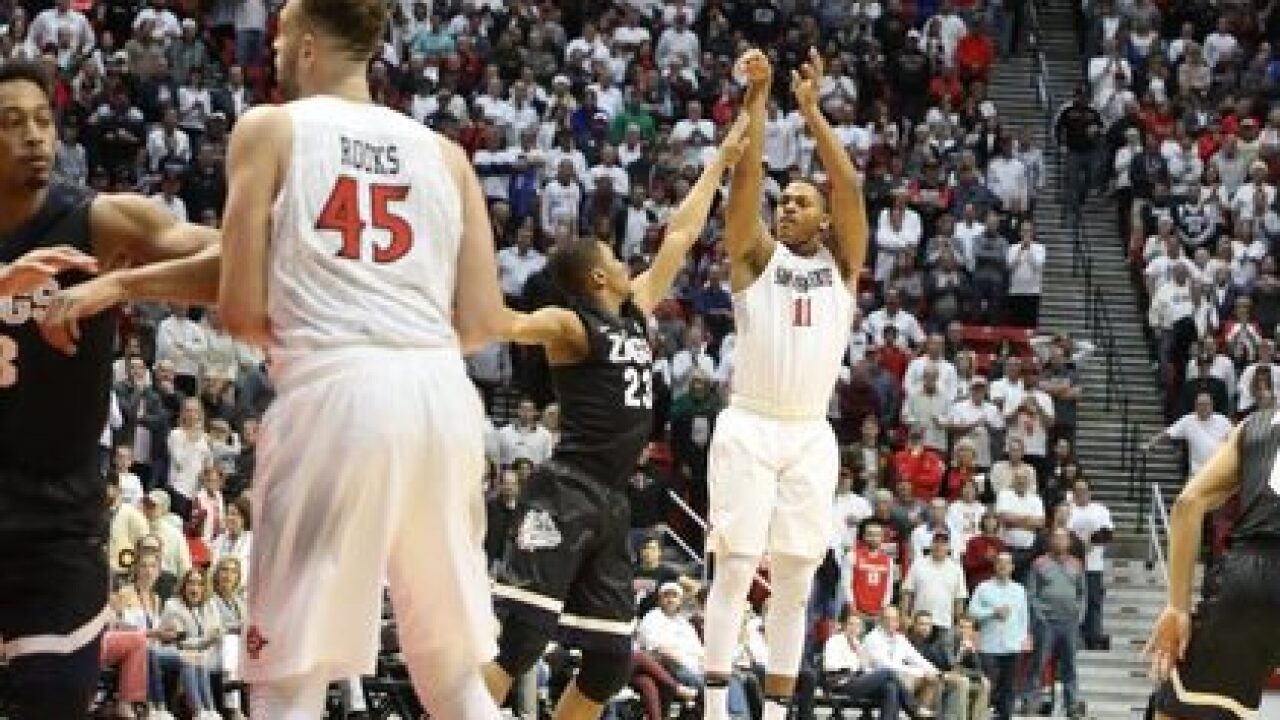 The Daily Aztec
Samantha Bonpensiero
<p>Freshman forward Matt Mitchell pulls up for three of his game-high eight points during SDSU's 33-32 win over Gonzaga.</p>

The Aztecs have yet to trail to one.

SDSU jumped out to a quick lead against No. 12 ranked Gonzaga University, holding on for a wire-to-wire 72-70 victory on Thursday night.

The Aztecs improve to 8-3 on the season, and took advantage of their last chance for a statement victory before heading into conference play against the University of Wyoming on Dec. 27.

“It’s a great win for us,” Dutcher said. “I’ve said I’m not going to worry about resume and stuff like that but when you beat a ranked team it feels good.”