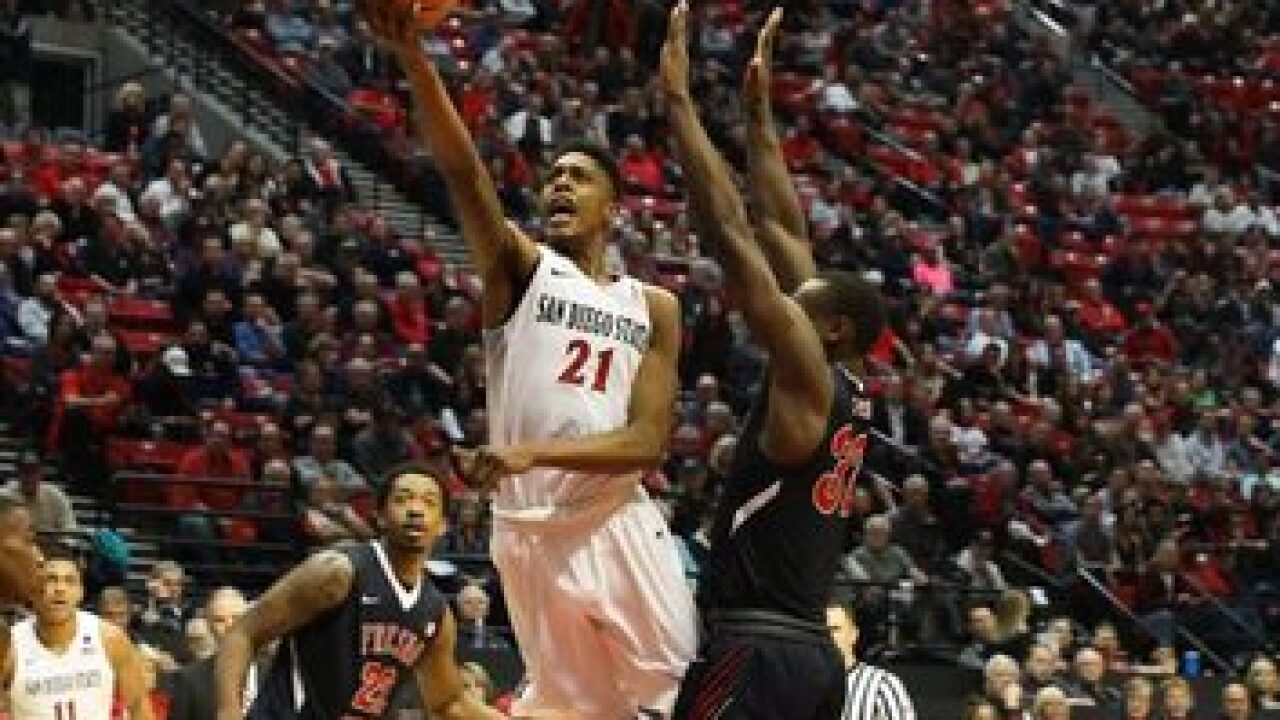 On Wednesday night SDSU’s chance for revenge slipped right through its fingers, as the team gave up a 10-point second half lead to fall to the visiting Bulldogs by a score of 77-73.

It was only the second home loss of the season for the Aztecs, who fell to 7-2 on Steve Fisher Court, 11-6 overall and 3-3 in Mountain West Conference play.

The loss was also the second straight for an SDSU team which came in still reeling from an 83-80 road loss at Boise State University only four days ago.

The Aztecs were able to get to within one point twice in the final minute and thirty seconds – after a long three-pointer from senior guard Trey Kell (14 points, five assists) and two free throws from redshirt freshman forward Jalen McDaniels – but a blocked shot and a turnover on their final two possessions doomed any chance for a last second comeback.

“Credit to them they didn’t stop fighting they competed to the end,” Kell said. “I feel like we let that one slip away.”