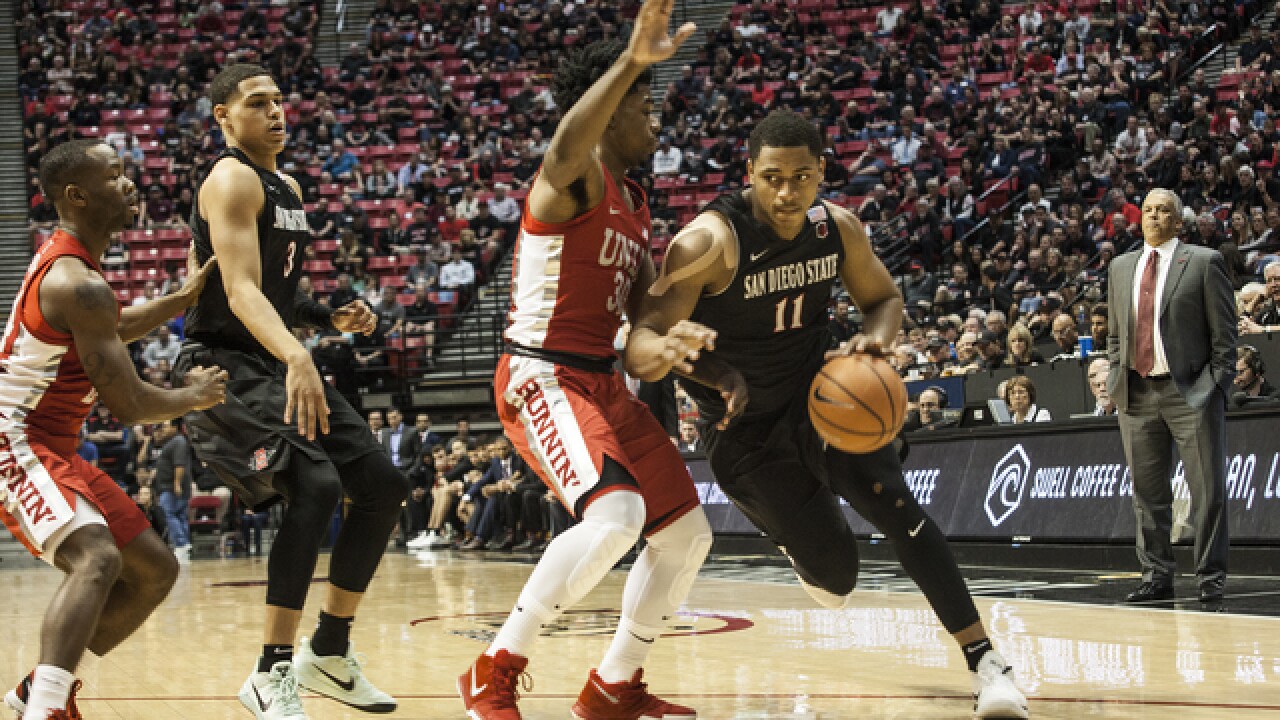 The steal and score gave the Aztecs a quick 6-0 lead, and opened up the floodgates for an 18-turnover night for the visiting Runnin’ Rebels.

“I was just trying to come out and set the tone for the game,” Mitchell said. “Set the tone that were here and we’re here to play.”

UNLV had 14 turnovers in the first half alone, and SDSU turned a resulting 20 point halftime lead into a 94-56 victory on Saturday afternoon at Viejas Arena.

“It is something we take pride in because to get where we want to get to we have to step our game up on that end,” Kell said. “It was a good start for us tonight.”