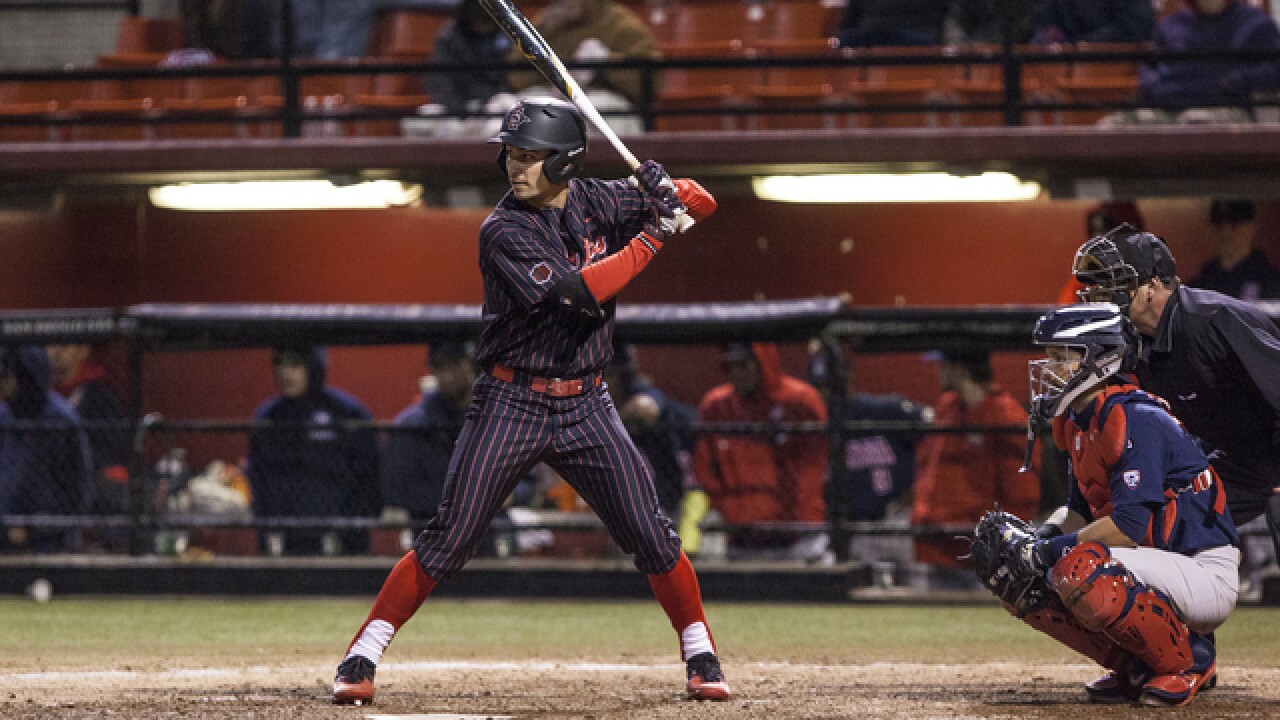 The Daily Aztec
Kelly Smiley
<p>Chase Calabuig stands at the plate during the Aztecs 3-2 victory over Arizona on Feb. 23 at Tony Gwynn Stadium.</p>

SAN DIEGO (Daily Aztec) - San Diego State baseball won 3-2 against the Air Force Academy, scoring on a wild pitch in the bottom of the eighth inning on Friday night at Tony Gwynn Stadium.

Junior pitcher Jake Gilbert loaded the bases full of Aztecs, before sophomore pitcher Shawn Kelley came on in relief and threw a wild pitch on a 1-2 count to score senior outfielder Chase Calabuig.

Gilbert (1-1) was given the loss after coming on in relief for Falcons starting junior pitcher Tyler Mortenson.

Senior pitcher Jacob Erickson started the game for SDSU, and went 6.2 innings with seven strikeouts while allowing five hits and two runs (one earned) in his first start of the season.

“He’s unbelievable, and it was a very gutty performance out of (Erickson),” Martinez said.