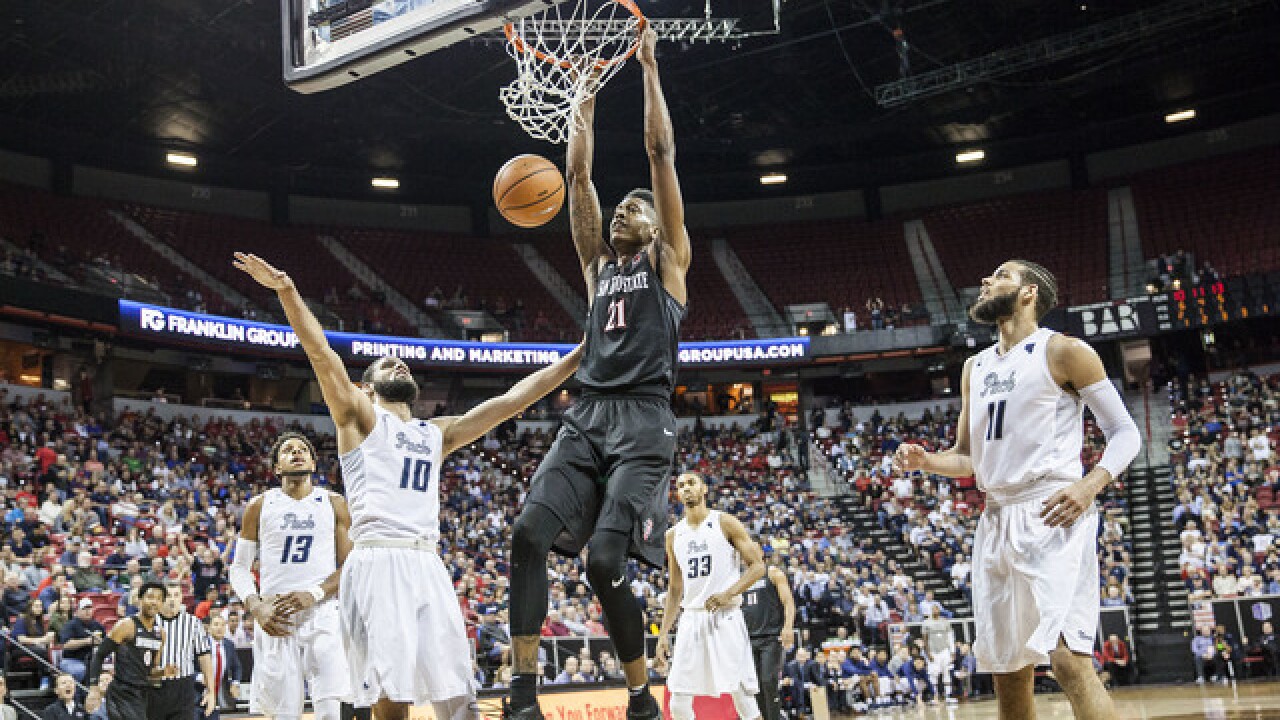 The Daily Aztec
Kelly Smiley
<p>Malik Pope dunks the ball during the Aztecs 90-73 victory over Nevada on March 9 at the Thomas & Mack Center.</p>

The Aztecs had an opening half to remember, leading by as many as 34 points before going into the break with a 55-25 advantage.

The large contingency of Nevada fans who made the trek from Reno to Las Vegas sat stunned, while SDSU faithful hooted and hollered as the game quickly went from bad to worse for the tournaments No. 1 overall seed.

Nevada made a late 8-0 run in garbage time to cut the Aztecs lead to 84-67 with 1:26 to play, but the game never appeared in doubt as SDSU cruised to victory.

"We're excited to have a chance to play for the conference championship tomorrow, and get a chance to get in the NCAA tournament," head coach Brian Dutcher said.

The Aztecs improve to 21-10 overall while increasing their winning streak to eight games, and will now await the winner of the nights other semifinal matchup between No. 7 Utah State and No. 3 New Mexico.

"I know our team will be ready and so will our opponent," Dutcher said. "I think it’ll be a great matchup tomorrow whoever it is."

With the loss, Nevada drops to a record of 27-7, and the team will now have to play the waiting game to see if its ticket gets punched for the NCAA tournament.