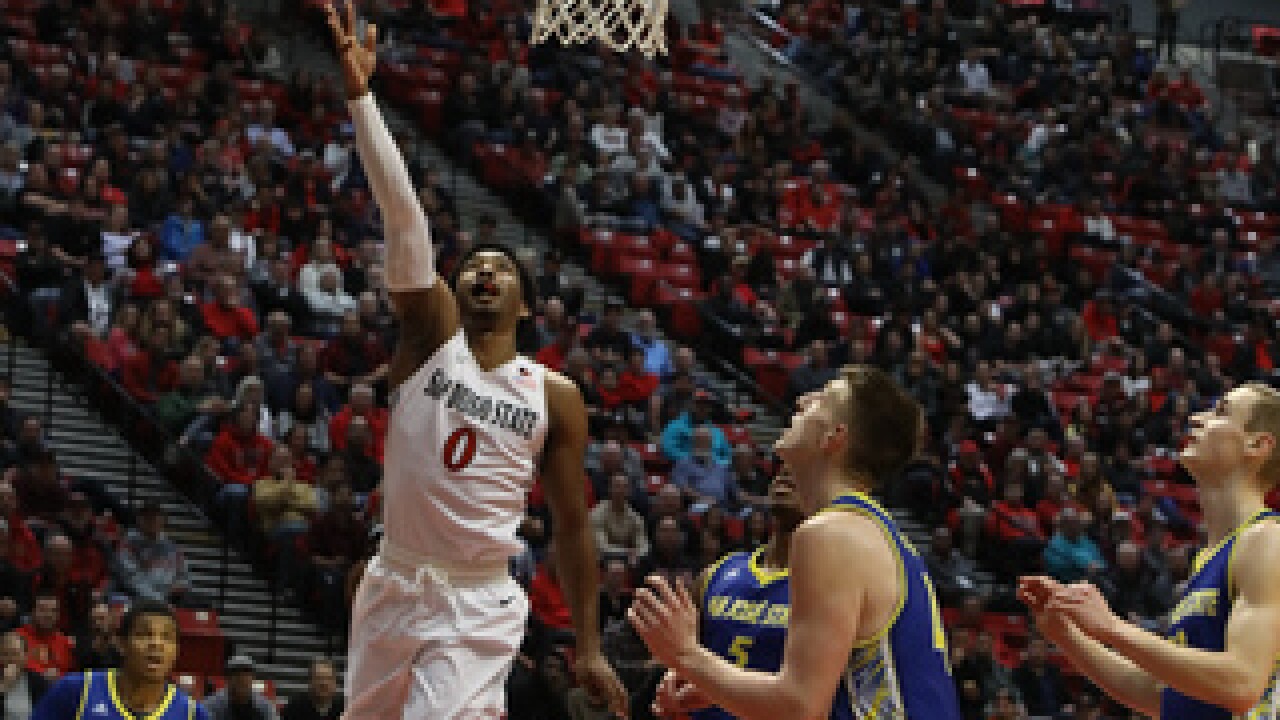 The Daily Aztec
Samantha Bonpensiero
<p>Devin Watson goes up for a layup during the Aztecs 85-49 victory over San Jose State University on Jan. 9 at Viejas Arena.</p>

The Aztecs earned redemption after losing on the road to the Spartans last season, something which gave this years team a bit of extra motivation.

The win was the third straight for the Aztecs, who improve to 11-4 overall, 3-1 in conference and 7-1 at home.

The loss drops SJSU to 3-13 on the season, and the team remains winless in Mountain West Conference play at 0-5.

The game was close for much of the first half, and SDSU carried a 32-23 lead into intermission.

The Aztecs came out of the break on a 16-2 run, however, to put the game out of reach for the visiting Spartans.