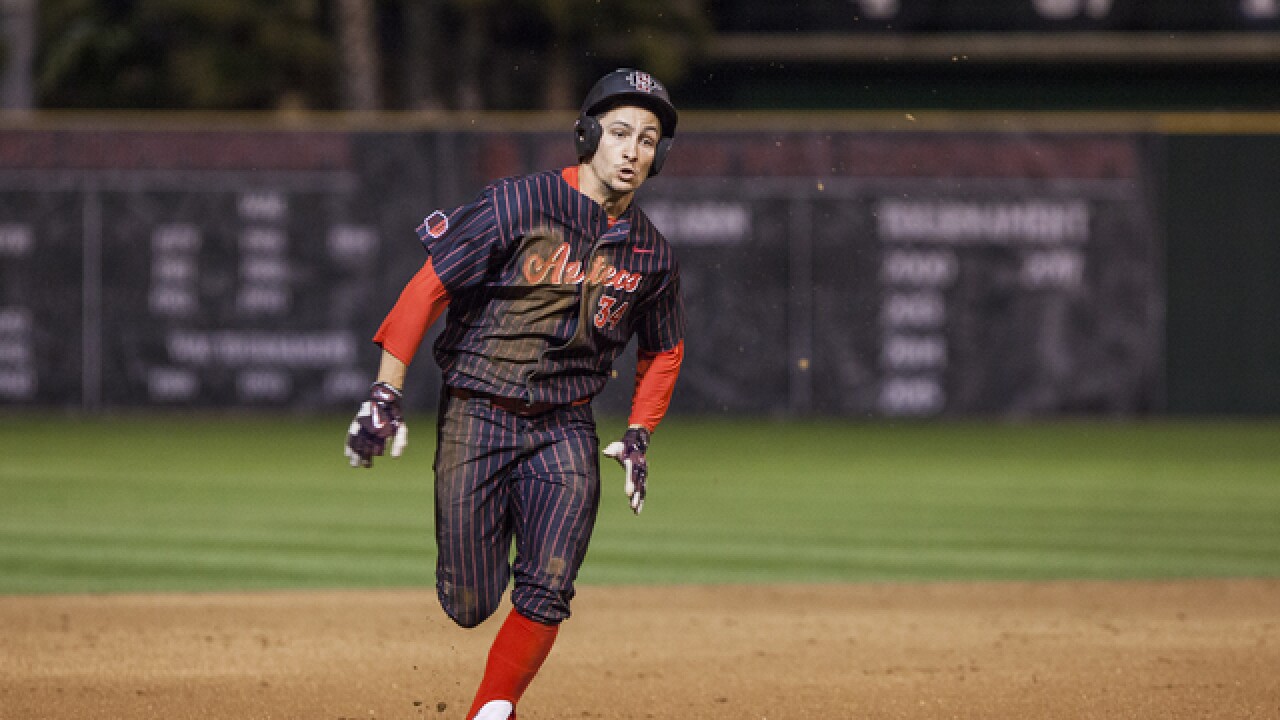 SDSU remains undefeated with a record of 3-0, while Santa Barbara falls to 0-3 to start the new year.

“We tell our guys all the time winning is extremely difficult, it’s hard to beat somebody three times,” head coach Mark Martinez said. “Santa Barbara’s a great program, it’s a testament to our kids coming out with the right attitude.”

The Aztecs started junior pitcher Garrett Hill (1-0) – a transfer from Santa Rosa College – who came away with a victory in his first career start in the scarlet and black, finishing with six strikeouts in five innings pitched while giving up two unearned runs.

“(Hill’s) a perfect Sunday guy, he’s going to pound the strike zone,” Martinez said. “He’s a good addition to our program and I think he’ll kind of settle into that Sunday role.”

It was the second home run in as many games for Calabuig (2-4, two RBI, two runs), who said that he is locked in at the plate so far in his farewell season on the Mesa.

“Up at the plate I feel like I’m being slow,” Calabuig said. “I’m seeing the ball really well letting it travel deep and seeing the results."