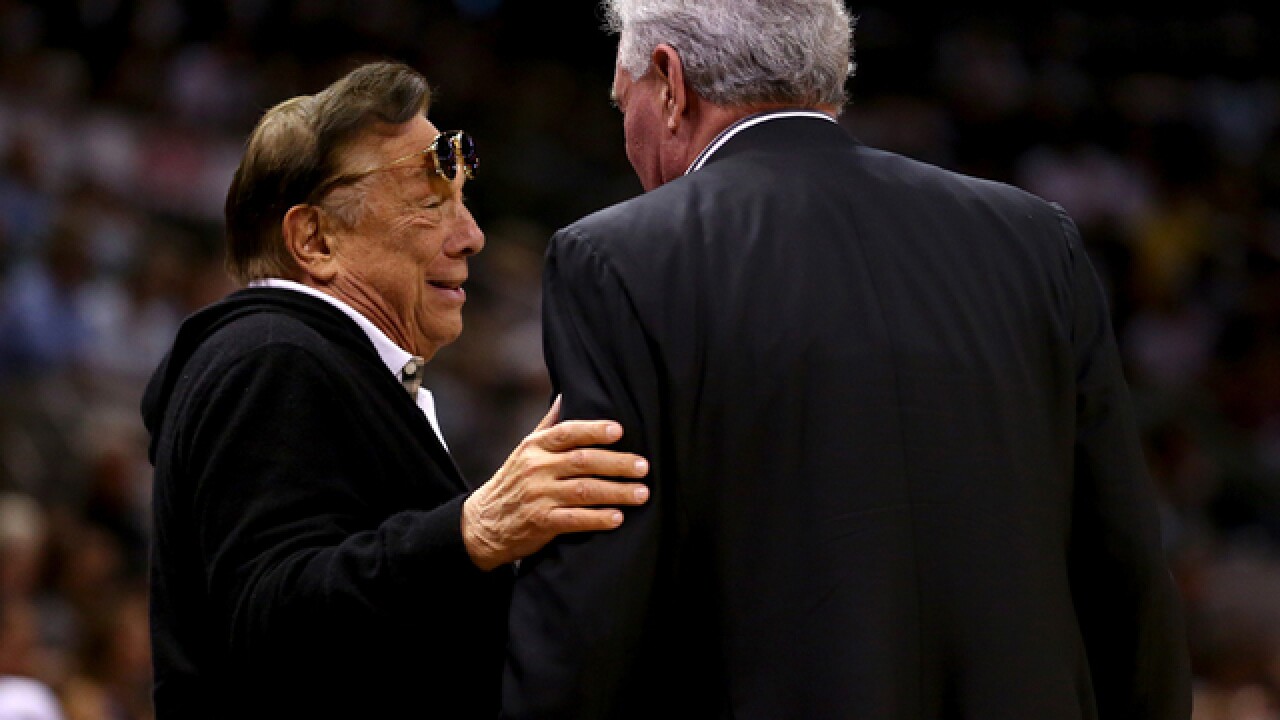 LOS ANGELES (CNS) - A judge ruled today that two law firms can move forward with their collective bid to collect more than $270,000 in legal fees allegedly owed by Donald and Shelly Sterling, stemming from a 2014 probate action that cleared the way for the sale of the Clippers.

Los Angeles Superior Court Judge Barbara Scheper said there were enough details in the lawsuit filed by Bloom & Ruttenberg and the second firm, Ginzburg and Bronshteyn, for it to remain a viable case.

She was not swayed by defense arguments that Shelly Sterling should be dismissed as a defendant because her interests were adverse to those of her husband, who she wanted removed as a co-trustee to the family trust. Unlike her spouse, Shelly Sterling also favored the eventual sale of the team to former Microsoft CEO Steve Ballmer for $2 billion.

The judge said the Sterlings' conflicting interests at the time do not necessarily negate the current potential liability of the trust, of which Shelly Sterling is now the sole trustee.