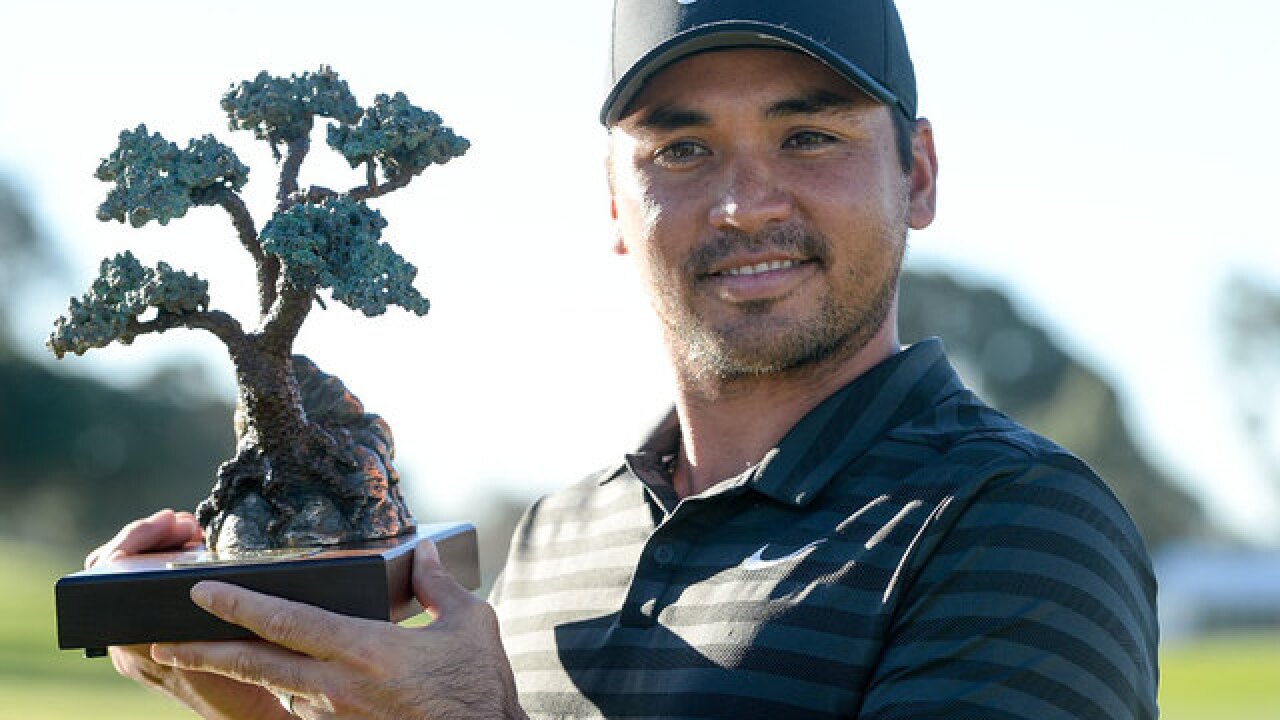 Copyright Getty Images
Donald Miralle
Jason Day of Australia poses with the trophy after the sixth playoff on the 18th hole to win the Farmers Insurance Open at Torrey Pines South on January 29, 2018 in San Diego, California. 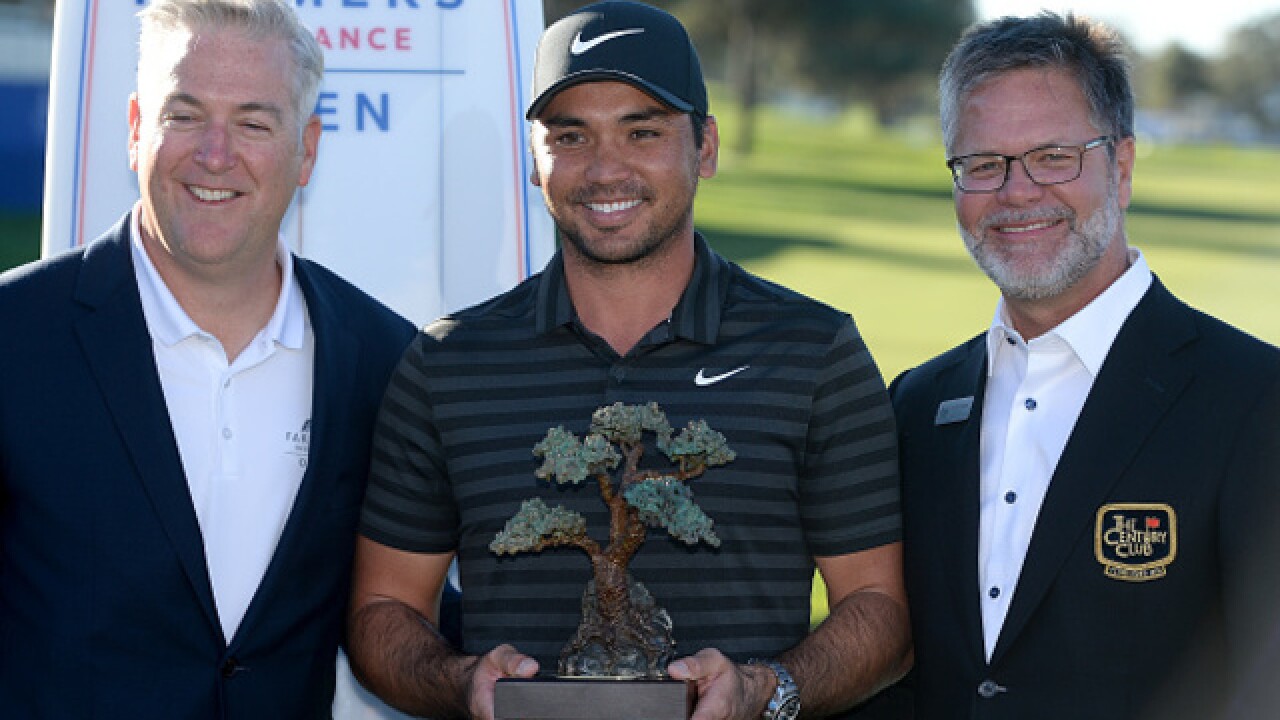 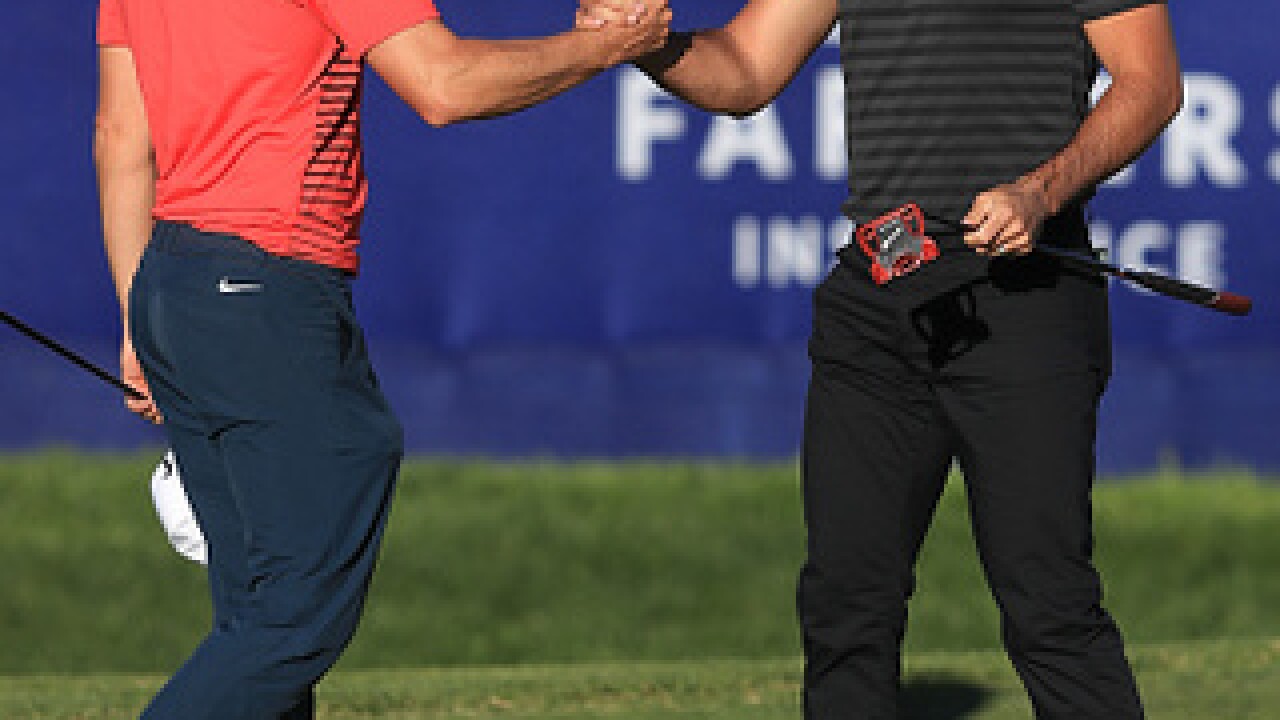 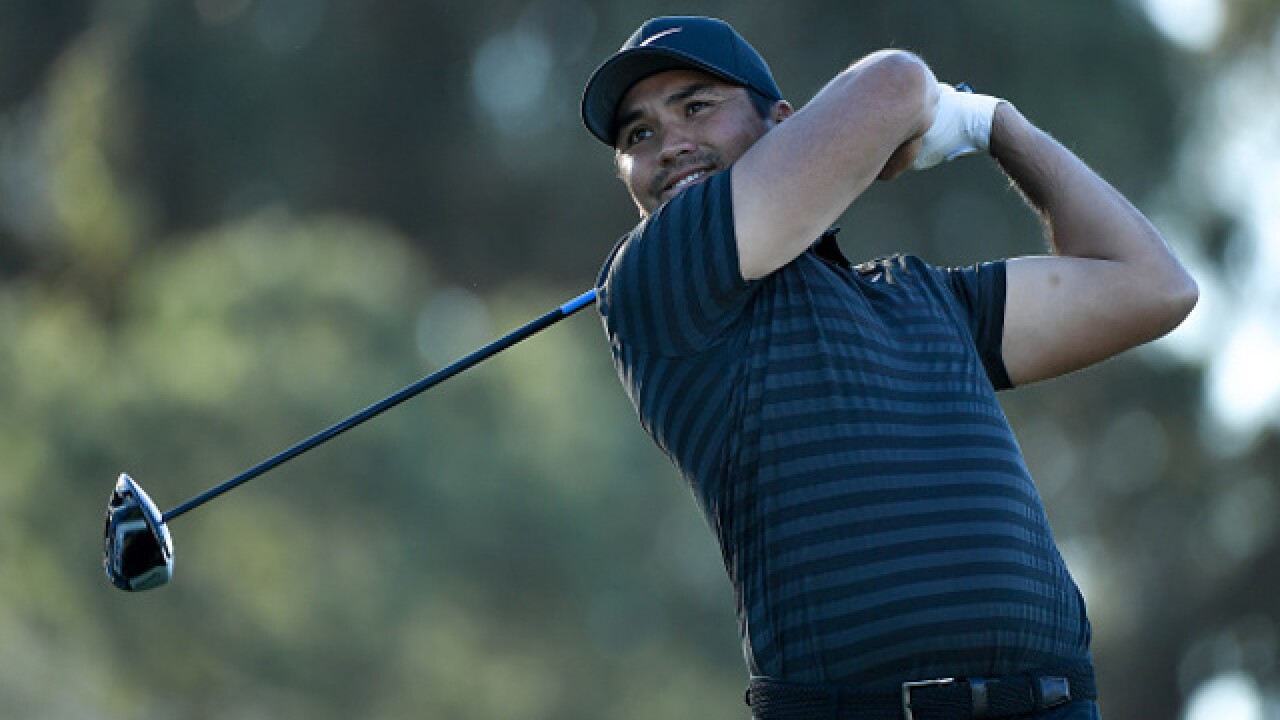 Day, 30, battled through a lingering back injury to secure the victory with a birdie on the 18th hole, while Noren recorded a bogie after his second shot rolled off the green into a pond. Day earned $1.242 million with the victory and Noren, $607,200, the same amount that Ryan Palmer earned even though he was eliminated in the first playoff hole Sunday.

Before the playoff was suspended Sunday night because of darkness, the pair had each birdied the 18th hole three times during the sudden death playoff, and both had shot par on holes 16 and 17. Noren was in better shape than Day off the tee, when the Swede's drive ended up just off the fairway while Day's drive was in the rough off the right side.

Noren took an aggressive approach on his second shot, hitting the green, but his ball rolled back into the pond, costing him a stroke. That allowed Day to hit a safe shot into the fairway in front of the hole, and from there the Australian chipped within two feet and tapped in his birdie putt for the victory.

"It's been a long time coming (after) last season," Day said, alluding both to his back injury and to his mother's cancer diagnosis. "It's special because I've worked very hard during the off season to get back in this position."

Day said the victory, his 11th on the PGA Tour, was a "good start" in achieving his goal of getting back to the top of the world rankings.

The last playoff hole was contested without spectators "given the security and operational realities necessary to ensure the safety of both fans and PGA Tour players alike," said Peter Ripa, CEO of the Century Club of San Diego/Farmers Insurance Open.

Noren led the tournament by one stroke over Ryan Palmer entering Sunday's play, with Day three strokes behind in a seven-way tie for fifth.

Day, playing two groups ahead of Noren and Palmer, who were in the final group, took the lead with a birdie on the ninth hole -- his fourth of the day -- to go 4-under for the round and 12-under for the tournament.

Noren regained the lead when he birdied the ninth hole and Day bogeyed the 11th. Noren fell back into a tie with Day when he bogeyed the 12th hole. Noren's bogey on the 14th hole briefly created a three-way tie with Day and Palmer at 10-under, which ended a hole later when Palmer bogeyed.

Day completed his round by parring the 18th hole for a 2-under 70 for the round, remaining at 10-under for the tournament. Noren had a chance to win the tournament in regulation, but missed a 13-foot, 1-inch putt for birdie on the 18th, completing the round at 1-over 73.

Palmer created a three-man playoff by sinking a 17-inch putt for a birdie on the 18th hole, completing his round at par.

Palmer was eliminated on the first playoff hole, the par-5 18th when he made par and Day and Noren both made birdies. Palmer is winless in his three playoffs on the PGA Tour.

The playoff "was very nice in the beginning when you could see," said Noren, a 35-year-old who played at Oklahoma State and mainly plays on the European Tour.

"In the end it was very tough," Noren said. "On the last hole I could barely see."

Noren was seeking his first PGA Tour victory in what was his 36th PGA Tour start.

Noren's best result on the PGA Tour was tying for fifth in the 2017 World Golf Championships-Dell Technologies Match Play when he reached the quarterfinals, losing to eventual champion Dustin Johnson. His best finish in stroke play was tying for sixth in last year's British Open. He has nine victories on the European Tour, including four in 2016.

Noren is 19th on the Official World Golf Ranking, 11 spots below his highest ranking, which came in July.

Day is a 30-year-old Australian with 10 PGA Tour victories, with the most recent before today coming in the 2016 Players Championship. He is 14th on the Official World Golf Ranking.

Tiger Woods shot a par-72 with four birdies and four bogeys, completing the tournament at 3-under 285, tying for 23rd with five other golfers, seven shots off the lead in his first PGA Tour event in a year.

Woods said he was "very pleased" with his performance in the first PGA Tour event he completed since the 2015 Wyndham Championship.

"I had to fight for every score on every hole and sometimes those are more pleasing than the boring rounds," said Woods, who began the round eight strokes off the lead in a five-way tie for 39th. "It showed that I had heart. I fought my tail off and it was good stuff."