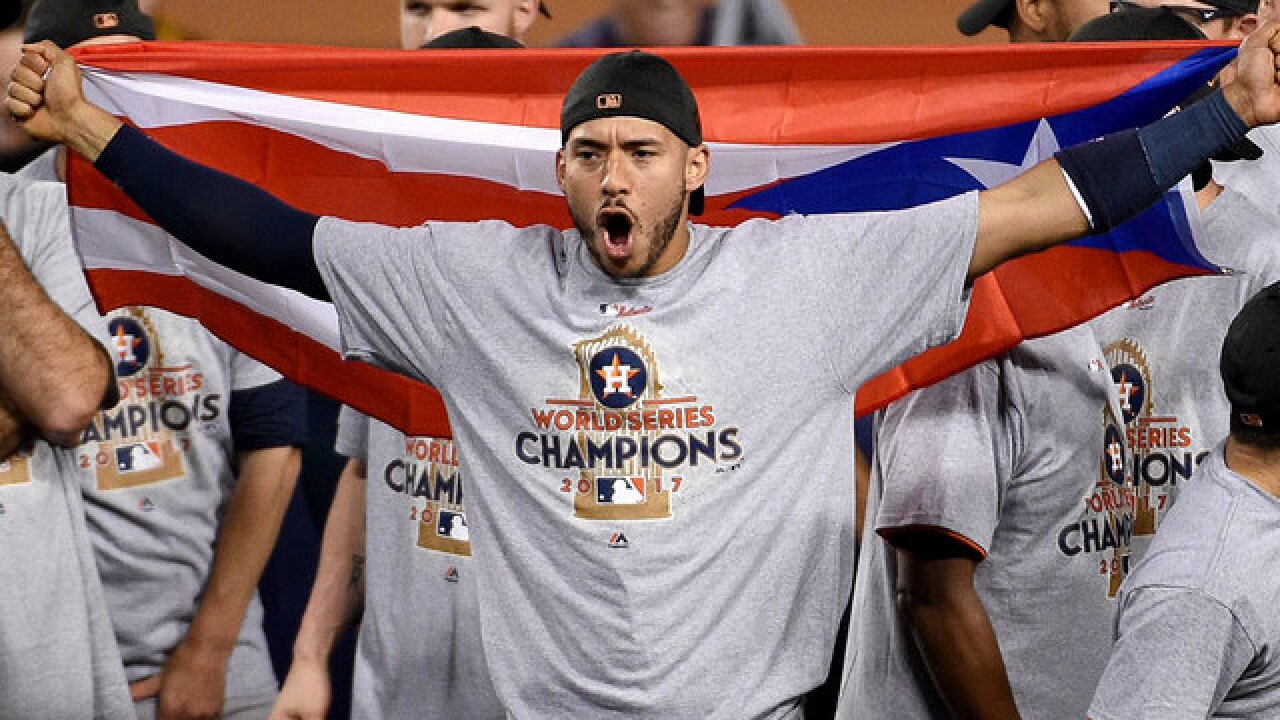 The Astros shortstop proposed to his girlfriend on television moments after Houston earned its World Series title with a 5-1 victory in Game 7 on Wednesday night.

The proposal from her boyfriend of over a year completely surprised Rodriguez, a former Miss Texas. She had no idea Correa was contemplating the next step, or that he had been urged to do it by his mother.

Correa says he gambled and waited until the last game of the season because he knew the Astros had "championship potential."

She said yes, of course.

A great day for @TeamCJCorrea just got even better.

While Correa went to the clubhouse to spray champagne, Rodriguez gleefully flashed the huge ring to her fellow Astros wives and girlfriends, including model Kate Upton, who is engaged to pitcher Justin Verlander.