San Diego International Airport is reporting an increase in travelers as coronavirus restrictions continue to lift. 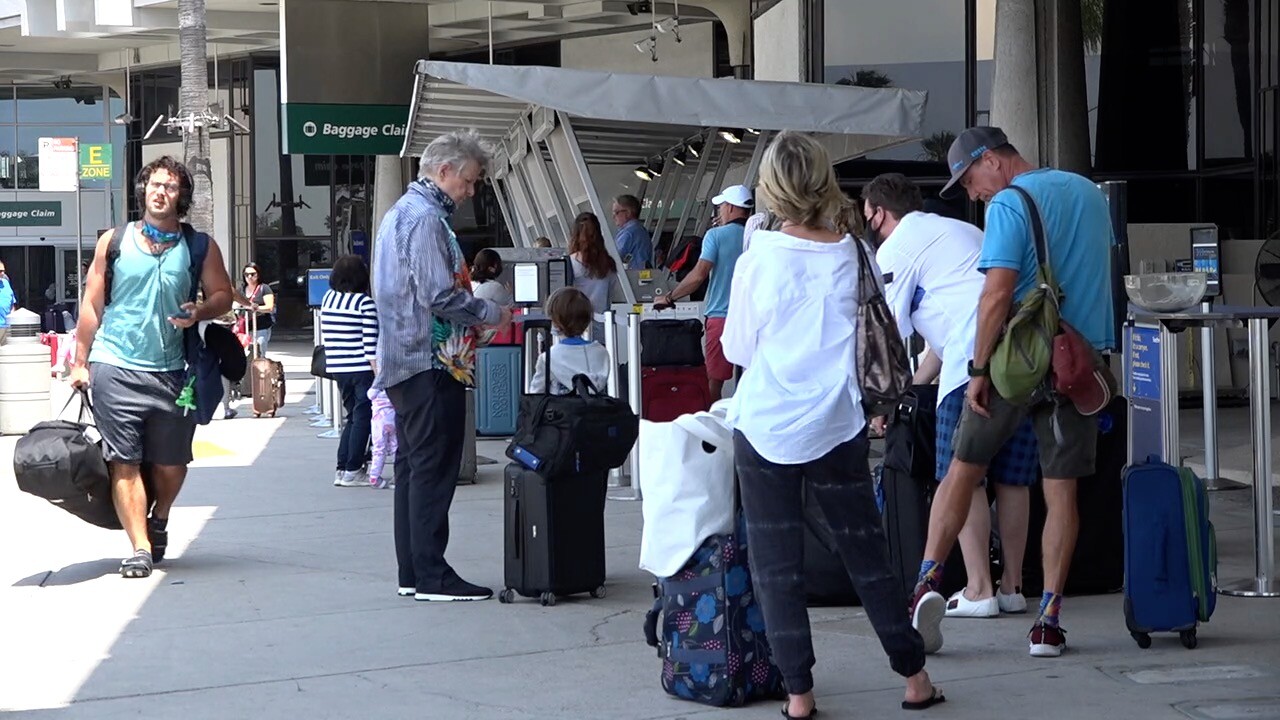 New numbers from the San Diego Airport Authority showed that from June 18 to 21, an average of 8,679 daily travelers went through the TSA Checkpoint. That's a drop off of 80 percent from the same time last year.

However, during the height of the coronavirus restrictions in April, the drop off was as much as 95 percent compared to the same time in 2019.

"From what we are seeing and based on our conversations with airlines, leisure travel is coming back faster than business travel, and this is consistent with nationwide trends and reports," said Airport Authority spokeswoman Sabrina LoPiccolo.

LoPiccolo says the airport has taken numerous steps to help stop the spread of COVID-19, including plexiglass sneeze guards in some areas, increased cleaning and floor markers to encourage social distancing.

The large drop off in travel has taken a toll on businesses that depend on travelers to survive.

Across the runway at Park, Shuttle, and Fly, owner Al Cruz says the lack of air travel forced his family to temporarily lay off the lots 15 workers.

"We were very scared," Cruz said. "We moved real quick, we have to survive. We're family-owned and we're not a big corporation. We don't have a lot of money to sustain us.

During the height of the shutdown, Cruz rented hundreds of spots to a rental car company to store excess cars, but it was a revenue cut. In June, he received a Paycheck Protection Program loan and reopened, hiring back the 15 workers.

There are now about 45 cars owned by travelers in the lot. Cruz said he needs the trend of increased flying to continue to make it.

"If it does not, it flattens out like it was three months ago, we can't survive on that," he said.

The Auto Club of Southern California is reporting a surge in people inquiring about road trips as their preferred form of summer travel. It will release its formal projections Thursday.