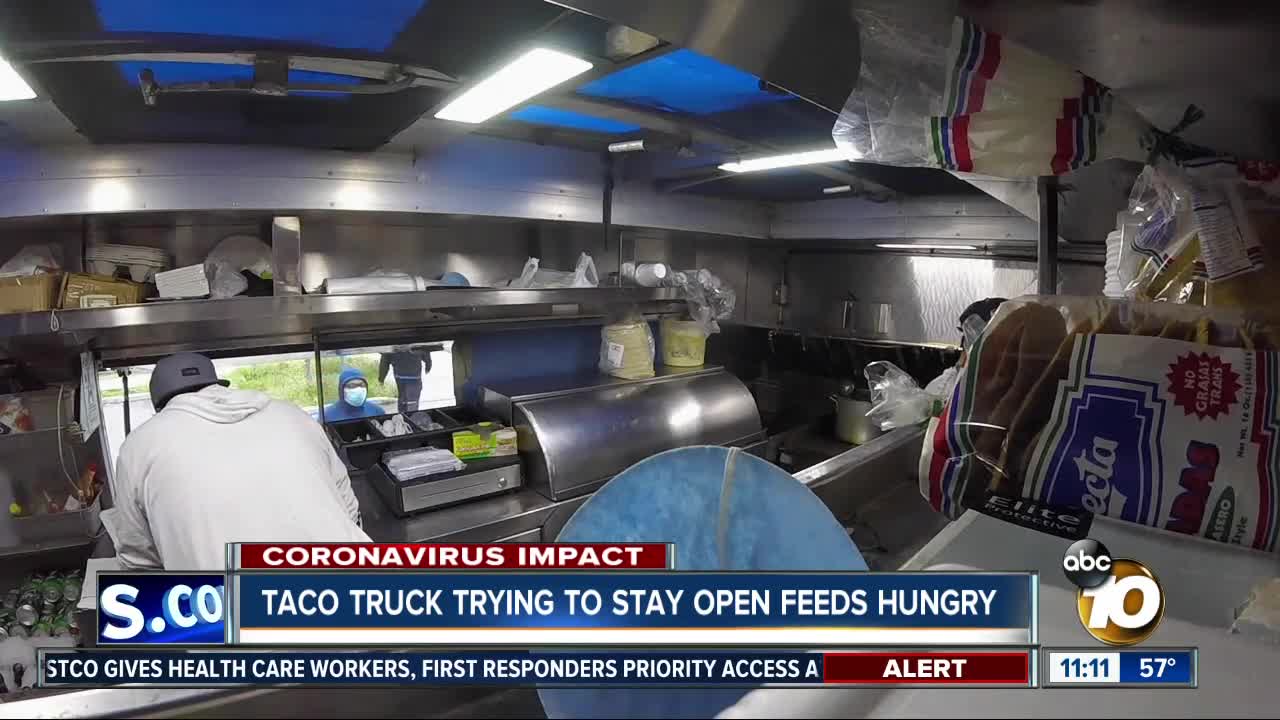 SAN DIEGO (KGTV) -- A San Diego taco truck owner is trying to stay in business during the pandemic while also working to feed those in need when he can.

The Kyrios Mariscos y Frutas truck parked at the corner of El Cajon Boulevard and Felton Street is famous for its fish tacos.

Owner Christian Martinez only has help from family members on some days now, since he had to let go of his staff.

“Like everyone else, we couldn’t believe what was going on. We thought everything was going to be one week or two weeks,” Martinez said.

While the stay-at-home order remains in place, Martinez has been working 15 hours or more just to stay afloat.

He said his truck is a community food truck, with plenty of regular customers, but unfortunately business has dropped by about 75 percent.

“We understand that most of them are laid off or furloughed, or they’re just not working at all,” Martinez said.

As long as he’s healthy and able to work, Martinez said he will continue with his business.

“I can’t stop working. This is my only support; this is pretty much where I get the money for myself and my family,” he said of this food truck.

Martinez told 10News he feels obligated to feed anyone who comes to his truck, regardless of how much they can afford to pay. On his Facebook page, he said anyone who needs food can get it at his truck.

“If you know anyone who has nothing at all to eat, I don’t mind two or three fish tacos,” said Martinez. “Trust me, they’re going to go home with something in their stomach.”

He added, “I know eventually it’s going to pay off. When you were blessed, now it’s time to bless somebody else.”