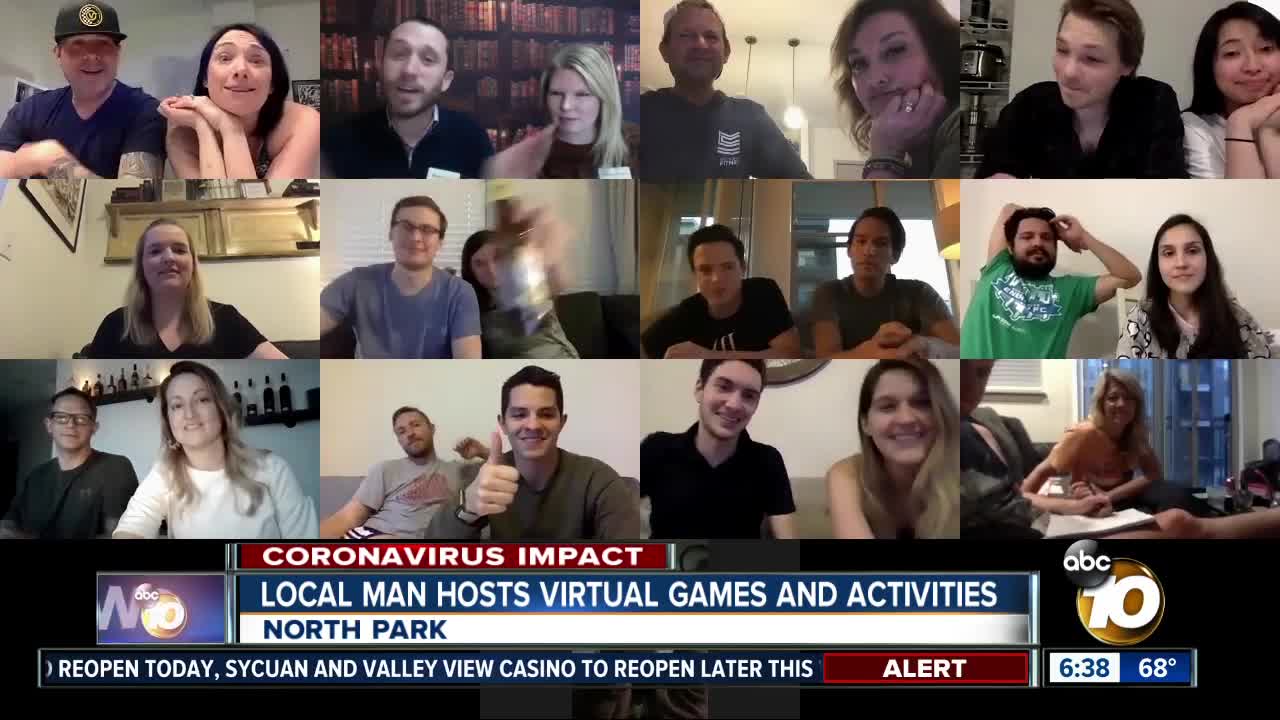 A local company is continuing to bring people together through games and activities, but this time in a virtual space.

SAN DIEGO (KGTV) -- It's always been fun and games for founder, owner and host of Switchboard, Ryan Coon.

"We've been throwing what we call social entertainment events in San Diego for about 5 years, and most of those events were in person where people could interact face to face."

As the swell of closures came, his business which wasn't so distant friendly was the first to break.

"All of our events we spent months setting up were completely canceled within about 48 hours," Ryan said.

But it wasn't long until Ryan and his colleagues brainstormed and began testing ways they could still bring people together for events, from a distance.

"We started reaching out to friends and said 'we have this idea we want to try out', and we did a lot of beta tests," Ryan explained.

Three weeks later, all of his canceled events were put back on thanks to the now very popular webcam service, Zoom.

Before taking things virtually, Ryan was uniting tenants together through social events at various apartment complexes.

Thanks to word of mouth, he expanded his now virtual events to connect groups of friends, family and co-workers.

His company offered virtual events like stand-up comedy, charades and trivia. Ryan's one of five hosts and helped coordinate the events while kicking off the fun.

"There's been a lot of blessings that have come out of this situation. Now we can work with people nationwide whereas before it was only in San Diego. We're connecting families who haven't seen each other at the same time in years. It's what gets us up in the morning."