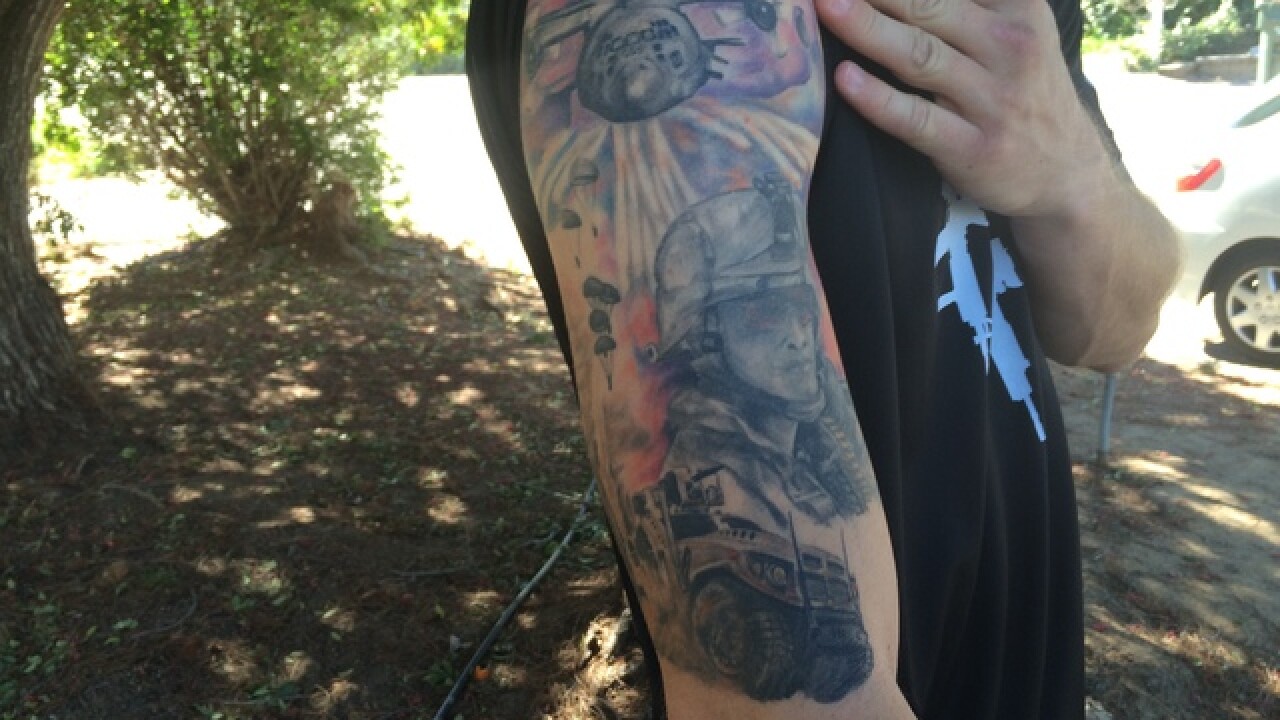 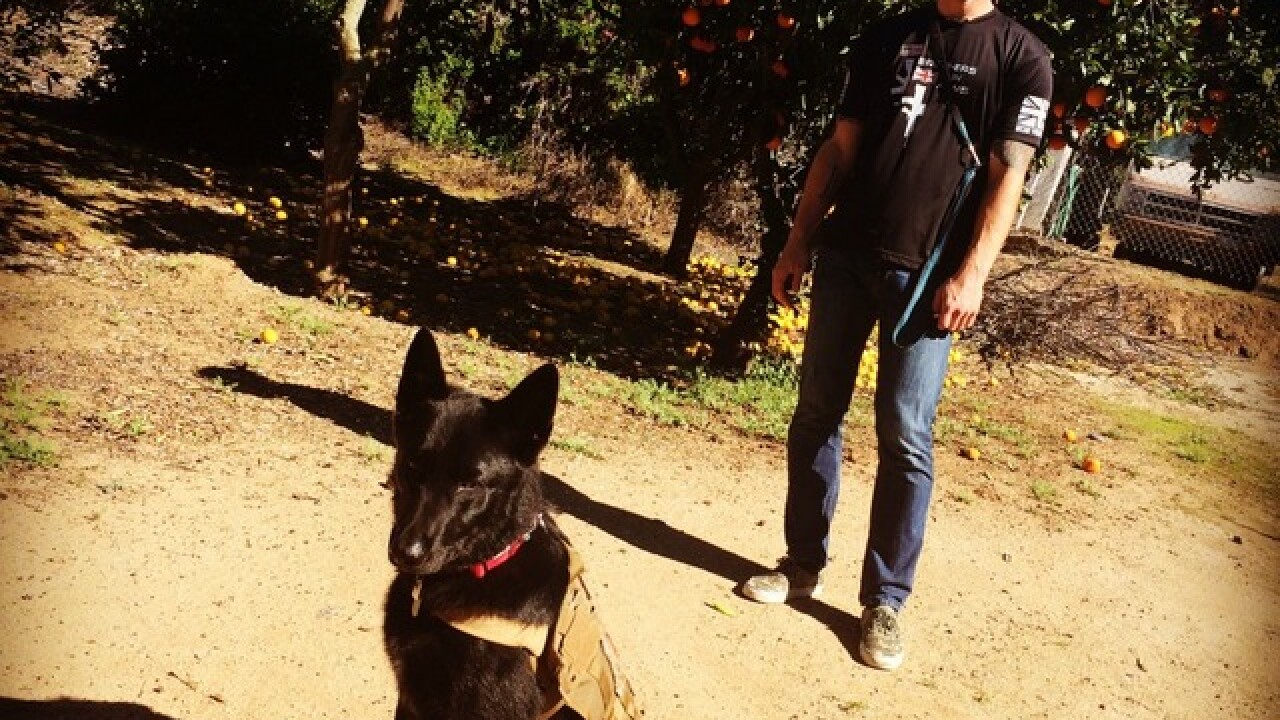 By: Anne State
Posted at 7:13 PM, Feb 12, 2016
SAN DIEGO -- Marine Lance Corporal Steven Koonce says his dog, Jax, is his best friend.
“I’ve never had a dog like him… he focuses on me.”
LCPL Koonce is a decorated Marine now based at Camp Pendleton. He spent years battling in Afghanistan and Pakistan; now he says he battles depression.
“I lost a lot of friends when I was overseas,” he explains. His best mate, LCPL Jacob Ross was killed in action. Koonce has a picture of his face tattooed on his arm, along with a phrase in Latin that says, “He who shed blood with me shall forever be my brother.”
Koonce tells 10News he has also lost several comrades to suicide, including three Marines in his unit who took their own lives in the same weekend.
LCPL Koonce realized he could use a service dog.   “I was just looking for a battle buddy, you know. Then I got him [Jax] and it’s been a complete 180 for me.”
“He’s definitedly saved my life… he’s always there, putting a smile on my face, said Koonce.
Other wounded warriors have gotten dogs, too, courtesy of the Oceanside group, Sherri’s Project Wounded Warrior Pack.
“We’re one large family helping each other,” explains the group’s CFO, Jennifer Zamora.  “I think we’re the only program that does this at no cost to the veteran. A lot of these vets are on shaky ground and we want to be that foundation for them. But we can’t do it without help.”
Scripps Only Content 2015