Worst over, but rain will linger through weekend 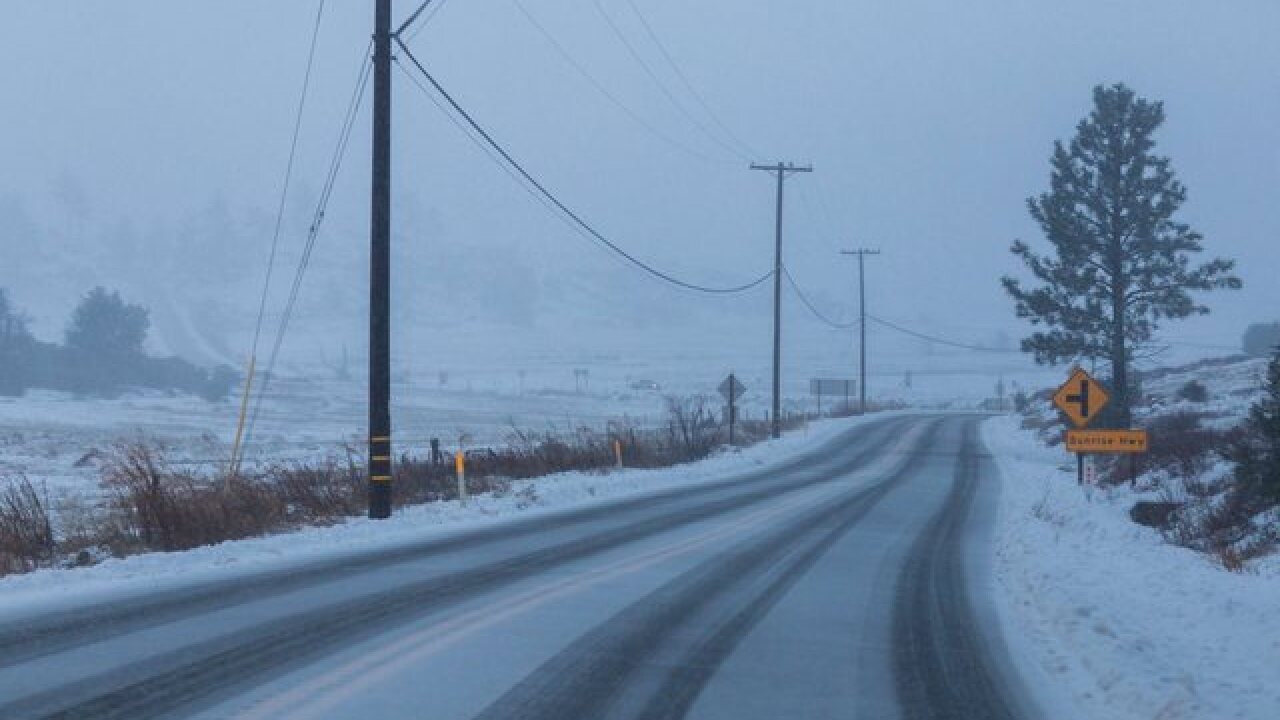 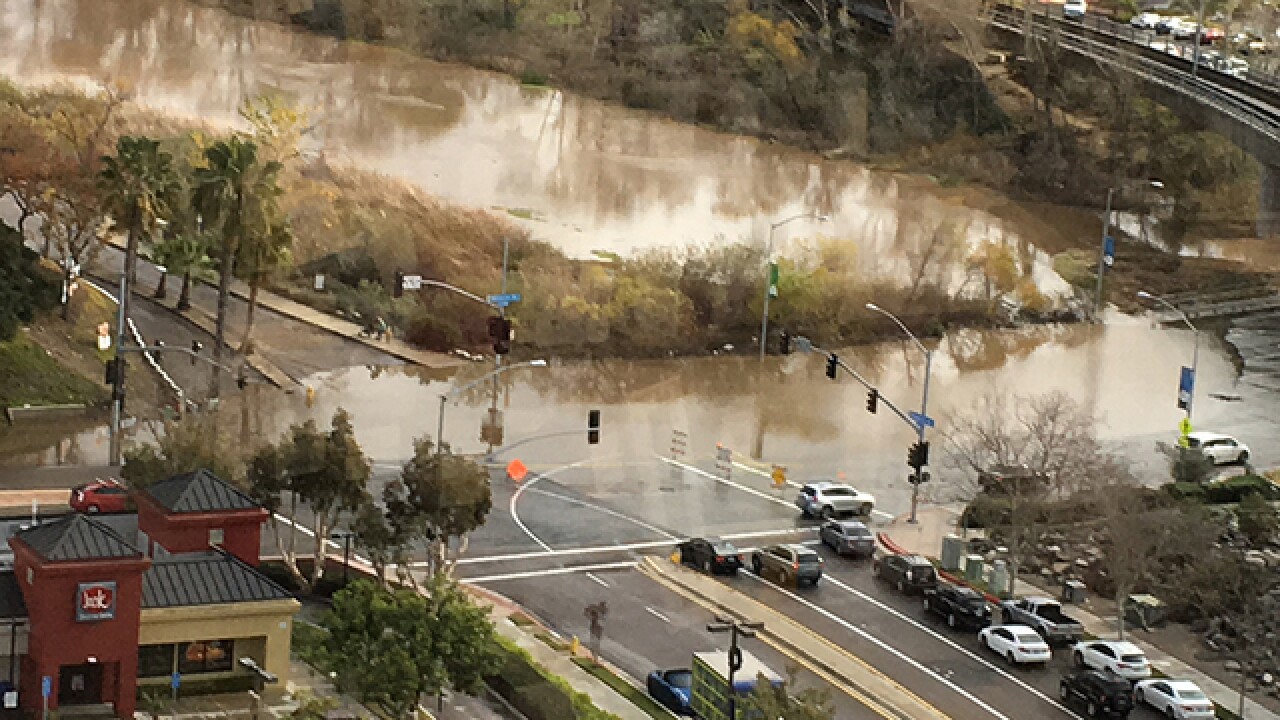 SAN DIEGO -- San Diego County could see some relief Friday from the series of El Nino-driven storms that caused widespread damage, flooded roads and contributed to numerous traffic problems, but another low-pressure system is likely to bring more wintry weather over the weekend.
The wet and windy conditions throughout the region are expected to weaken Friday morning and a brief respite from the storms is expected today and early Saturday, although potentially damaging surf sets of 10 to 14 feet are forecast at the beaches through tonight, and the National Weather Service has issued a high surf warning.
"Lingering showers over San Diego County will gradually decrease throughout this morning, tapering off finally by early this afternoon over the San Diego County mountains," according to the weather service.

The cleanup continues #LaJollaShores #SanDiego I'll have a look at the messes along the beach at 5pm @10News pic.twitter.com/Rs8FHLvd2Q

In a 72-hour period ending at 8 p.m. Thursday, automated gauges collected 7.46 inches of rain on Mt. Woodson; 6.31 inches in Poway; 5.88 inches in Julian; 5.61 inches at Henshaw Dam; 5.51 inches at Lake Cuyamaca; 5.43 inches in Ramona; 5.23 inches at Miramar Lake; 5.16 inches at Camp Elliott; and 5.05 inches in Descanso, according to preliminary NWS data.
Numerous locales elsewhere in the region reported less than five inches of rain, including the San Diego Country Estates with 4.84 inches of rain; Kearny Mesa with 4.82 inches; Santee with 4.17 inches; Alpine with 4.04 inches; 3.23 inches at Fashion Valley; and 2.78 inches at Lindbergh Field.

The DAMAGE has been done. What do we do now?A lot of you are extremely angry about the Smuggler's Gulch in the Tijuana...

The storms brought varying amounts of snowfall to the East County mountains, including 12 to 15 inches on Mount Laguna, about seven inches on Palomar Mountain, an inch or so in Pine Valley and a light dusting in Descanso, according to meteorologists.
The spate of wet and windy conditions caused extensive damage in parts of the county. Uprooted or snapped off trees damaged a couple cars and roofs in Sabre Springs, antennas were bent and roof shingles were blown off in Vista, wind damaged a garage in Bonsall and at extensive flooding occurred on a golf course near the San Diego River, according to the weather service.
The wind, rain and snow also contributed to crashes along county roadways. The California Highway Patrol logged around 260 accidents between midnight and 9:30 p.m. Thursday. That compares with around 140 wrecks on an average "good weather" day.
Although San Diego County will get a break from the storms, another low- pressure system is just around the corner.
"After a break in the weather Saturday, another low-pressure system will bring more precipitation Saturday night through Sunday, although this system will not bring as significant precipitation amounts as the last systems that passed through out region."
City News Service Modified 2016