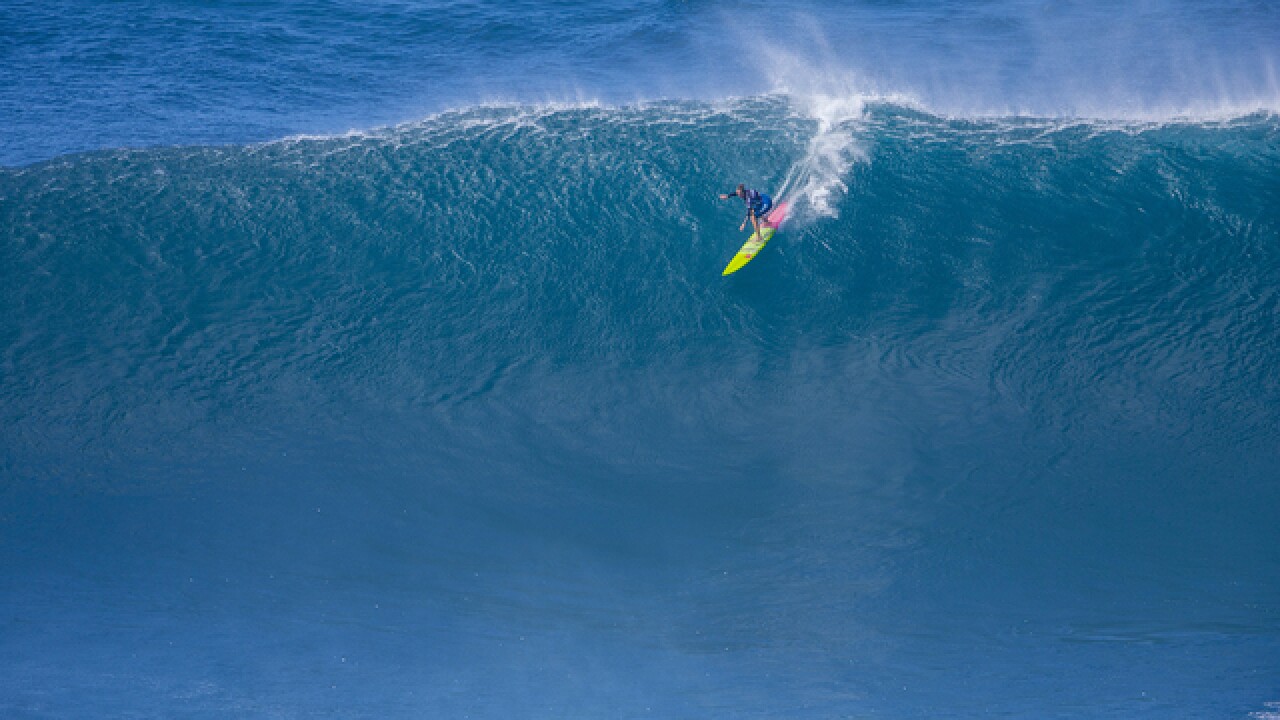 Copyright 2018 Scripps Media, Inc. All rights reserved. This material may not be published, broadcast, rewritten, or redistributed.
Sharp
In this photo provided by the World Surf League (WSL), Paige Alms competes a wave at a Maui surf break known as "Jaws" in Haiku, Hawaii, Friday, Nov. 11, 2016. Alms, who won the competition, was part of a group of women who made history Friday as they competed for the first time in the World Surf League's big-wave surfing competition. (Sharp/Freesurf/WSL)

LEMOORE, Calif. (AP) — The World Surf League says it will award equal prize money to women and men for WSL-controlled events beginning with the 2019 season.

CEO Sophie Goldschmidt says prize money equality is part of a long-range strategy to elevate women's surfing and has been in the works since the new ownership group took over in 2013.

Goldschmidt says prize money for the 2019 tour has yet to be determined, but that women's places 1-18 will earn the same as the men's 1-18 finishers.