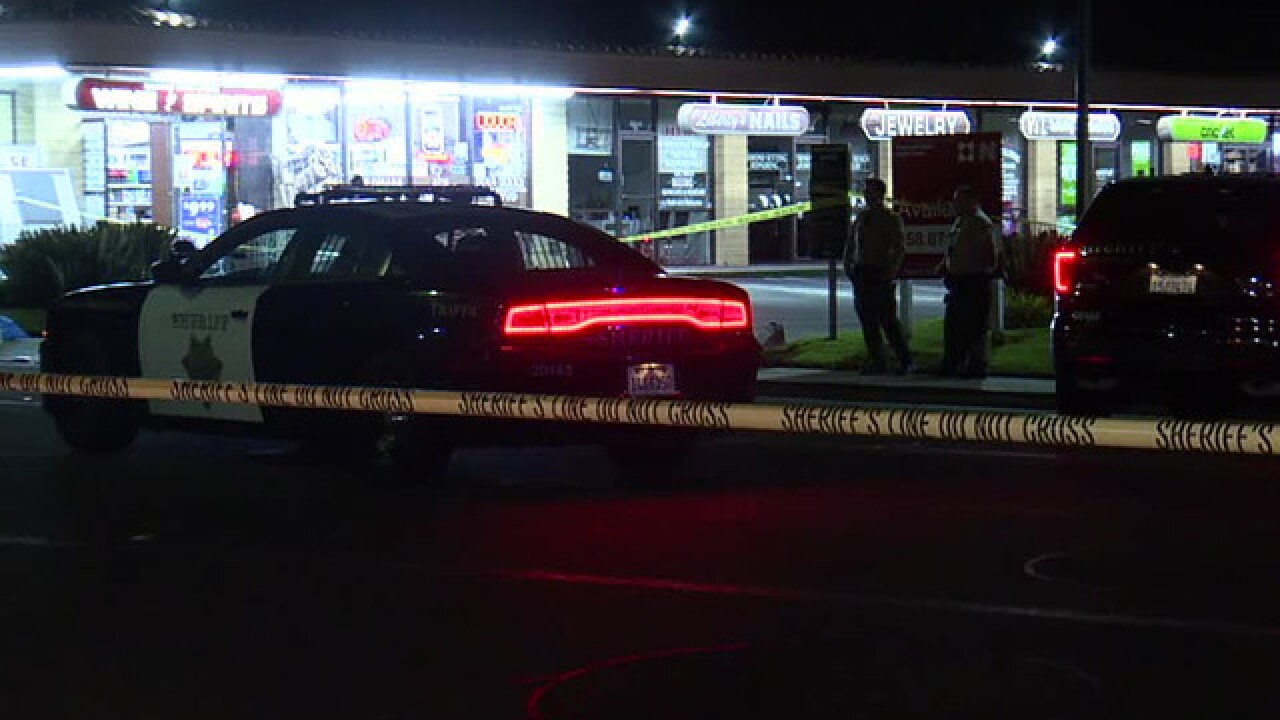 ENCINITAS, Calif. (KGTV) – A woman crossing the street in an Encinitas neighborhood Thursday evening was struck by a car and killed.

Sheriff’s deputies said the collision happened at the intersection of El Camino Real and Mountain Vista Drive just after 6:30 p.m.

Deputies told 10News the unidentified woman was not walking in a crosswalk when she was hit by a car on the eastbound side. The victim was carrying multiple bags of recyclables when she was struck.

The car’s driver remained at the scene and cooperated with deputies. He was not cited and released from the scene.