Witnesses question use of police force on deaf man 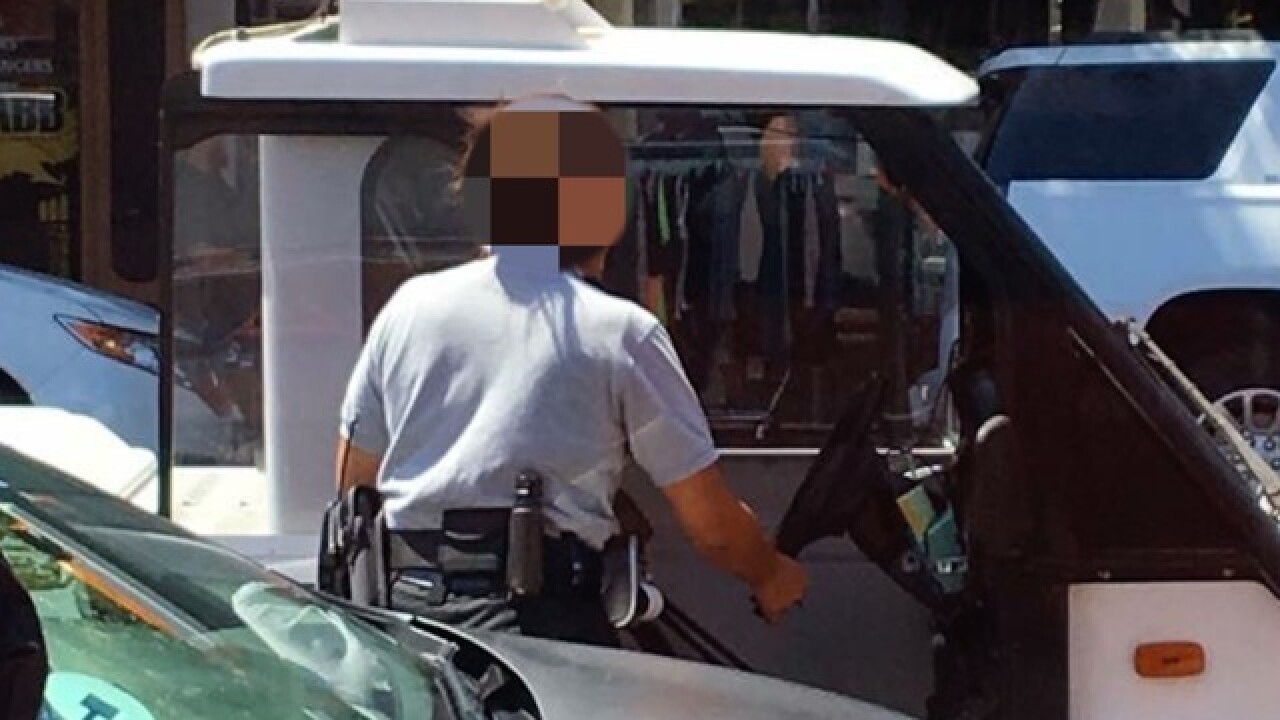 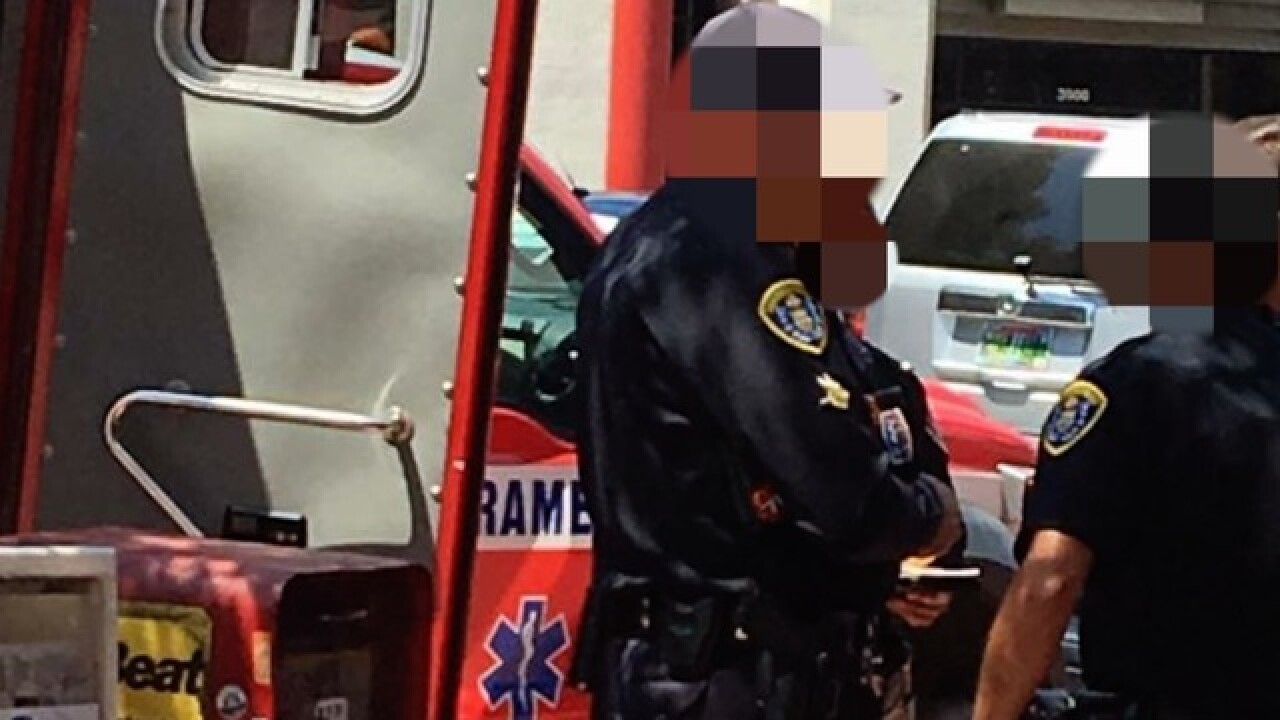 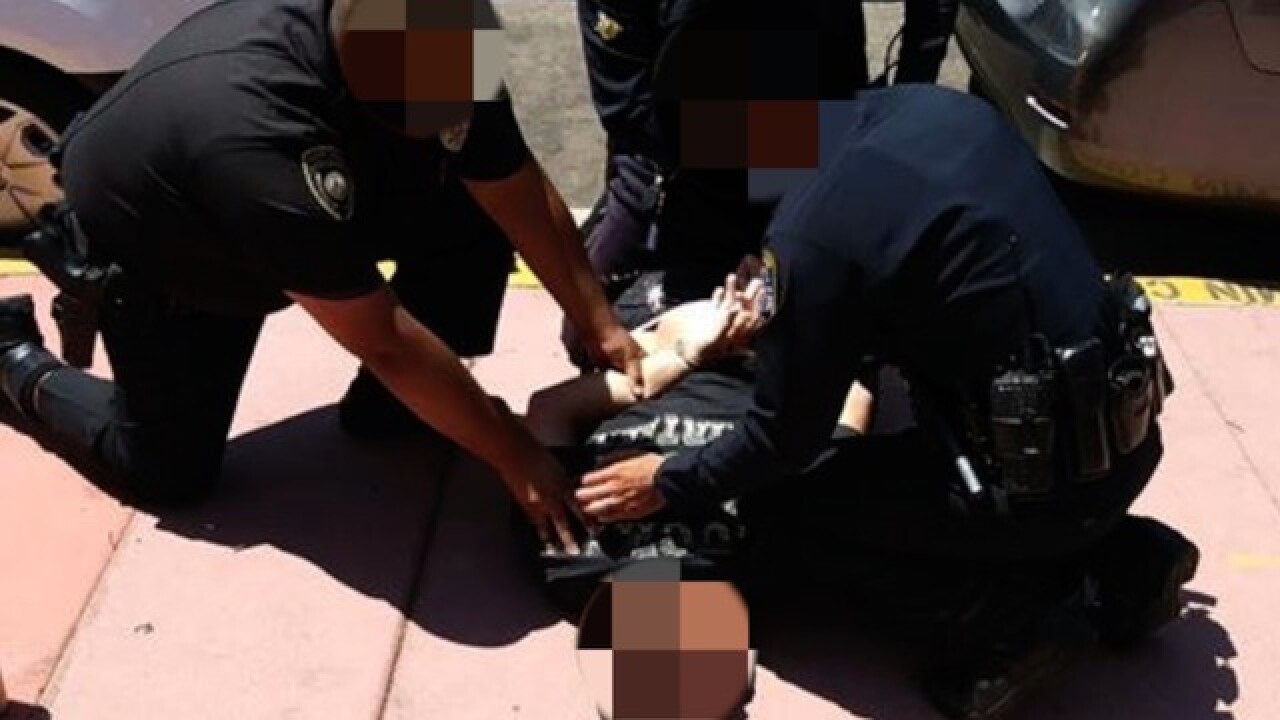 Tiara Arreloa works at a clothing store on 5th Avenue. She says the man illegally parked in a commercial loading zone to make a quick stop in her store to sell shoes.

"He couldn't speak, so he was communicating via a legal pad we had. As he was writing something to ask us, he saw that he was going to get a ticket," said Arreloa.

She says the man ran outside and was trying to communicate with the female traffic enforcement officer.

"Maybe because he could not speak and he was trying to communicate so he was making some muddled noises," said Arreloa. "So maybe she thought he was intoxicated."

She says within about two minutes, the officer pepper-sprayed the man in the face.

"There were customers going in and everyone was really frightened." Arreloa said. "It got so bad, the water wasn't helping, so we had to go to a restaurant and ask them for milk to neutralize the spice, the heat."

"Me and my co-workers were yelling he is deaf! He is deaf!" said Arreloa.

One of the officers used a taser on the man.

"It ends up with three men on top of him," Arreloa said. "This poor man on the ground can't even communicate, but they are forcing him down on the ground over a parking ticket."

She says when paramedics arrived, they started communicating with him in sign language.

Police say a motorcycle officer sent out a call for back up and they confirm a taser was used, but what led to the confrontation is under review. The 35-year-old man, whose name hasn't been identified, is charged with battery on a police officer. The traffic officer says he slapped her arm.

"He wasn't touching her, his hands were just here. He was trying to talk to her, " insisted Arreloa.

A spokeswoman with Deaf Community Services of San Diego would like to see all law enforcement officers get more training.

"The police really need some serious training and they need to learn how to become aware of the deaf community," said Aline Smith, Director of Media and Community Education.

"They need to learn cultural norms of the deaf community and learn how to identify if a person is deaf or hearing," Smith said. "That way they know how to treat them when they are pulled over."

She says facial expressions can sometimes be misunderstood, especially if a deaf person is upset.

"Doesn't mean I would become aggressive, but maybe my facial expressions, just like people who can hear and can speak, they have different vocal tone. The deaf community has the same thing in their facial expression, so my face might have been frustrated or upset," said Smith who added dealing with law enforcement can be especially intimidating.

"Deaf people are afraid of the police. If police are behind me with the siren, oh, it's extremely frightening for me," Smith said. "It's important that people take the time and are patient in order to assess what's really happening."

According to DCS, it's estimated roughly 10% of the population is deaf.