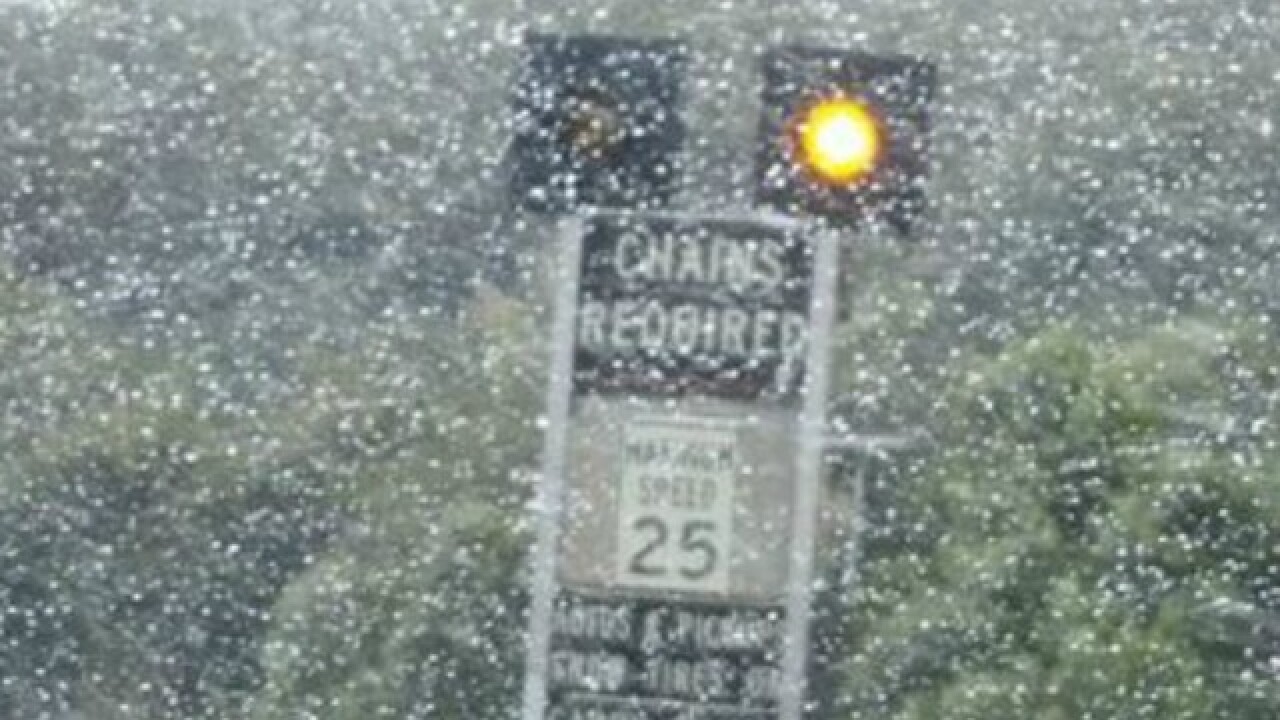 SAN DIEGO (CNS) - A blustery late-winter storm delivered rain, hail, lightning and mountain snow to the San Diego area today for a second consecutive day.
PHOTOS: Storm barrels into San Diego county
The unsettled atmospheric system moved across the county from the northwest, making for a wet morning commute. Scattered precipitation and gusty winds continued through the afternoon and will dwindle during the evening hours, the National Weather Service reported.
Over a 24-hour period ending at 4 p.m., according to the NWS, the bands of dark clouds dropped 1.52 inches of moisture at Lake Morena; 0.76 at Lake Henshaw; 0.65 in Rincon Springs; 0.61 in Bonsall; 0.52 in Escondido and at Sutherland Dam; 0.48 in Oceanside and Poway; 0.45 in the Granite Hills area; 0.44 at McClellan-Palomar Airport and Wohlford Dam; 0.42 in Campo; 0.4 at Rainbow Camp; 0.38 at Dulzura Summit; 0.33 at Montgomery Field; 0.32 in San Ysidro; 0.27 at Brown Field and in La Mesa; and 0.24 in Bonita.

The snow level is expected to drop to about 4,000 feet tonight, with drifts up to 14 inches deep accumulating in altitudes above 5,500 feet, forecasters said. Authorities advised those traveling through the mountains to
carry tire chains, extra food and ample warm clothing.
An NWS winter-storm warning for the East County highlands will remain in effect until 3 a.m. Tuesday, and a coastal-flood advisory will expire nine hours later. A wind advisory for the valleys, mountains and deserts will be active until 8 p.m. today.
Following the overnight departure of the storm, a high-pressure zone is expected to settle over the region and linger for at least several days, making for dry conditions, according to meteorologists. The next chance of
precipitation will be late Friday into early Saturday, the weather service advised.
City News Service Modified 2016