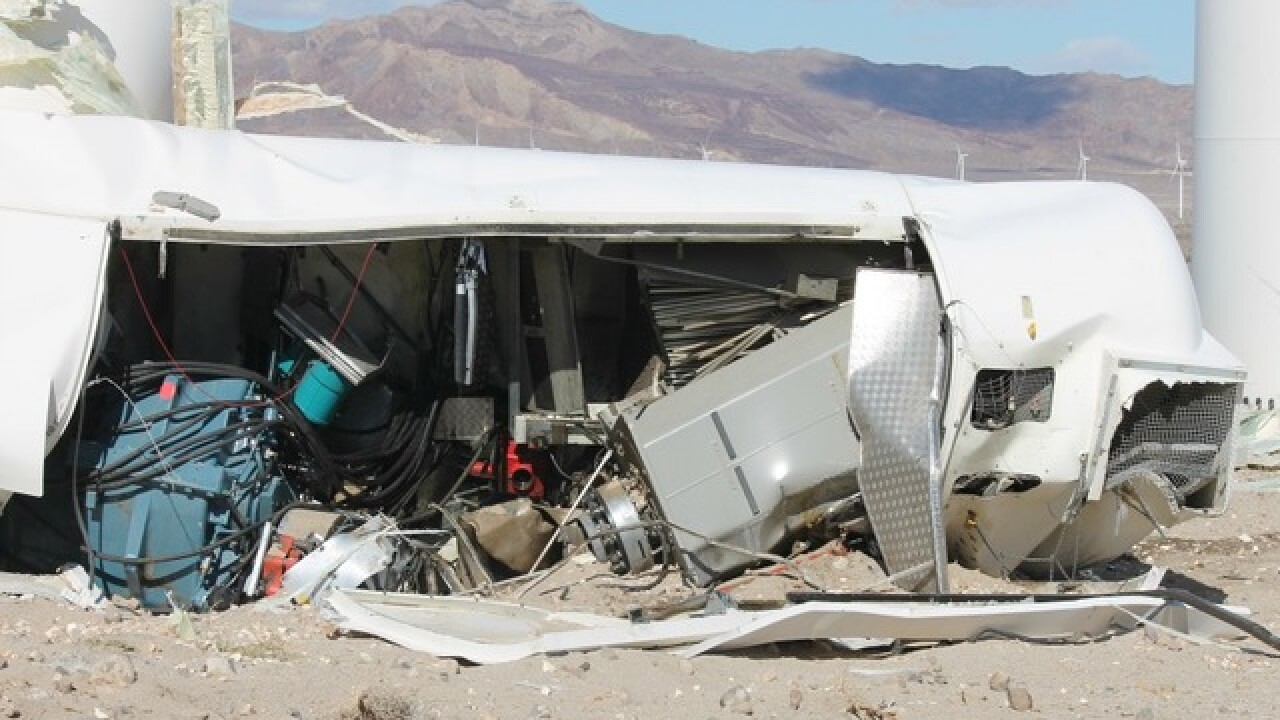 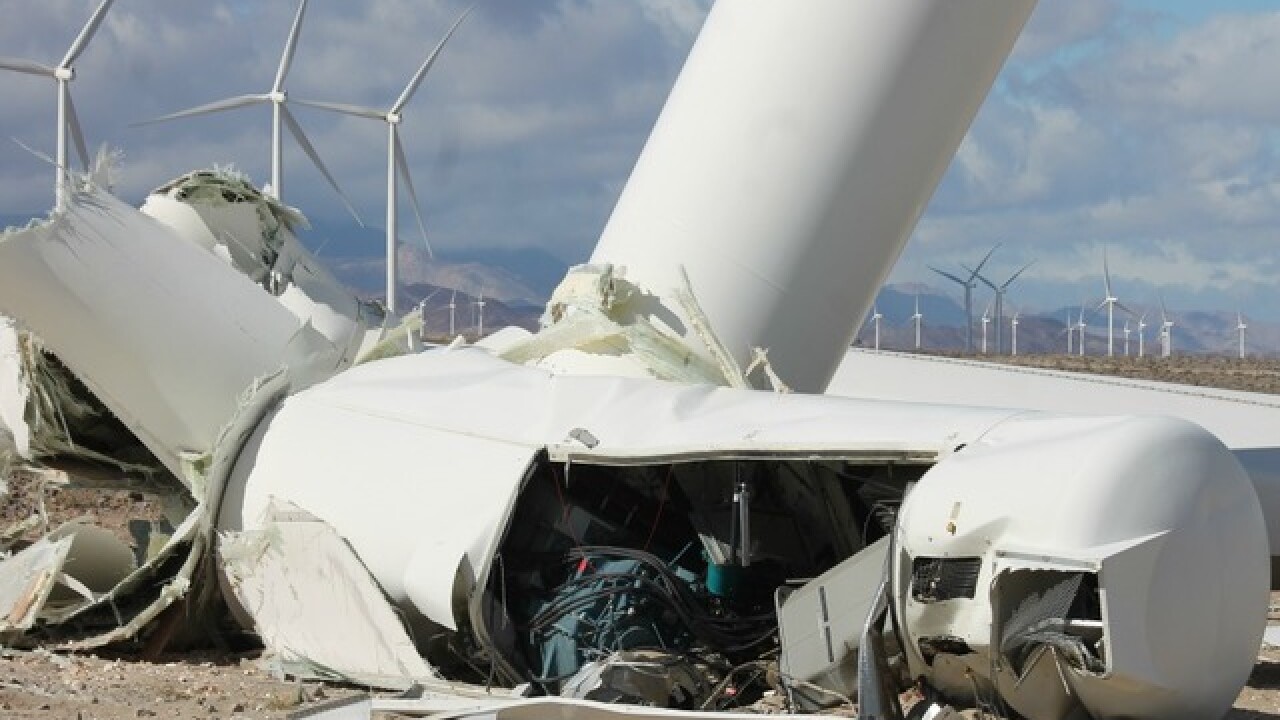 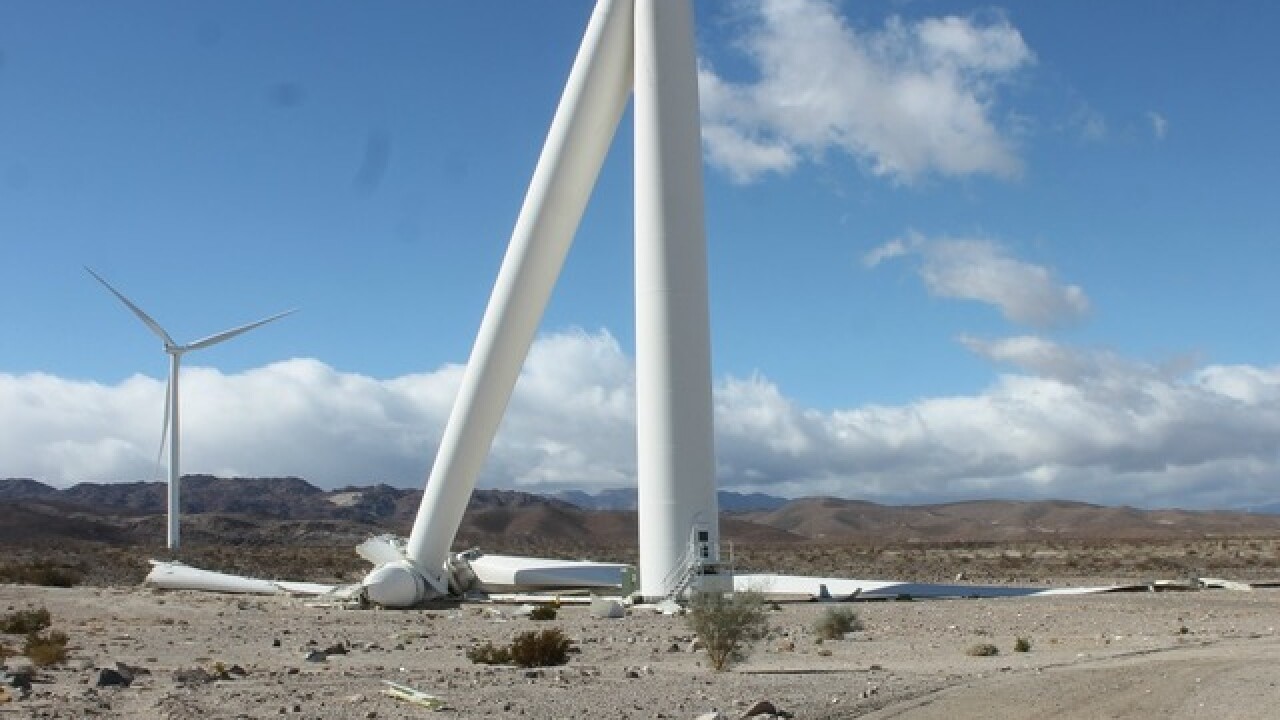 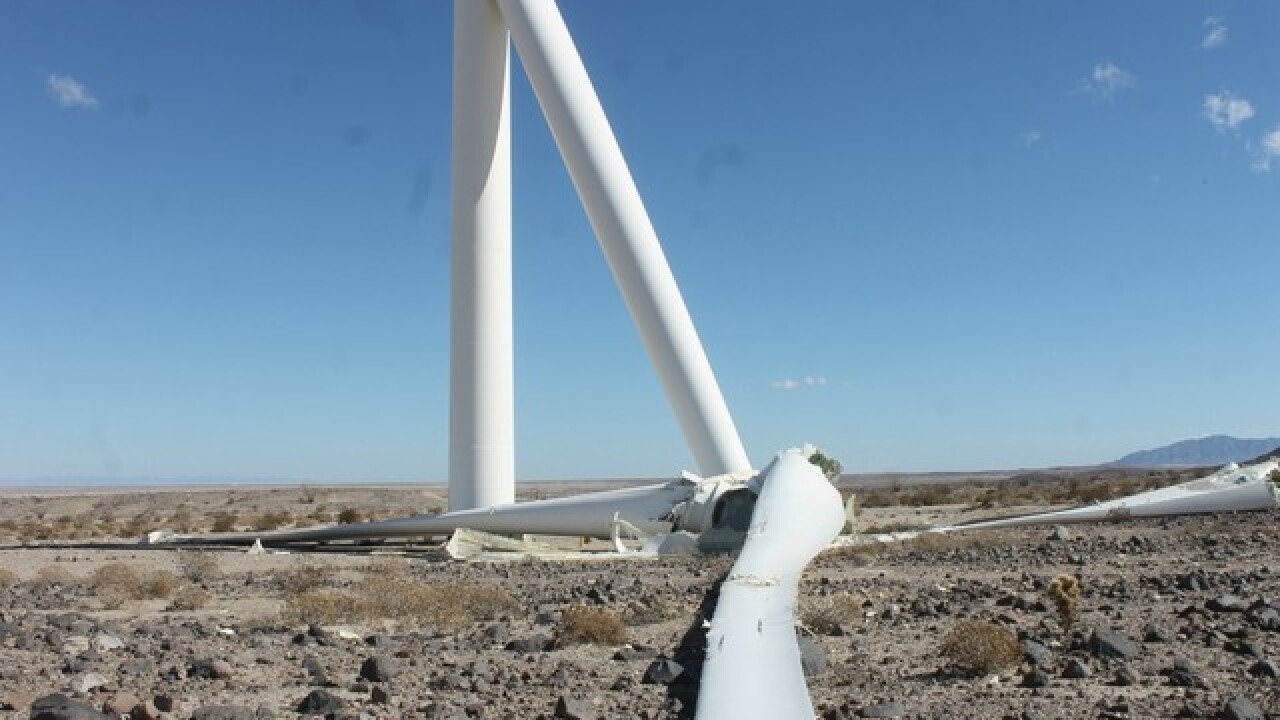 Ocotillo resident Jim Pelley told East County Magazine that the ground was not saturated from the day's rainfall and the foundation was intact.

10News contacted the company that built the turbine, but the company has not returned calls as of Tuesday morning.