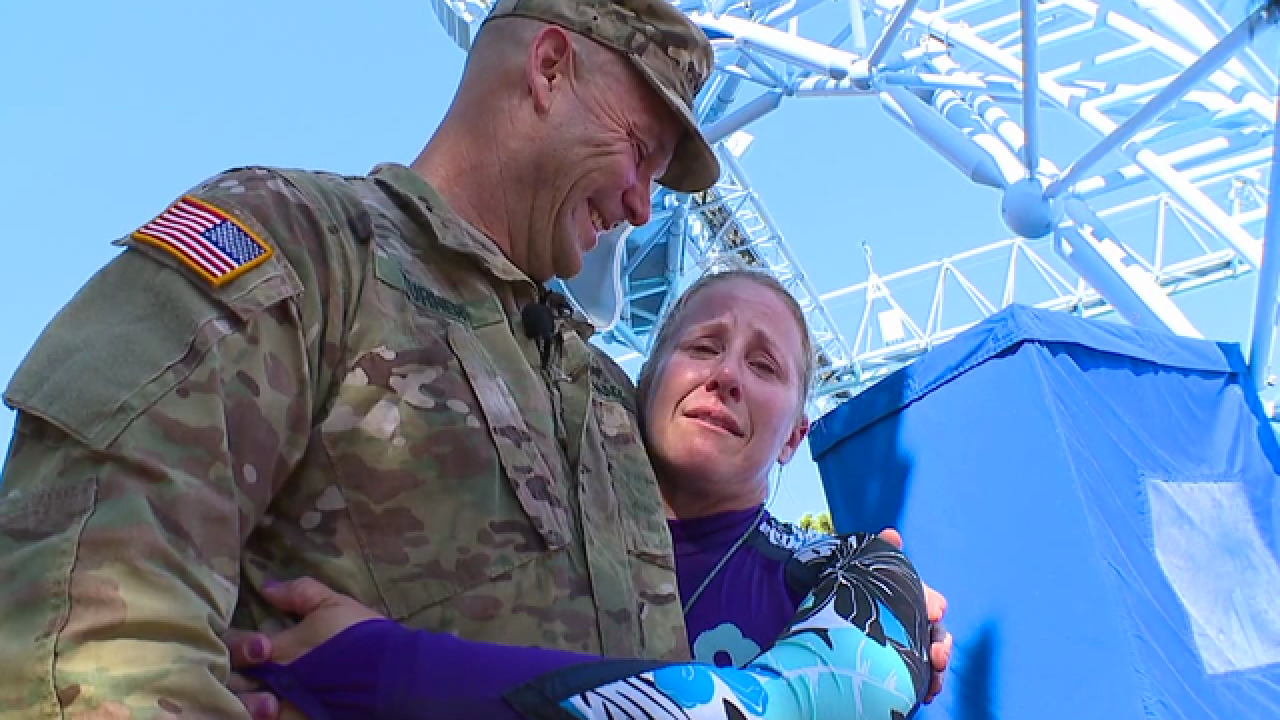 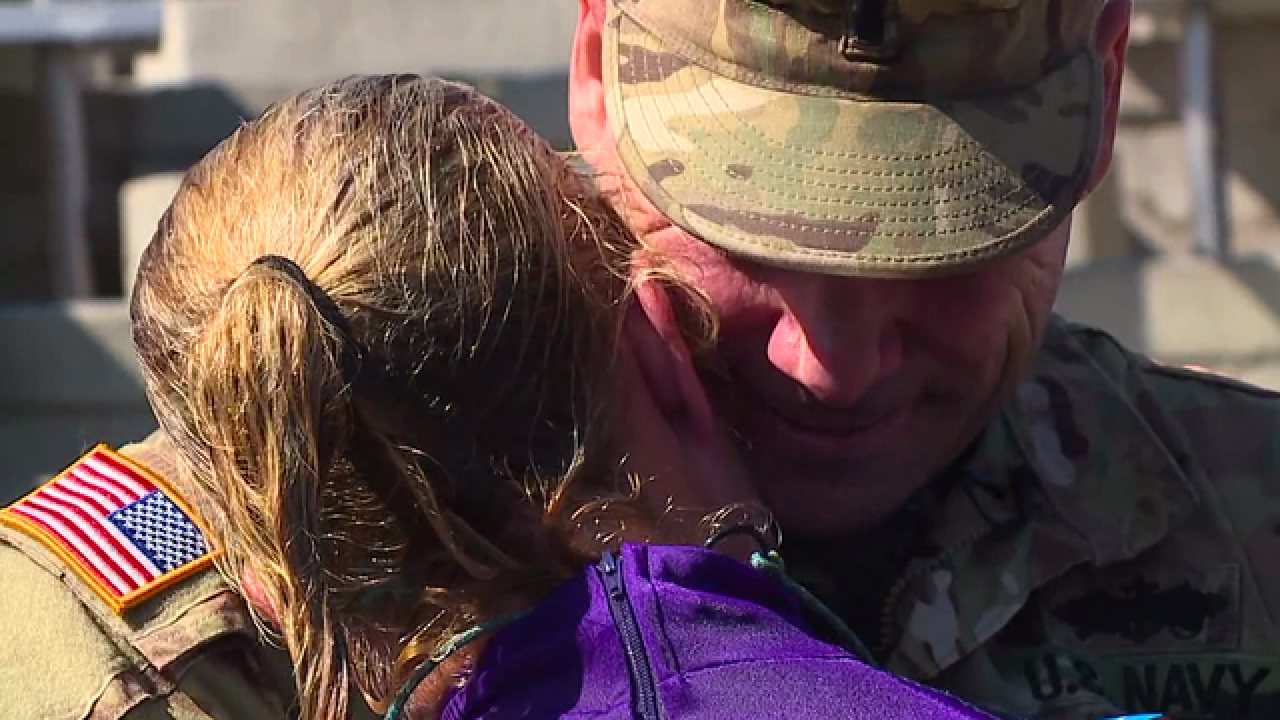 SAN DIEGO (KGTV) --Three hours after returning from his deployment, Navy Lt. Eric Turner went to Seaworld. Not for the same reason as most visitors though - he was there to surprise his wife.

Beckie Turner is a trainer. Hundreds of people pack in to see the "Dolphin Days" show at the park. Beckie does it every day, but Wednesday, September 13 there was something different going on backstage.

"She's not expecting me, she thinks I'm on medical hold or something like that," her husband told 10News Reporter Bree Steffen.  "I hope she's not mad haha."

Lt. Turner is back early from his 11-month deployment in the Middle East.

The couple was reunited after he walked down the arena stairs, people cheering as Beckie got out of the water and embraced her husband.

"It's nice to have him home," she said, tearing up. "Thank you all for being a part of it, it's really special."

Eric and Beckie have four kids, have been married 10 years, and both of their parents served in the Navy.