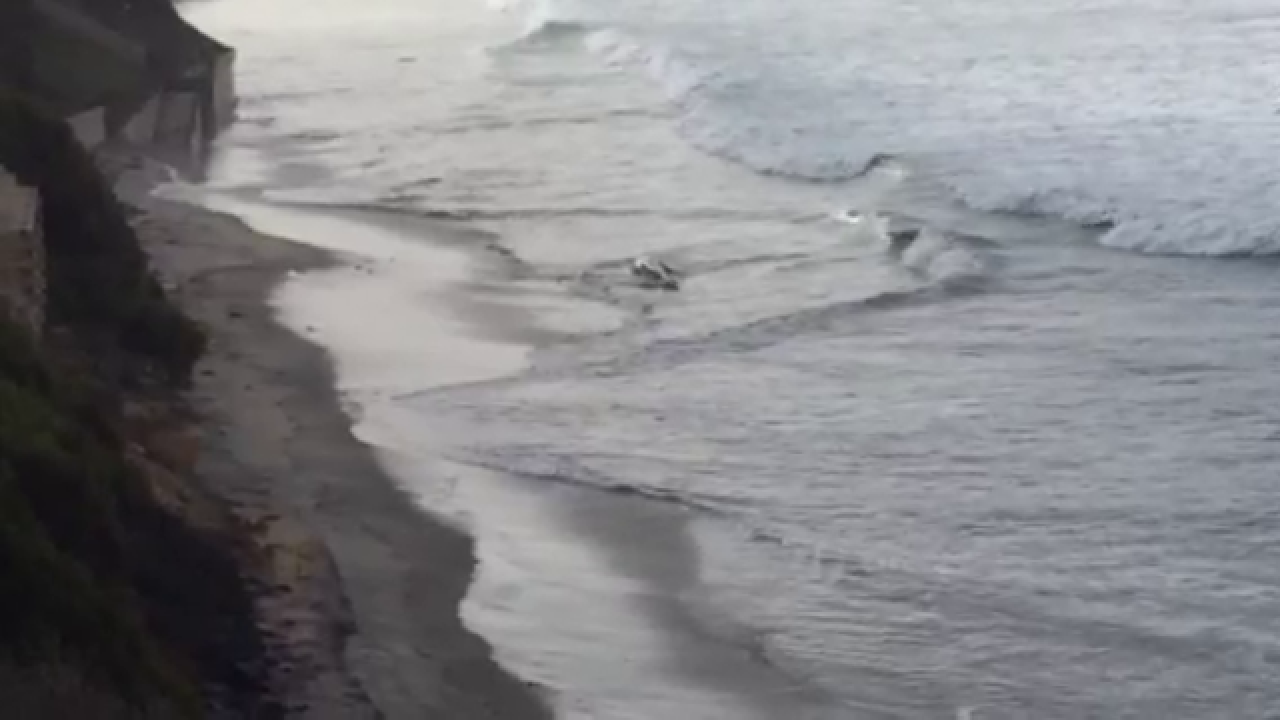 A beachgoer found the roughly 22-foot carcass at the edge of the water in the Del Mar Shores area of southern Solana Beach shortly before 7:30 a.m., lifeguard Sgt. Greg Uruburu said.

City crews waited for low tide, then used a heavy-lifting machine to load the whale onto a flatbed truck for transport to Miramar Landfill. The personnel had the carcass off the beach by about 3 p.m., Uruburu said.

It was unclear what caused the death of the whale, which was believed to be 1 to 2 years old, though a National Marine Fisheries Service employee told lifeguards it appeared to have been undernourished, the sergeant said.

NOAA marine biologists would only guess the calf was on its first migration. They took several tissue samples from the whale before it was lifted off the beach.