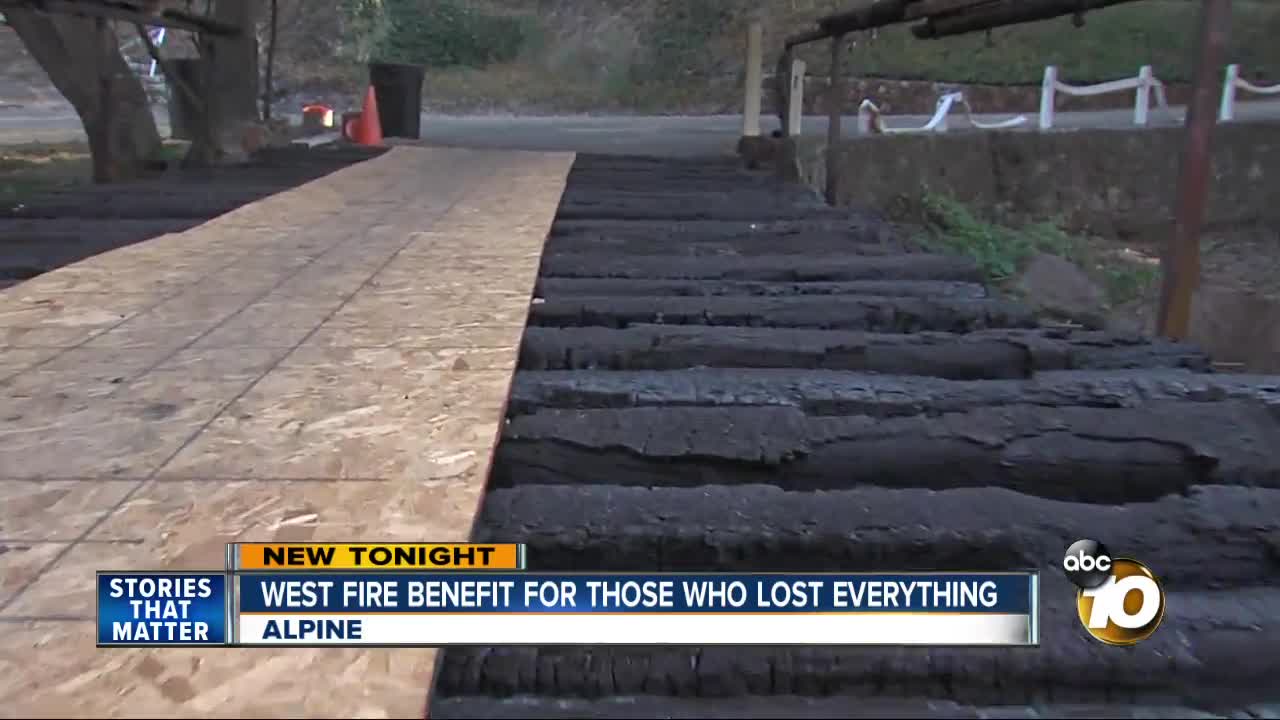 The West Fire Benefit Dinner and Auction raised more than $40,000 for families devastated by the fire. 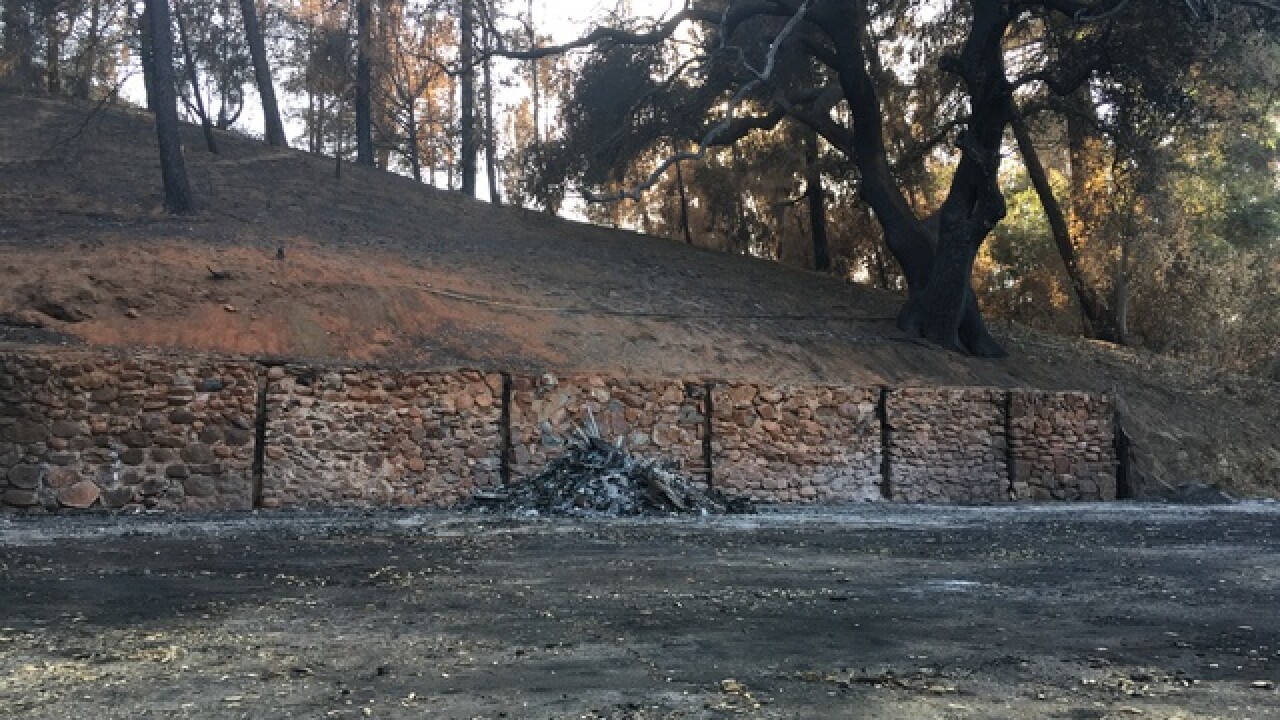 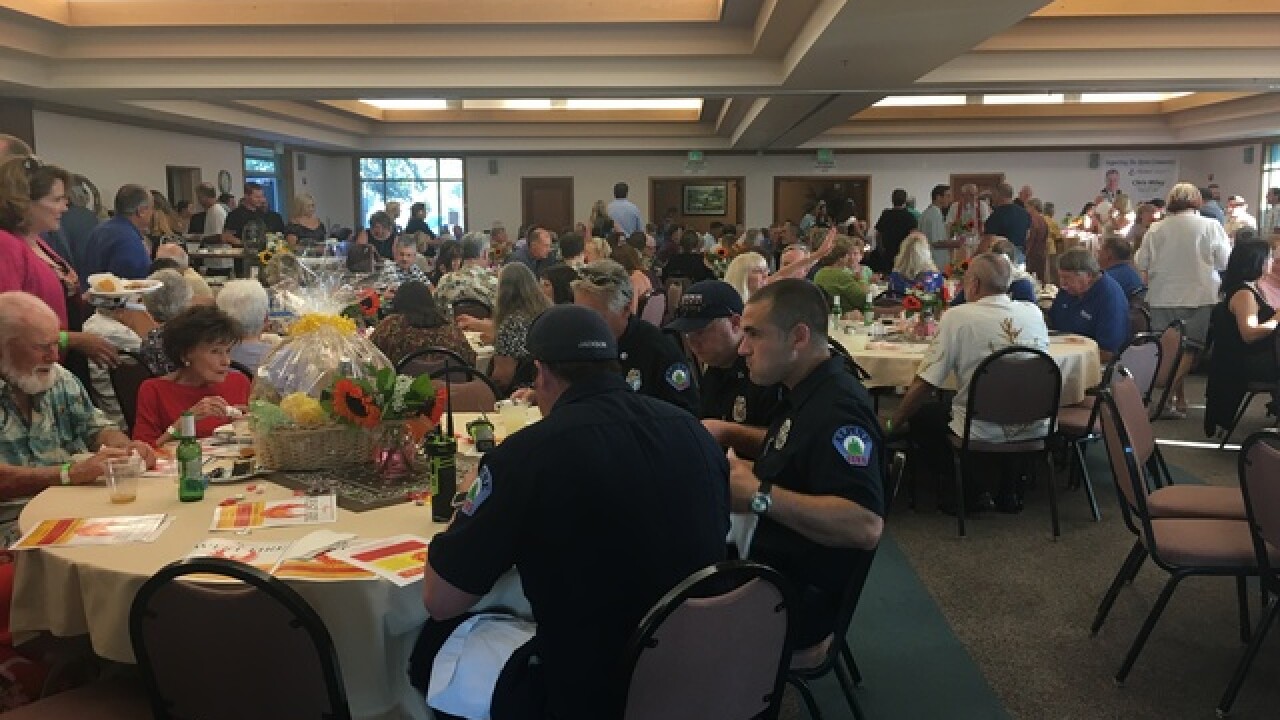 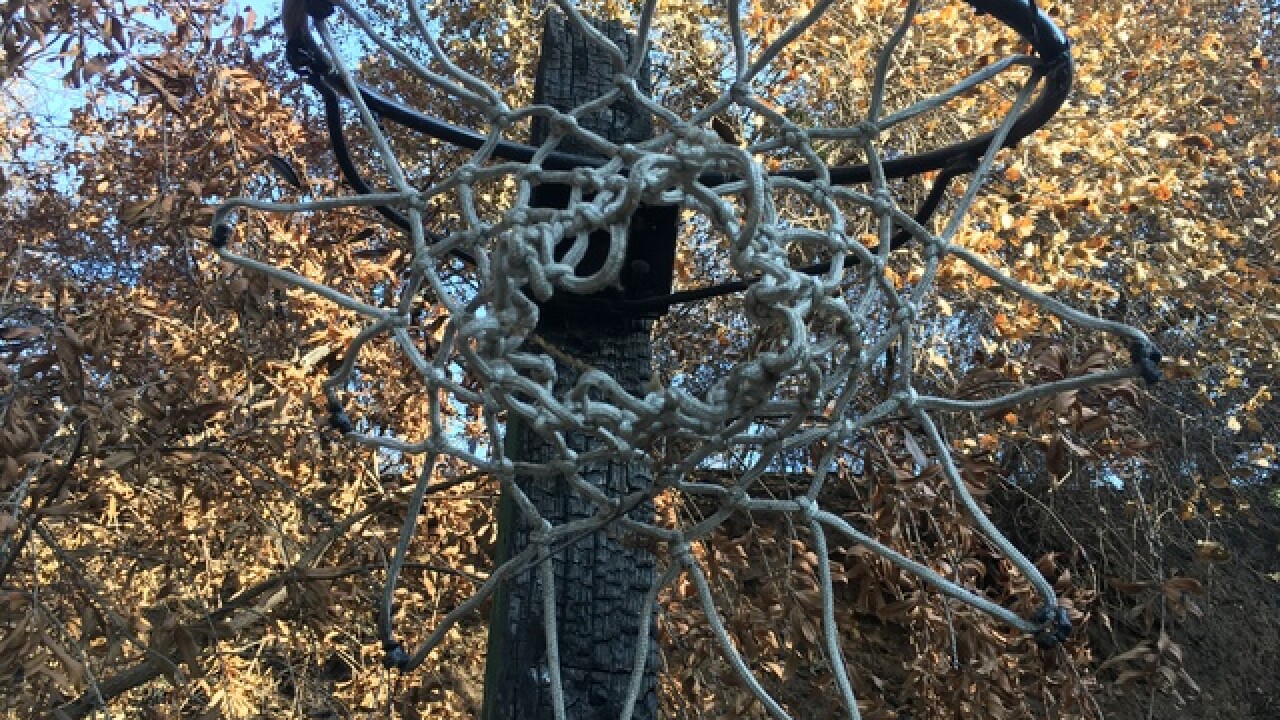 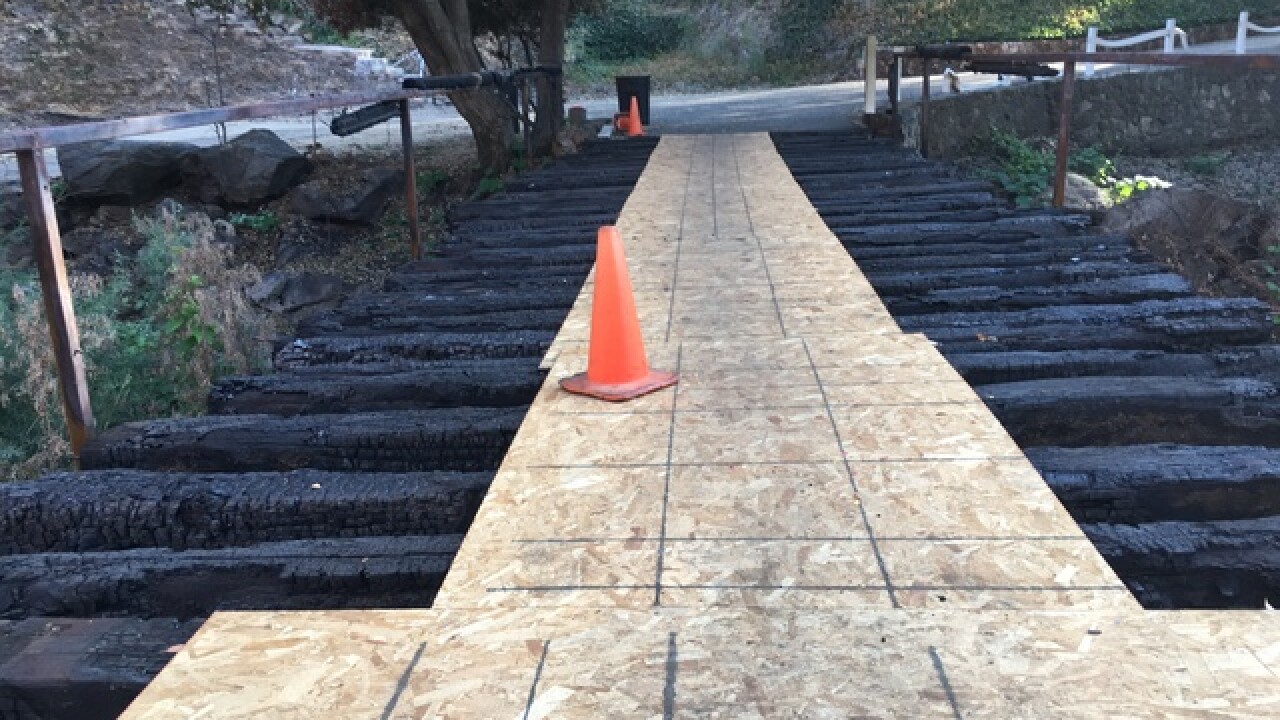 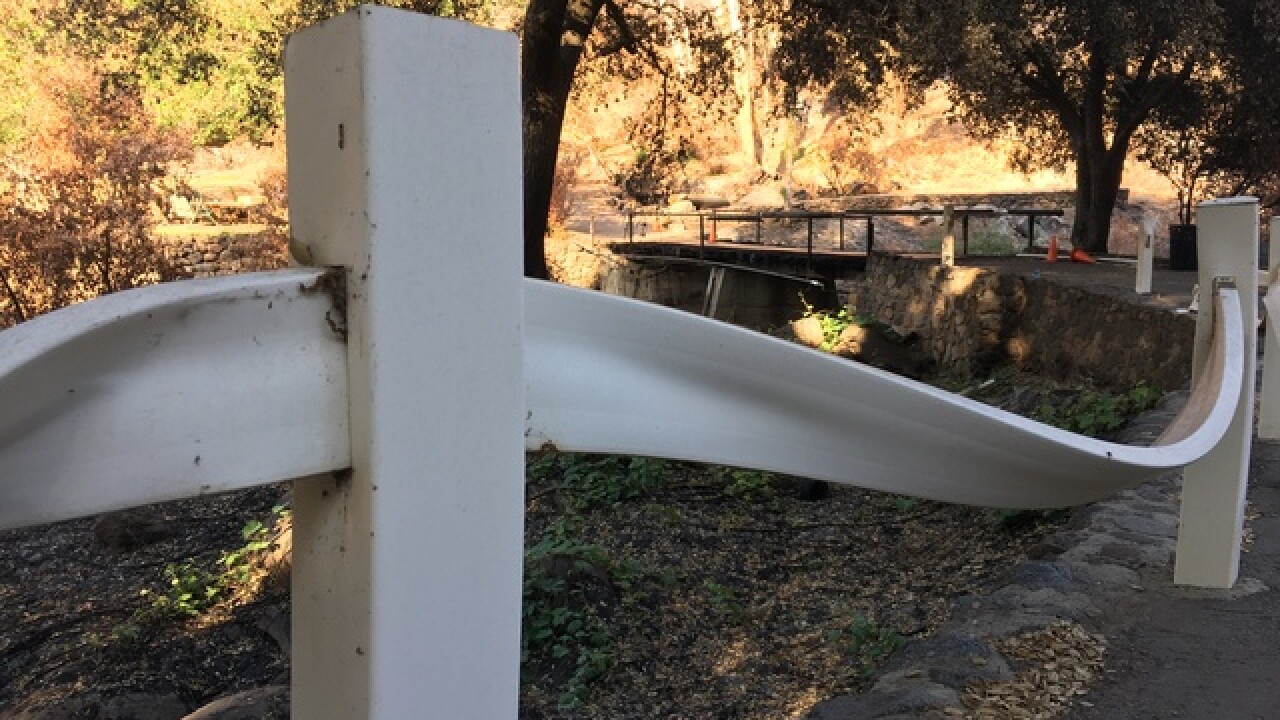 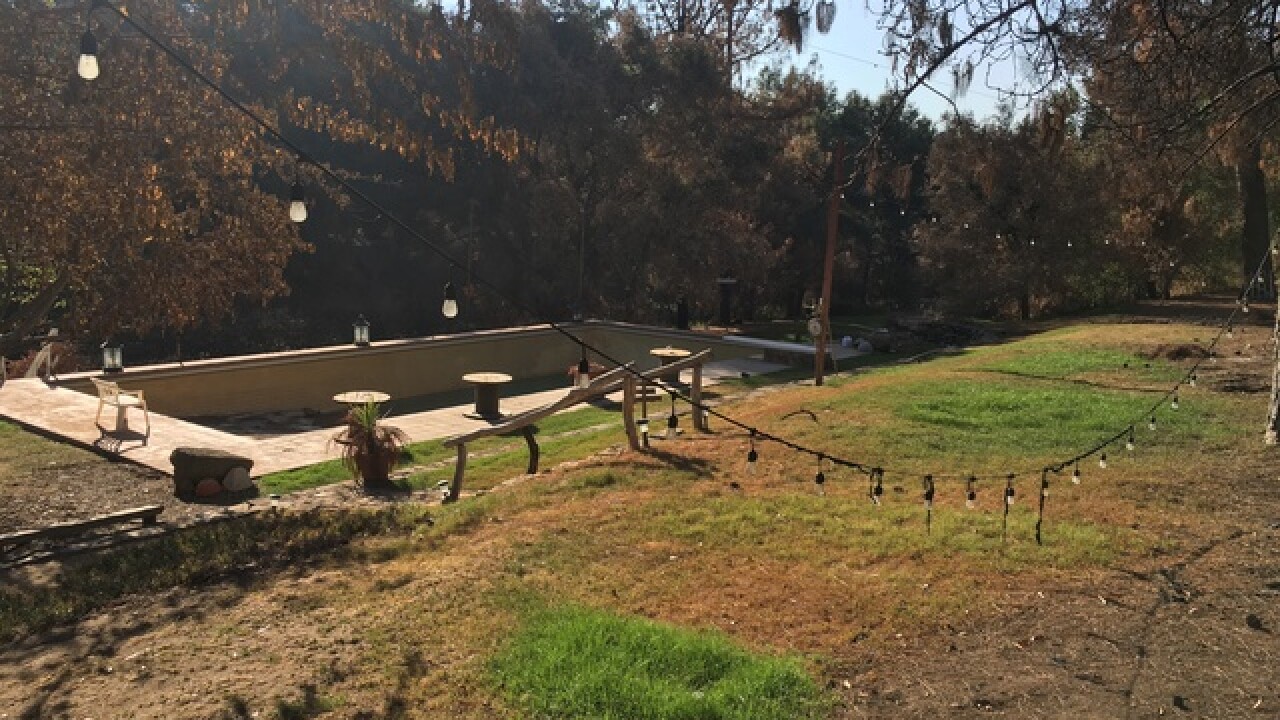 ALPINE, Calif. (KGTV) - The West Fire Benefit Dinner and Live Auction held Saturday night in Alpine raised at least $40,000 for the families who lost everything.

A final tally of all the money raised could take up to a week; all of it going to the Alpine Foundation. The Community Resource Team (CRT) will distribute the funds based on merit.

"We're a case management agency for long-term recovery and that's getting people from the point that they're at now, to the end when they're in safe and sanitary conditions and what we hope to do is fill in any gaps," Case Manager with CRT Dawn Hubert said.

More than 400 people attended the standing room only event.

The phoenix emblazoned on the center of the program a fitting metaphor for the families who have been working through ashes over the past month and a half.

Colin Campbell is living the transition, telling 10News he was far from the flames when the West Fire swept through, but his heart was at the family ranch.

"He said you've got about a minute to escape the fire," Campbell said a Sheriff's Deputy was the one knocking on his parents' door, helping them and his brother escape the imminent danger.

"My dad literally left without his phone his wallet, anything," he said.

The next day, he came to see the damage. He said it was eerie, "absolutely devastating, but the oddity of it, where all the structures had once been, I could still see them."

He envisioned all of the buildings he's known for years where ashes sat. In the backyard, melted string lights hung limp, a burned popcorn machine set at the edge of the grass, opposite a nearly drained pool.

Across the patio, a picnic table was transformed into something out of an archeology dig, with two stacked sifting trays as the end of a pile of shattered pottery.

"Dozens and dozens of other volunteers came out to our property on August 4th, during a really hot day and gave us about 8 hours of their time," Campbell said while the funds will help, you can't put a price tag on hope.

"This caring community has conveyed that and given that hope, that's what was most important," he said knowing somehow it will get easier to come back and work toward a new beginning.