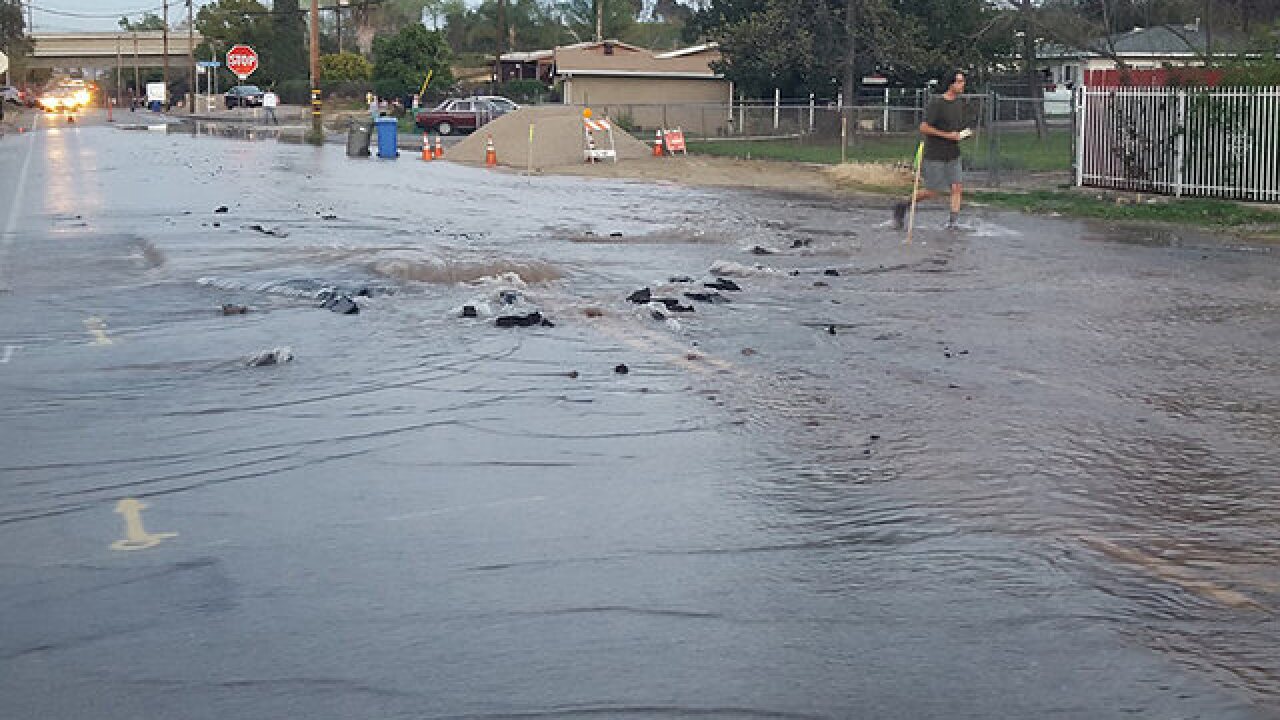 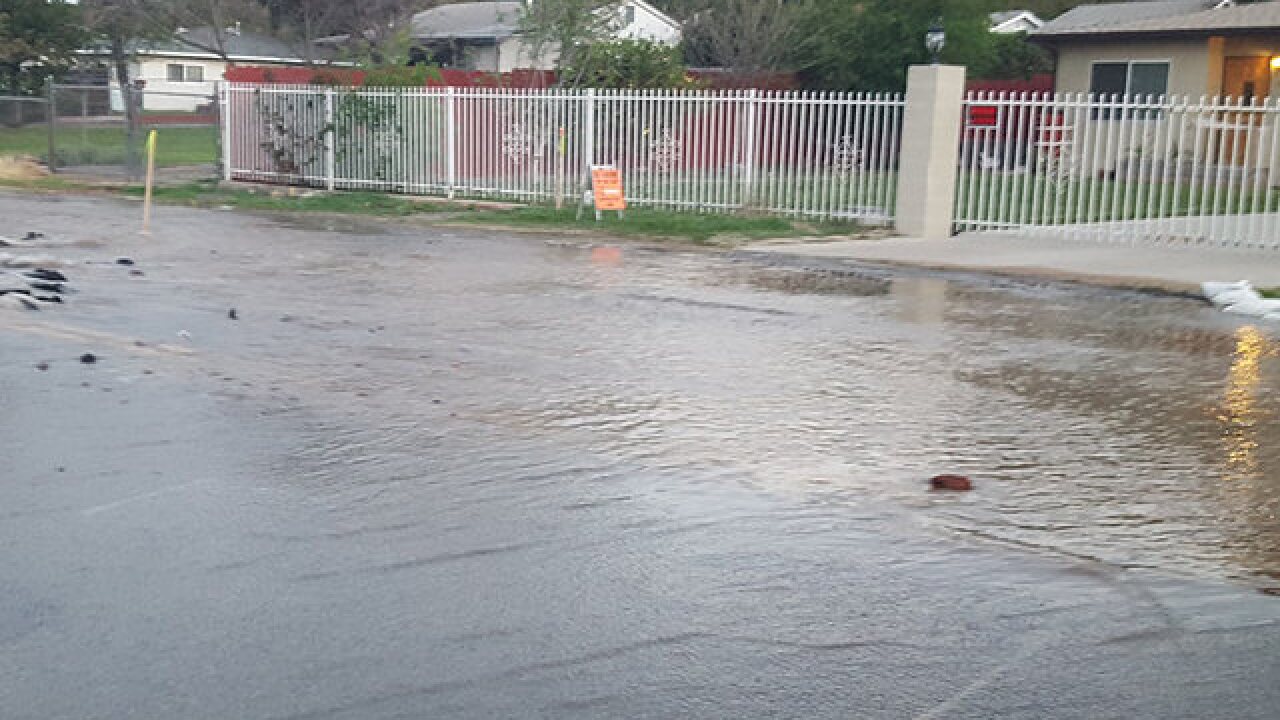 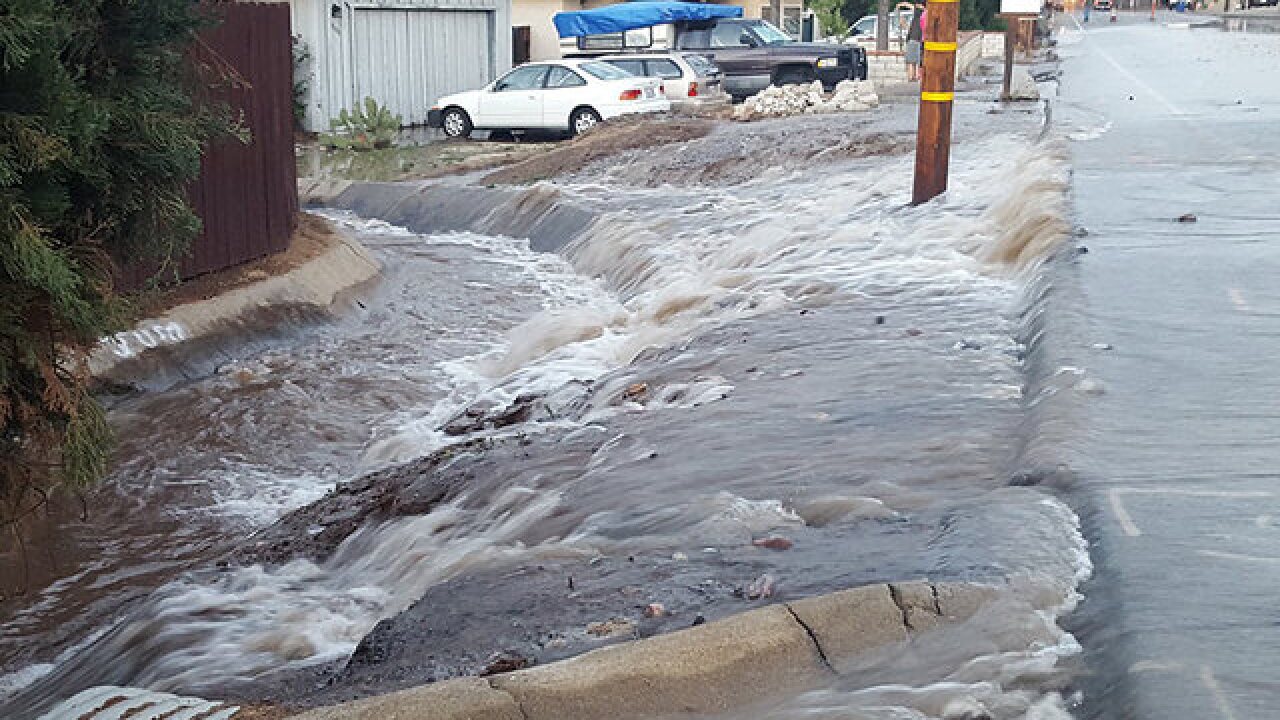 SANTEE, Calif. -- A broken water main sent water gushing onto a street in a Santee neighborhood Thursday evening.
The break was reported shortly after 6 p.m. at the intersection of Prospect Avenue and Our Way. Thousands of gallons of water were sent pouring down Prospect Avenue, sending mud into yards and garages. Padre Dam Municipal Water District crews were able to shut off the water by 6:30 p.m.
It left several residents without water for a second straight day. Crews had already shut off the pipes on Wednesday while doing some repairs.
“She heard this rumbling noise and turned and looked and saw all this water coming and came out to the front of the yard here and saw the water just spewing up like crazy," resident Becky Kennedy told 10News.
Water service was restored just before 8 a.m. Friday. However, Prospect Avenue would likely remain closed throughout the day while repair work continued.
There is no immediate word on the cause of the main break or property damage.
Scripps Only Content 2016