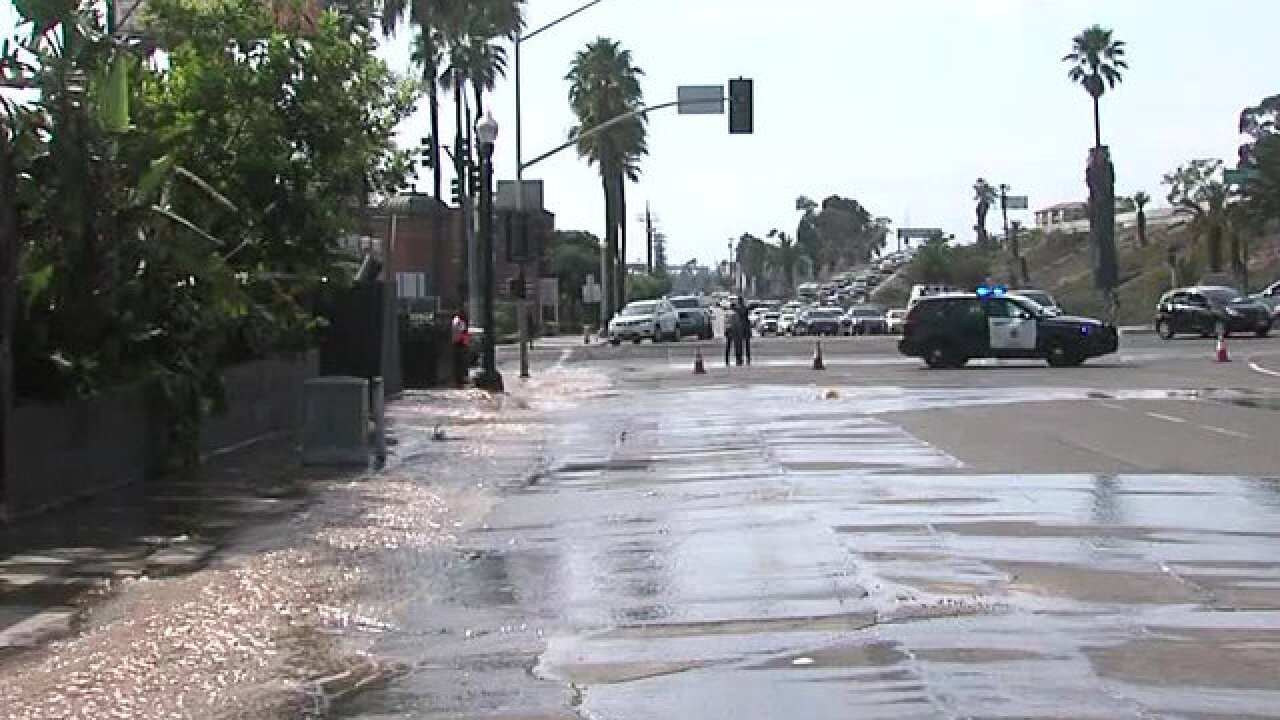 SAN DIEGO (KGTV) - Crews are working to repair a broken water main that sent water into the streets in the Mission Hills area and led to the early closure of several businesses.

The broken pipe caused water to gush onto the pavement and flooded some nearby businesses.

Due to the water damage, several affected businesses were forced to close early.

The water was turned off, and crews have been at the scene since the break to make repairs on the pipe and street.

Businesses impacted by the break are expected to reopen Thursday morning.