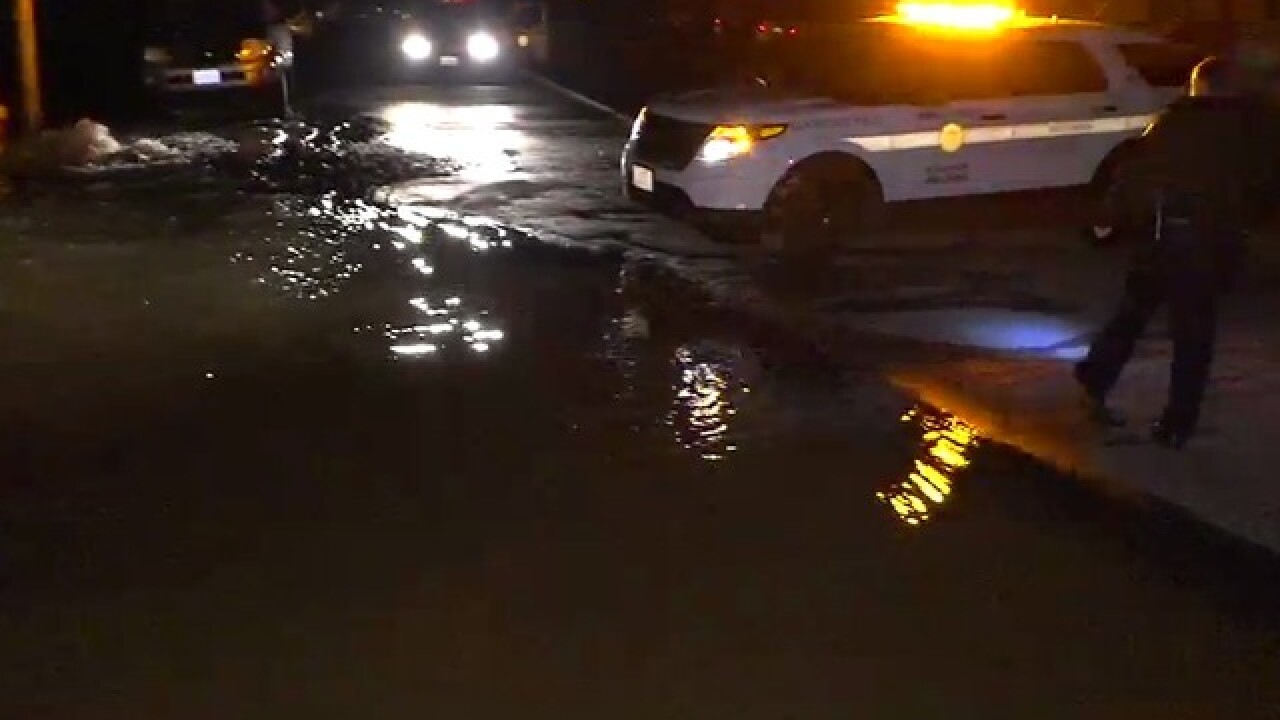 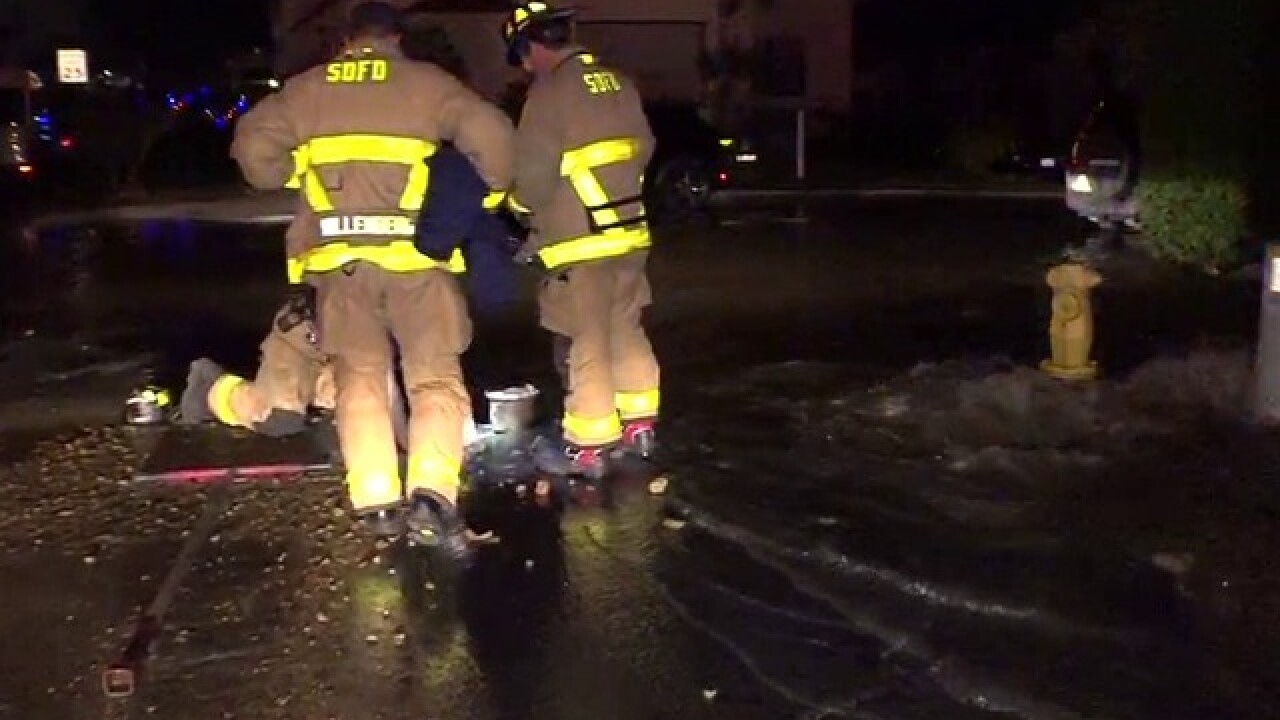 A city water line running underneath a Mission Hills street ruptured for unknown reasons early Monday, causing an overflow that eroded a roughly 4-by-5-foot sinkhole in the roadway and partially flooded a nearby home.

The ruptured fire-hydrant supply line began inundating the 1700 block of Fort Stockton Drive shortly after 5 a.m., according to the San Diego Public Utilities Department. Crews were able to get the problem under control within about an hour, police said.