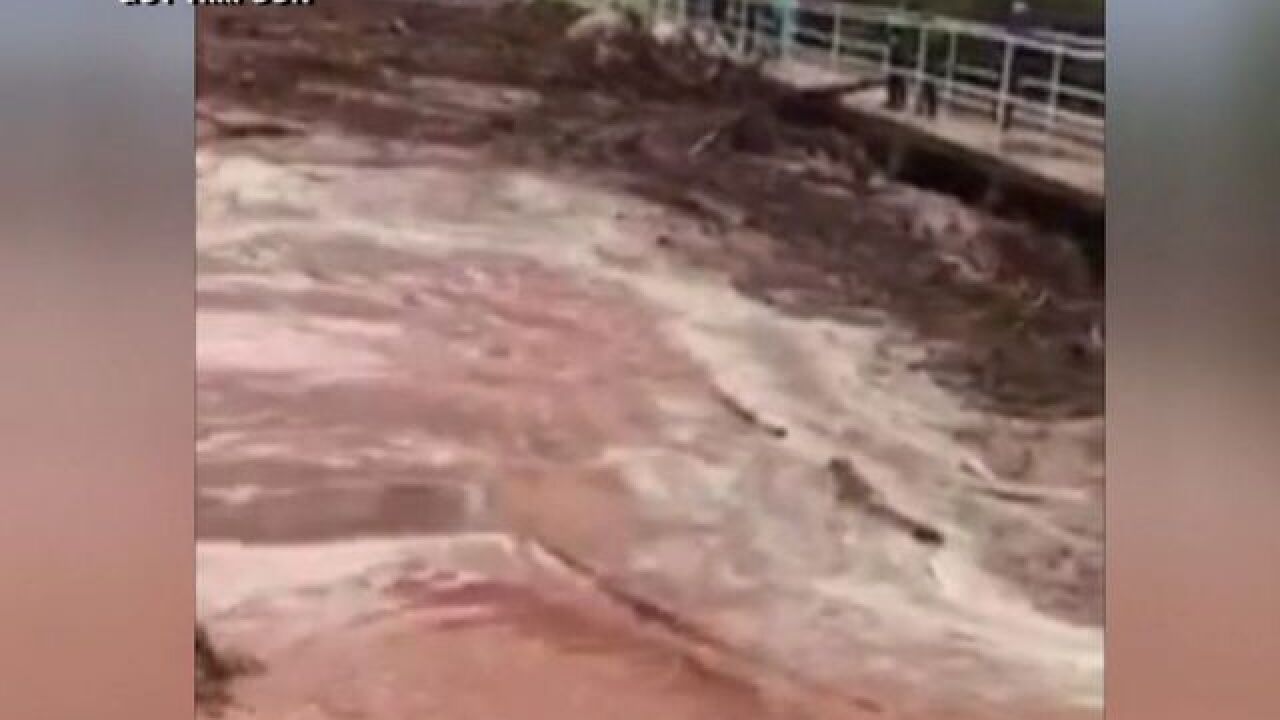 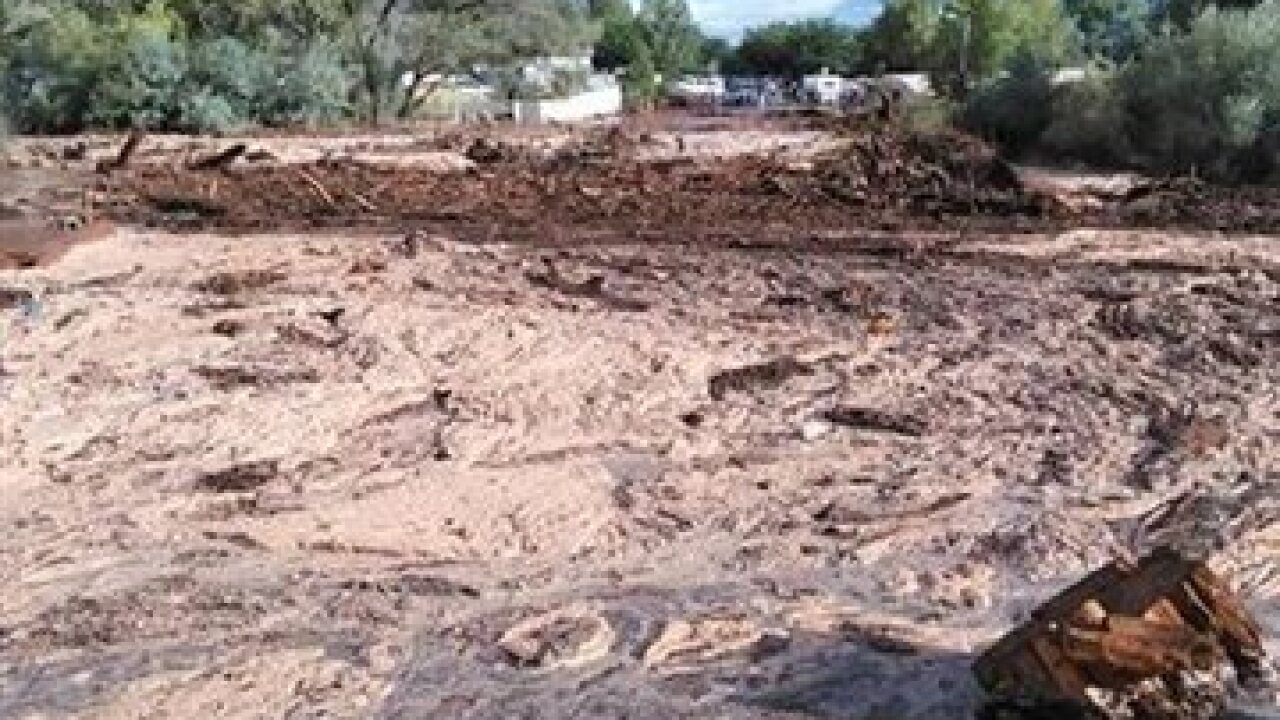 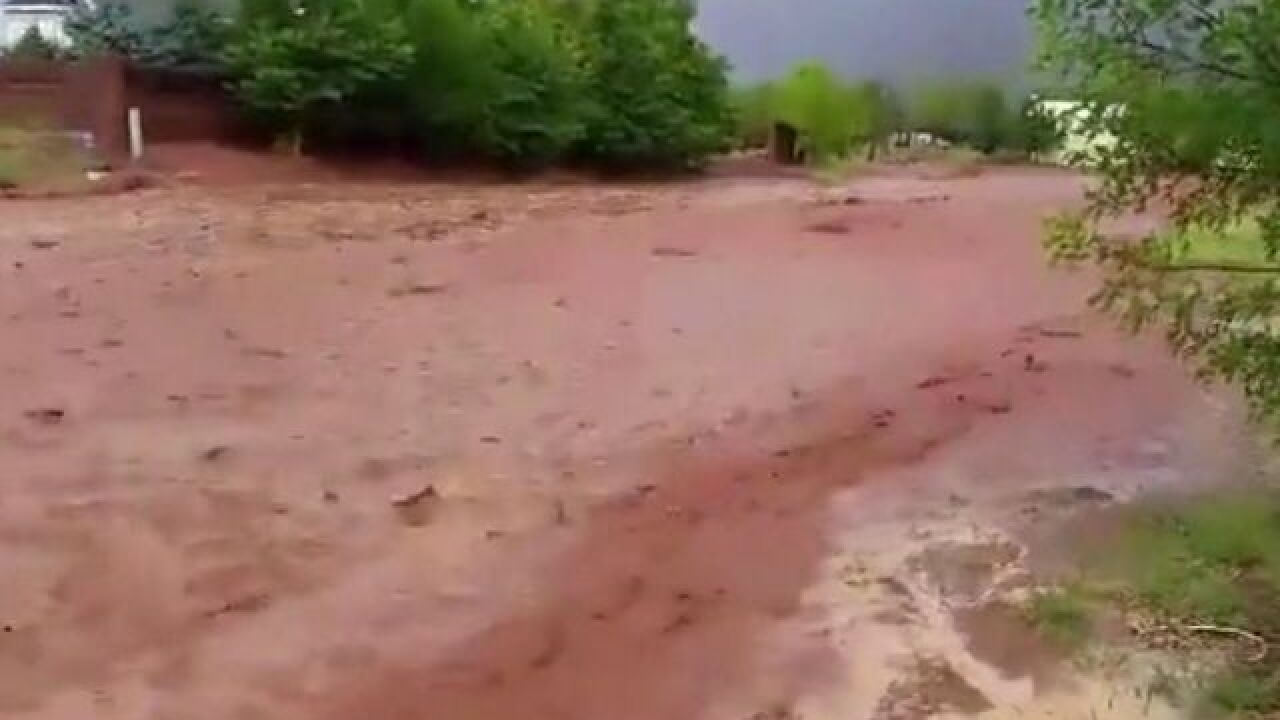 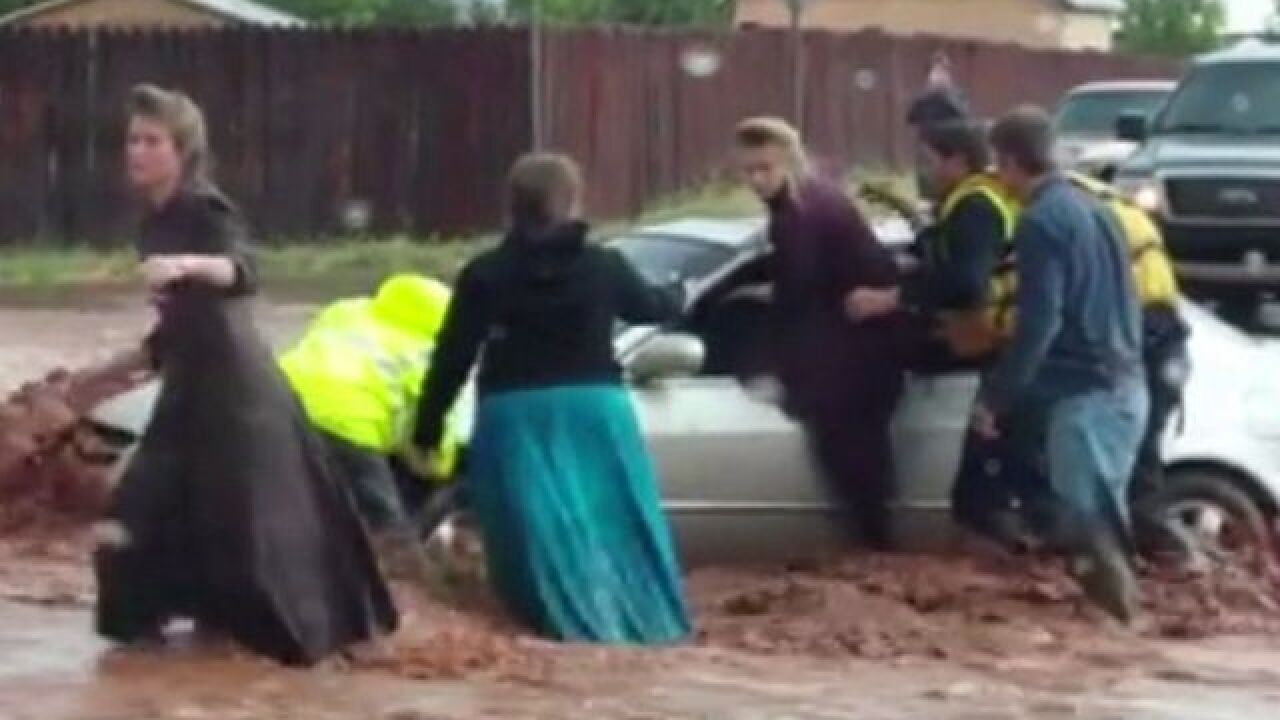 A wall of water swept away two vehicles carrying women and children in a Utah-Arizona border town, killing at least eight people and leaving five others missing in a community that served as a home base for polygamous sect leader Warren Jeffs, authorities said.

The flood "obviously caught these people off guard," Barlow told The Associated Press. "Witnesses say they were backing out of it trying to get away from it and it still swept them in."

One survivor was found downstream at a bank in town. Barlow didn't have information on the others who were rescued.

Chris and Lydia Wyler, of Hildale, say heavy rainfall usually draws spectators who love to splash in it and watch as it surges through creeks.

"People go out on the streets and kids will start playing," said Chris Wyler, 38. "But, this storm that hit yesterday, it was just so severe and so sudden."

"I've never seen a storm like this the whole 20 years I lived here," said Lydia Wyler, 38. "I had no idea it was going to be so dangerous."

Wyler's SUV was hemmed in by the floodwaters. She filmed women in braids and long skirts being pulled from a car in the path of a torrent of water.

Barlow said the rescue effort was ongoing through the night but scaled back because of treacherous conditions in the sister towns of Hildale, Utah, and Colorado City, Arizona.

He confirmed seven deaths Monday night, while the Utah Division of Emergency Management said in a later Facebook post that another victim was found and five people remain missing.

The floods came after heavy rains fell in the canyons just north of the towns, sending waves of water barreling through the streets. The towns sit at the foot of picturesque red rock cliffs about 315 miles south of Salt Lake City.

The women and children were in an SUV and a van on a gravel road north of the towns, Barlow said. It appears they were coming back from a park in the area when the flash flood hit, he said.

The National Weather Service had issued a flash flood warning earlier in the day, leading nearby Zion National Park to close all slot canyons as a precaution. Barlow said he doesn't know if residents were aware of the warning.

He said the water was well above normal flood stage. "This was several feet deep, at least, and even more treacherous in the narrow channels."

Members of the sect, whose members believe polygamy brings exaltation in heaven, are believed to be discouraged from watching TV, using the Internet or having much contact with the outside world.

More than four years after Jeffs was sentenced to life in prison for sexually assaulting underage girls he considered brides, the community is split between loyalists who still believe Jeffs is a victim of religious persecution and defectors who are embracing government efforts to pull the town into modern society.

The community is a patchwork of upscale, elegant residences surrounded by large walls and unfinished, dilapidated houses that remain just as they were in the early 2000s, when Jeffs ordered that all construction stop in Utah to focus on building his compound in Texas.

The flooding also caused other, less serious problems. Barlow said several blocks of homes are without power and water due to the flooding.

"We're pretty used to flash flooding, but this is significantly more than what we're used to," Barlow said.

The National Weather Service is forecasting scattered rain and thunderstorms Tuesday in the area.