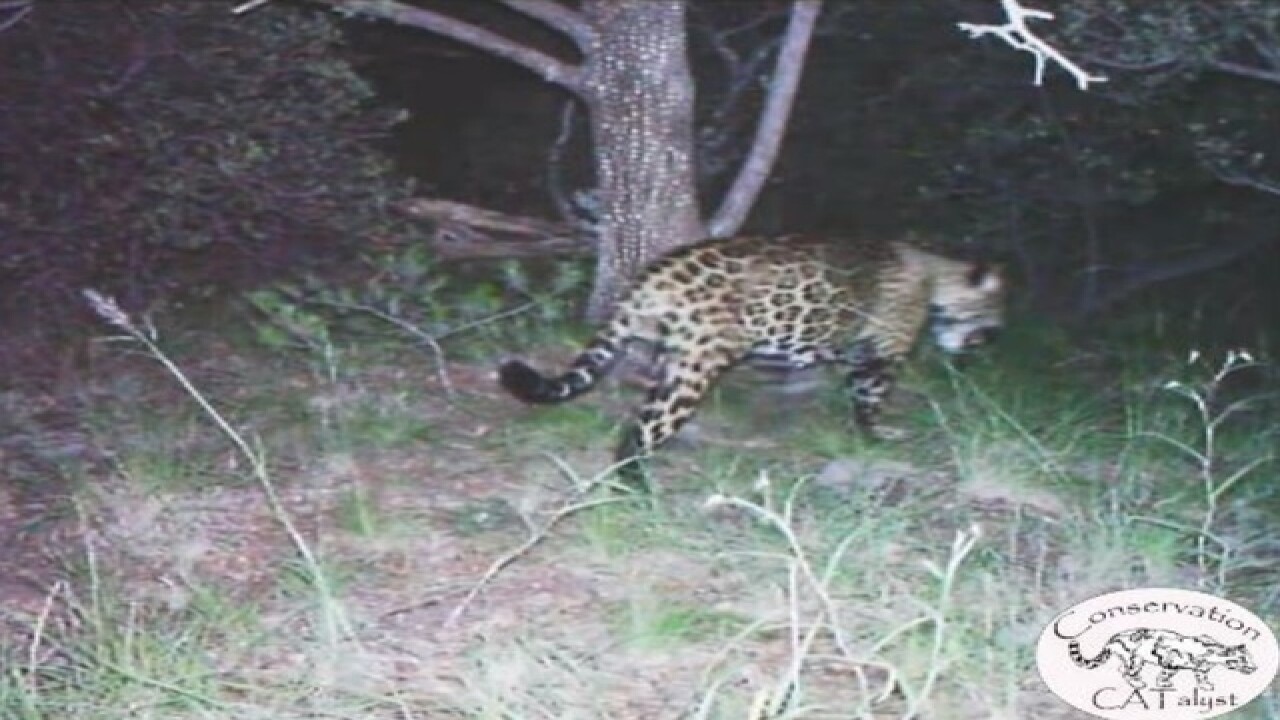 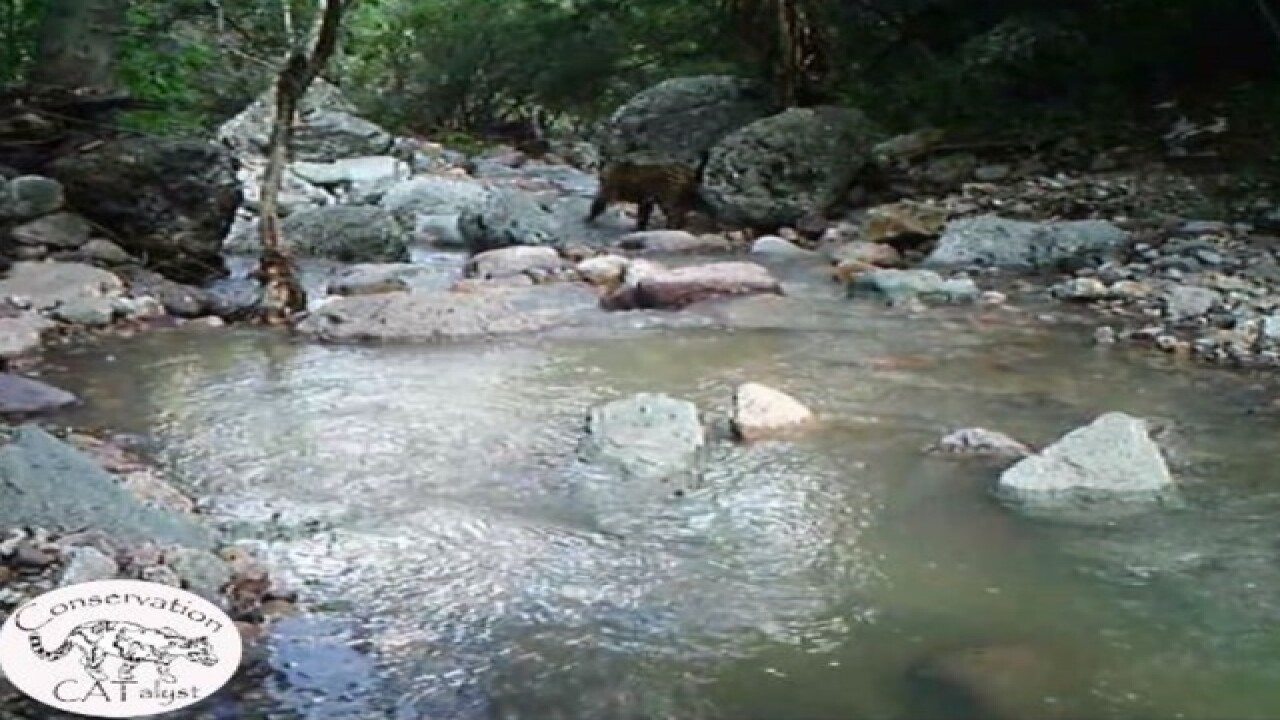 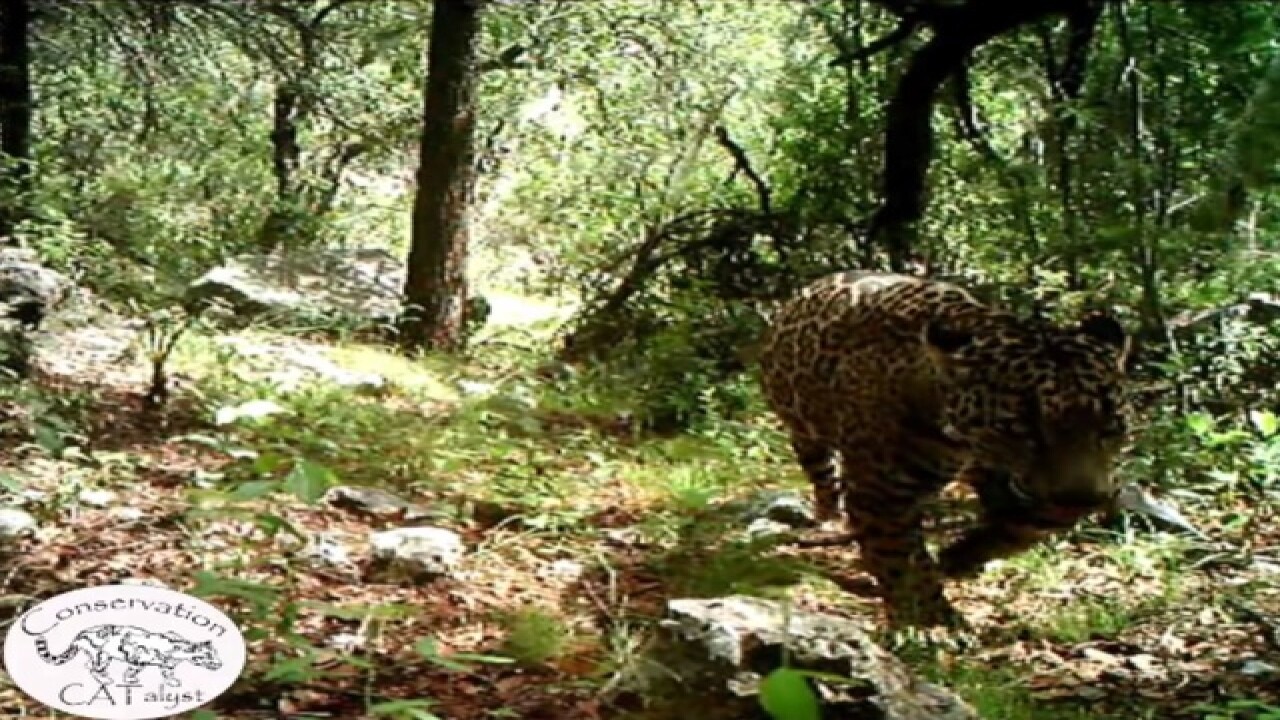 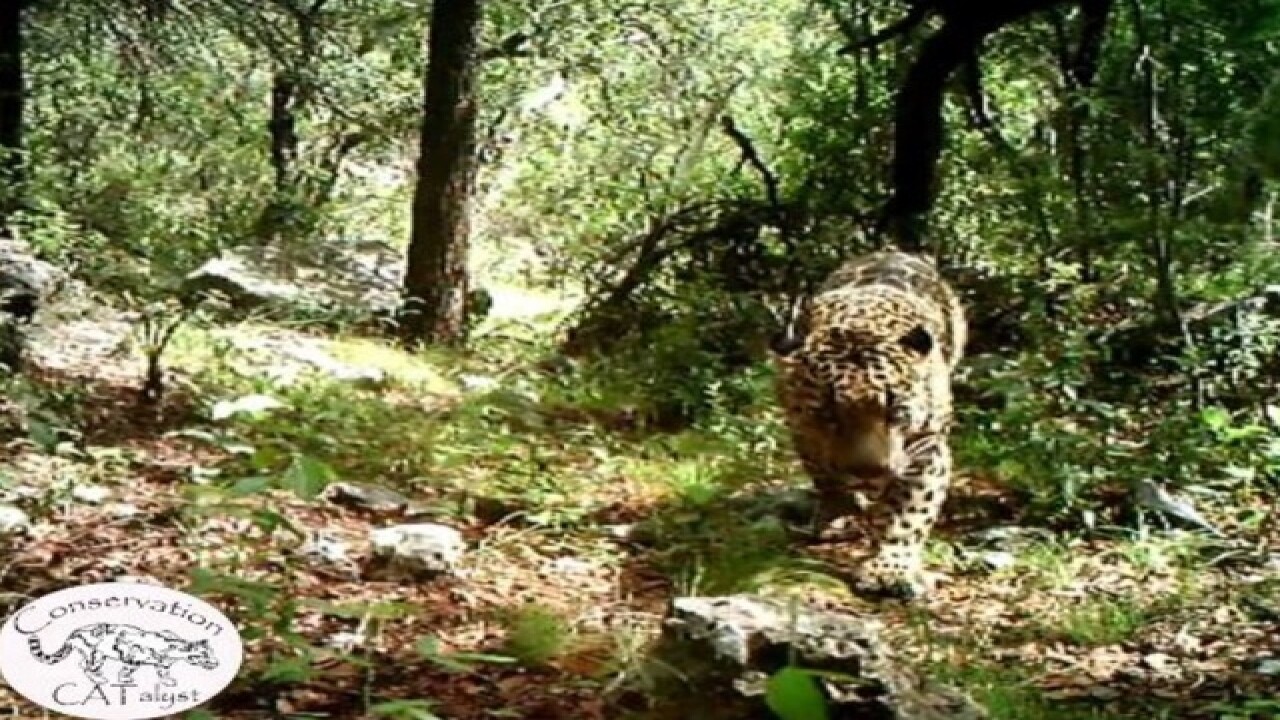 The only known wild jaguar in the United States is seen roaming around a creek and other parts of a mountain range just south of Tucson in the first publicly released video of the giant cat.
"El Jefe" -- Spanish for "the boss" -- has been living in the Santa Rita Mountains 25 miles south of downtown Tucson for over three years, according to the Center for Biological Diversity.
El Jefe is about 7 years old and is the only documented wild jaguar in the country. He is one of only four or five jaguars that have been spotted in the U.S. in the last 20 years.
"A lot of people have no idea that we have jaguars in the United States or that they belong here," said Randy Serraglio of the Tucson-based Center for Biological Diversity. "In bringing this video we hope to inspire people to care about these animals and support protection for their homes."
Conservationists say El Jefe's habitat is threatened by a proposed open-pit copper mine in the Santa Ritas. The proposed Rosemont Mine has been in the works for several years but is tied up in the permitting phase. A spokeswoman for the company that owns the mine, Hudbay Minerals, said she was working on a statement on Wednesday.
The videos of El Jefe were captured by Conservation CATalyst, an organization focused on conserving cats that The Center for Biological Diversity contracts with. Conservation CATalyst has about a dozen cameras in the areas where El Jefe lives and plans to add more, Serraglio said.
"We're getting a good sense of where he likes to go and what areas he likes to use, and travel corridors and that sort of thing," he said.
Jaguars roamed the Southwest but disappeared 150 years ago because of habitat loss and predator control programs aimed at protecting livestock. A hunter shot and killed the last verified female jaguar in the U.S. in 1963 in northern Arizona.
Conservationists don't know where El Jefe's mom may be, but say he first popped up in the Whetstone Mountains in 2011 when he was about 3 years old.
"She must be somewhere not too far away," Serraglio said.

Conservation CATalyst and the Center for Biological Diversity released new video today of the only known wild jaguar currently in the United States.Captured on remote sensor cameras in the Santa Rita Mountains just outside of Tucson, the dramatic footage provides a glimpse of the secretive life of one of nature’s most majestic and charismatic creatures. This is the first-ever publicly released video of the #jaguar, recently named 'El Jefe' by Tucson students, and it comes at a critical point in this cat’s conservation. Learn more here: http://www.biologicaldiversity.org/news/press_releases/2016/jaguar-02-03-2016.html

Posted by Center for Biological Diversity on Wednesday, February 3, 2016